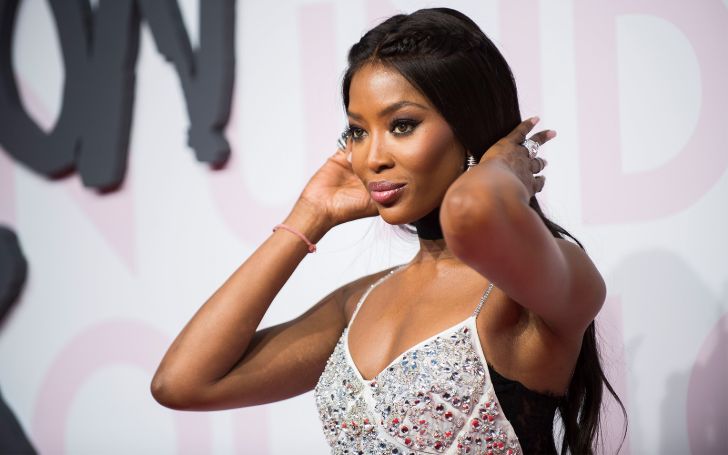 Instagram has become the best platform for all those who aspire to become a model. In fact, the platform has lately gained mainstream attention with the kind of attention and reach it gets.

Well, here we have listed 5 hottest black Instagram models in 2020 who have made it big in the modeling industry. The data is also partly based on the popularity of the model on Instagram.

She has been the recipient of some popular awards that make her stand at the first position on our list. The awards include CFDA Fashion Icon Award (2018), Glamour Award for TV Personality (2014), and Glamour Award for Outstanding Contribution (2006) to name a few.

Going live with ‘Ma’ – @patmcgrathreal tomorrow at 5pm EST for the first-ever beauty masterchat. We’ll gossip through all the incredible tips and tricks we’ve been doing backstage for decades. To join our MasterChat, sign up now via the link in my bio. Note that space is limited! See you there 😘

Naomi was born Naomi Elaine Campbell on 22 May 1970, in London, England.

Ulises Jr. is the one who has been in the business for a long time and sits at 2nd position in our list of top 10 black Instagram models.

A sports enthusiast, Ulises started with bodybuilding right from his high school days in 1995. Well, at present, he is popular for his 8-pack abs, and identifies himself as a bodybuilder, fitness model, bodybuilding and composition coach, director of personal training and whatnot.

Talking of his socials, he has over 8.3 million followers on his Instagram, as of June 2021.

At number 3 stands none other than Tyra Banks. The woman behind America’s Top Next Model, no wonder she stands in the third position. Well, she could top the list but it’s just the Instagram followers.

An inspiration to millions, Tyra is the first black woman who made it to the cover of the Sports Illustrated Swimsuit Issue.

At number four sits American model Jeremy Meeks with a follower of 1.6 million. Born on February 7, 1984, in Stockton, California, United States, Meeks is a former member of the group Crips.

Among all, Jeremy is recognized as the most controversial and scandalous with plenty of criminal records.

In fact, he gained fame after being caught in Operation Ceasefire that primarily deals with reducing gun violence in the States.

He even was sentenced with 27 months of imprisonment and that was the start of his fame. Soon, he got into modeling, signing a modeling contract with White Cross Management.

With his masculine presence and menacing past, he was given the title of “buff bad boy” by Vogue magazine in 2017.

Also, he ramp-walked at Milan Fashion Week along with German fashion designer Philipp Plein, which is enough proof of his accomplishments as a model.

She boasts a follower of 1.3m on her Instagram.