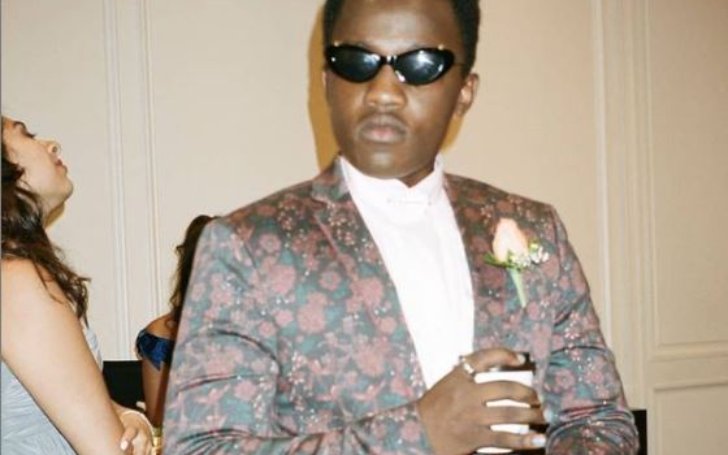 Trezzo Mahoro is a Canadian actor who has been active in the industry since 2015. The handsome actor appeared in multiple shows but is most famous for To All the Boys: Always and Forever.

Ever since appearing on the show, fans have been eager to know more about Trezzo Mahoro. His acting has won the hearts of many and is an exciting young actor to look out for.

However, the success didn’t come easily. Behind the scenes, he had been working hard to reach where he is today. Moreover, if it wasn’t for his mom then he wouldn’t be here today. In this article, let’s take an in-depth look into Trezzo’s life and find some interesting facts.

Trezzo Mahoro was Raised by a Single Mother

Mahoro was born on July 18th, 1996, in Rwanda, a country in East Africa. He was born to a Rwandan mother and father. Trezzo moved to South Africa with his family in his early childhood days.

Later on, Mahoro moved to Canada alongside his mother. The actor has mentioned a few times that he was raised by his single mom which clearly states his father doesn’t live with them. It seems his parents separated around the time he was an infant.

Besides, Trezzo is exceptionally close to his mother. And why wouldn’t he be? She is the sole reason he has been able to fulfill his dream of becoming an actor.

Does he have any siblings?

Trezzo Mahoro rarely talks about his family in the public because of which there is limited information. Although some fan sites claim he has younger siblings, it can’t be confirmed until he reveals them.

He once shared a family picture alongside three ladies on Christmas. One of them was his mother but as for the other ladies, their identity remains behind closed doors. They might be his younger siblings which the fans talked about but who knows.

In 2020, Mahoro appeared in the Coffee with Curtis show, hosted by Curtis Lum, a fellow Canadian actor. In the segment, he opened up about how his acting career came to be. While talking on the subject, he said that having an ethnic mom doesn’t really allow you to do acting.

Similarly, Trezzo also didn’t want to explore acting because of his mom. However, before judging his mom, you might wanna read on!

So our boy Trezzo, after graduating high school, received a full scholarship for his further education. Having been come from an underdeveloped country like Rwanda, this was like a dream come true for the mother-son duo. And as a mother, who doesn’t want their kids to succeed in a field where you have a better chance of carving out a great career?

Trezzo studied at the Templeton Secondary School in Grandview-Woodland, Vancouver. He attended a public school from 2009 to 2014.

Right after graduation, the actor already had his mindset on what course he wanted to pursue. He wanted to study Kinesiology. For those of you who don’t know, Kinesiology is the study of body movements.

Anyway, to study Kinesiology, Trezzo decided to enroll at the prestigious Simon Fraser University. Fortunately enough he did get admitted into the college and he also received a full-time scholarship. But in a remarkable turn of events, he decided to drop out of college and pursue acting after only studying there for three months.

Here’s what happened. Around Christmas he found himself in a bit of a pickle, he was flat out broke. It was then he decided to give film agent, Tea Buechner, a call. Tea had been contacting Mahoro ever since he joined college but he never really paid much attention to her offer.

After he gave her a call, she immediately set him up for an audition and the rest is history.

He Has a Handful of Acting Credits

Trezzo started appearing in TV series in 2015 and made his debut in the series iZombie portraying Darius. Upon appearing in a string of short roles, he bagged a major role of Mohamad in the series, Van Helsing. He appeared in twenty-two episodes of the show.

A few years later, he got yet another main role in the Netflix picture, To All the Boys I’ve Loved Before. Further, he reprised the same role in subsequent films, To All The Boys: P.S. I Still Love You and To All The Boys: Always and Forever. In the series, he worked alongside Noah Centineo, Landa Condor, Ross Butler, and many others.

Aside from his work as an actor, Trezzo also tried his hands in other aspects. He produced the 2021 drama, The Four Fathers. In addition, he once played a stunt double for the show, The X-Files.

Wait there’s more. Apart from everything he does, he is also a well-versed hip-hop dancer. Talk about being multi-talented!

Is Trezzo Mahoro dating anybody?

As of now, he doesn’t seem to have a girlfriend or boyfriend. He is quite active on Instagram and Twitter and shares quite a lot of photos from his day-to-day life. But he’s yet to reveal anyone as his partner on social media.

Given that he has worked so hard to reach where is today, it is probable he is more focused on building his career rather than involving in a relationship.

The Doting Son Gifted His Mom a Car, Wants to Give Her a Home

When we talk about actors, we always think about the massive amount of money they earn and splurge. However, Trezzo here is a different type. He has earned quite a lot of money from his acting gigs but before investing in himself he made his mom happy.

Back in 2019, on the occasion of Mother’s Day, he gifted his maa with a brand new car. In the picture that he shared, we can see that his mothers couldn’t contain her happiness not because she has a car but that her son has made it.

Nonetheless, he is not going to stop there. Apparently, he wants to gift her a house as well. In 2020 he re-tweeted a video shared by British actor John Boyega wherein he gifted his parents with a new house. Likewise, the Rwandan-born actor wants to surprise his mother with a house as well.

THIS right here is the power of prayer and hard work ! MOM IT’S COMIN! this is something I WILL accomplish, your parent/parents prayer and belief in you COUNT. https://t.co/fFRZsrmkZe

Well, here’s hoping all of his dreams come true and he makes his mother proud.