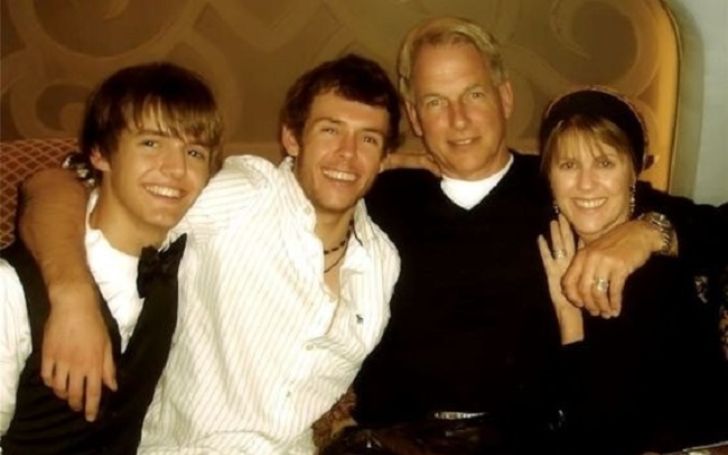 Ty Christian Harmon is a screenwriter who is mainly known for being the son of Mark Harmon and Pam Dawber. Similarly, his older brother is also an actor and director.

Born in a family where every member has played their part in the entertainment industry, people tend to have high hopes for the next generation to do the same. Well, the new generation has not let them down in any sort. In fact, both of Mark’s brothers are working hard in their fields of expertise.

However, not much is known about the youngest son of Mark Harmon and a lot of his fans are curious and want to know him more personally. There are various questions surrounding him including his love life, and what is he doing.

There are indeed a lot of unanswered questions regarding Ty Christian Harmon. But don’t worry as today this article will cover all the facts regarding Mark Harmon’s son including his childhood, net worth career, and more.

Who is Ty Christian Harmon? Details on His Childhood, Age, and More

He is a screenwriter born to Mark Harmon and Pam Dawber on June 25, 1992, in Burbank, California, the United States. Talking about his age Christian is 30 years old as of 2022.

He has an older brother Sean Thomas Harmon who is also a well-known actor and director. Prior to his parents and brother, his paternal grandfather Tom Harmon and grandmother Elyse Knox were both famous actors.

Similarly, he has a mixed racial background belonging to Austrian and English descent and is an American as per his nationality.

Talking about his educational details, Christian along with his brother went to Notre Dame High School in Sherman Oaks, California. However, there isn’t much information available regarding his further studies.

Ty Christian Harmon is a Screenwriter by Profession

Being the son of famous actors people think that their children will also follow in their footsteps. Well, Christian Harmon did the same. Well, even though he is not an actor himself, the star has made a name for himself as a screenwriter in the film industry.

He debuted as a screenwriter for the short horror movie Catholic Schoolgirl Chainsaw Showdown in 2012 which was directed by his older brother Sean Thomas Harmon. The movie had a positive response and was praised by the critics.

Everyone in the Harmon Family Is Renowned Actors

Christian Harmon is born into a family where every member is well known in the movie industry. His father Mark Harmon, is a famous American actor born on September 2, 1951, to actor Tom Harmon and actress Elyse Knox.

He started his career as a merchandise director but switched to acting. His first television appearance was in the commercial for Kellogg’s Product 19 alongside his father. However, his first acting performance was in Ozzie’s Girl. Harmon got his recognition from the television series West Wing where he played Simon Donovan in 2002. Similarly, he has also starred in NCIS as Leroy Jethro Gibbs.

The multi-talented actor has been nominated for many awards and has won awards like Prism Awards and People’s Choice Awards. Similarly, he has also been named the Sexiest Man Alive by People magazine in 1986.

On the other hand, his mother Pam Dawber is also a well-renowned actress. She started her career as a model and later became an actress and started appearing in various television commercials. However, her breakthrough came when she was cast in the sitcom series, Mork & Mindy (1978-1982). Furthermore, she has also done a handful of movies including A Wedding Swan, Lake Wild Horses, and Christa McAuliffe: Reach for the Stars.

Does Ty Christian Harmon have a Girlfriend? His Relationship Status.

Mark Harmon’s son is a very secretive person when it comes to talking about his personal life and affairs. As a matter of fact, he barely even makes any public appearances. The star is reportedly single and isn’t in any kind of relationship.

He is most probably focused on his career and wants to make his name known to the world as a great screenwriter.

Whatever the case may be, we wish him the best of luck for his future and hope that we will get to know who he is or will be dating sooner rather than later.

The screenwriter is estimated to have a fortune of $500,000. He has accumulated his wealth from his career as a screenwriter.

On the other hand, his father Mark is a multi-millionaire and has an estimated net worth accumulating to a whopping $120 million. He has gathered his wealth from his career as an actor.

No, Pam Dawber’s son is not active on Instagram. The truth of the matter, he is not active on any social media platform and likes to keep his life private and stay far away from the prying eyes of the media.

Who are Morgan Lee Ketzner Parents? Facts about her life