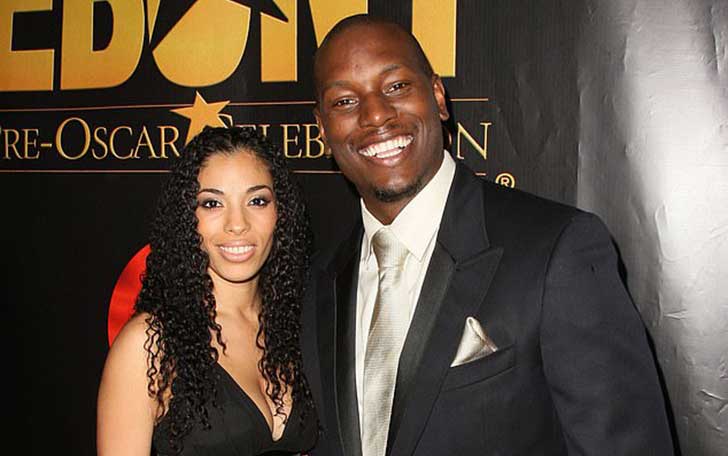 Norma Gibson is a former celebrity spouse who only rose to fame after her marriage to then-husband Tyrese Gibson fell apart. Norma and Tyrese were married for a couple of years and they also had a daughter together before they divorced. But, their divorce battle was one of the most talked-about celebrity divorces. They extensively fought for the custody of their only daughter.

Even years after their divorce, Norma and Tyler engaged in legal disputes. So, Norma has gained huge media attention over the years. Besides, Tyrese’s fans have always shown curiosity to know more about Norma. So in today’s episode, we are talking in detail about Tyrese Gibson’s ex-wife Norma.

If you want to know everything about Norma Gibson keep on reading the article.

Norma Gibson Birthday-Where is She from?

Gibson’s birth details and details about her early life are not available in the media. However, a small part of her early life is known. Norma Gibson’s exact birthday is yet to be uncovered although we do know that she was born in the 1980s and is in her early 40s as of 2021.

Besides, there has been confusion on her birthplace as some online sites have mentioned she was born in London, UK while some have mentioned she is American-born. But, once Norma mentioned that she is a British citizen which gives a subtle hint that she is British-born. Whatever may be the case, she hails from Israel and is Jewish.

Well, many of you might already know that Norma was previously married to actor and singer Tyrese Gibson. The pair’s relationship remained a secret until they filed for divorce in 2009. There isn’t much info about their married life. However, it’s known that they got married in 2007 and separated in 2008 even before they completed one year as husband and wife.

The ex-husband and wife also gave birth to a daughter, Shayla Gibson during their short marriage. They welcomed their baby girl on July 11, 2007. Shayla is 15 years old as of 2022. Her father, Tyrese celebrated her 14th birthday with a sweet Instagram post.

Norma and Tyrese Gibson’s Battle for Their Daughter’s Custody

As we mentioned earlier, Norma Gibson and her ex-husband Tyrese have been extensively involved in the custody battle of their daughter Shayla. They filed for divorce in October 2008 after less than a year of marriage and in early 2009, Norma filed a lawsuit at the Los Angeles court seeking modification of their custody arrangement and change in spousal and child support.

In the court documents, Norma said Tyrese was an absentee father who didn’t support her or their daughter Shayla.

She Got a Temporary Restraining Order Against Him

She alleged that her ex-spouse hit their daughter “12 to 16 times” leading the girl to tell her mother that she couldn’t sit due to the pain. Norma said that Shayla told her “Mum, Dad beat me so hard that it hurts when I sit down.”

However, Gibson later violated the order by hiring a plane to fly a banner over their daughter, Shayla’s school. Following the incident, Norma Mitchell Gibson filed a police report.

Norma Gibson Alleged Her Ex-Husband Suffered from a Bipolar Disorder

While Norma accused Tyrese of his abusive behavior toward their daughter, Norma also noted that Tyrese was diagnosed with Bipolar disorder and manic behavior by psychotherapists.

Moreover, Gibson said her ex was prone to “beat on the people he is in conflict with” and he had hit her a number of times; even when she was pregnant with their daughter.

Meanwhile, Norma’s lawyer told People that Norma only wanted Tyrese to receive psychotherapy so that her daughter could have the relationship with her father she deserves.

On the other hand, the Fast and Furious star told People that the allegations were untrue and hurtful. He said it was disappointing to learn the mother of his child made “gross and false” accusations against him.

“There’s nothing I love more in this world than my daughter and I would never do anything to harm her well-being or happiness. Co-parenting is tough and it’s unfortunate when your partner tries to sabotage the situation with hurtful lies and irrational behavior.”

Meanwhile, in November 2017, the LA court gave Shayla’s custody to both her parents. Judge Shelley Kaufman reportedly said that she found no abuse going on against Shayla. As a matter of fact, Kaufman said the parents should return to shared custody of their baby girl from January 2018.

Norma Refused to Work on Her Own

It’s been over a decade since Norma and Tyrese divorced, but their legal battles still go on. More recently, in November 2018, their dispute over Norma’s refusal to get a job made headlines.

Even after the court gave ordered Norma to work and become self-sufficient, she didn’t show any interest in working following which the singer filed a lawsuit. Back then, Tyrese’s attorney said that Norma felt no obligation to find work and contribute to raising their child.

The attorney further added Norma would think that Tyrese would simply pay for everything because he was rich. However, Tyrese himself had suffered a financial downfall at the time which was well-documented in the media.

Meanwhile, TMZ reported that the Fast & Furious star was not denying to pay child support payments, but he was fighting her request to pay her lawyer’s fees. That said, the actor also asked his ex-wife to provide the receipts for $25 an hour in childcare costs.

To be honest, Norma has been keeping her life out of the media entirely after her divorce from Tyrese. She has also made headlines a couple of times in this period due to her and Tyrese’s custodial battle for their only daughter. However, she hasn’t talked about her life after the divorce publicly.

Besides, the former celebrity spouse is not active on social media which has further kept her out of the public eye. As far as we know, Norma Gibson is unmarried as of now. Moreover, there is no news of her dating a guy following her separation.

Meanwhile, her ex-hubby Tyrese remarried after their split. After his first divorce in 2009, Tyrese started dating Samantha Lee. The pair dated for a while before they tied the knot on February 14, 2017. The former husband-and-wife also gave birth to a daughter named Soraya Gibson on October 1, 2018.

But, like his first marriage, Tyrese’s second marriage to Samantha couldn’t last long as well. After more than three years of conjugal life, they ended their marriage in 2020. According to TMZ, Samantha filed for divorce in September 2020, however, Tyrese only announced the bad news in December 2020 through a social media post.

Do You Know Twitch Streamer Travis Carter Gibson: Here Are Some Unknown Details About Him