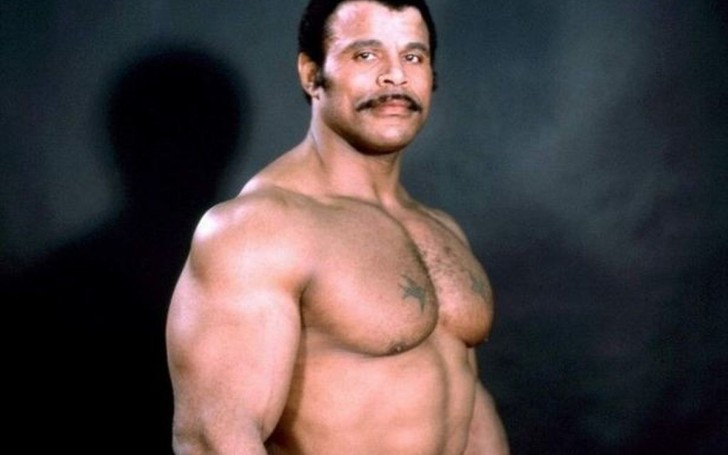 Una Johnson is the mysterious first wife of late wrestler Rocky Johnson, father of Dwayne Johnson. The couple was married for a decade or so before going their own ways.

Of all his wives throughout the years, Una is the only one who has preferred living a life without any media attention. Maybe this is why there’s not much info about her current whereabouts but fret not as we might’ve something here.

Besides, from her marriage to Rocky, Una became a mother of two children. So where are their children nowadays? Let’s take a close look!

Una Johnson was brought up in Nova Scotia

She was born Una Sparks in Nova Scotia, in a modest family. Her parents raised her in the African-Canadian community of Cherrybrook which is around 15 miles from Halifax. From an early age, Una found out about her rich African-American heritage and roots. Further, Una was brought up as a Jehovah’s witness.

As Una lived a fairly private life up until now, there’s not much info about her parents or siblings. Similar is the story of her early education.

It was back in the ’60s when Rocky and Una first crossed paths. Una had moved to Toronto to stay with her family and Rocky was also in Toronto for his wrestling practice and such.

One fateful night, Una went to a dancing event somewhere in Toronto, and coincidentally Rocky was also there. While dancing, the duo crossed eyes for the first time, and they developed a major crush. Subsequently, they introduced themselves to each other and exchanged numbers.

Soon, what started out as an infatuation turned into a full-time love. They officially began dating some time later.

A mere six months after their initial meeting, the lovebirds decided to take the next big step. In his memoir, Soulman: The Rocky Johnson, the late wrestler stated that he decided to marry Una because he was madly in love with her and also that he was tired of living alone in Toronto.

After much thought, Rocky proposed to Una and she said ‘yes.’ Eventually, the pair exchanged vows in the year 1966. Although we don’t have any info as to how the nuptials went down, we’re sure it was an intimate affair with many of their close friends and family in attendance.

Una and Rocky became a proud parents of two children

From their blissful marriage, the pair welcomed two beautiful children, a boy Curtis Bowles and a girl Wanda Bowles. Both of them are older than Una’s stepson, Dwayne ‘The Rock’ Johnson, from Rocky’s second marriage to Ata Johnson.

Besides, Una and Rocky have devoted parents to their kids. Even though Rocky wasn’t around much due to his wrestling commitments, he cherished all the time he shared with his kids no matter how limited it was. This is why all three of Rocky’s children were incredibly close with their late dad. What’s more, Rocky also had the utmost respect for his kids and his first wife. He even mentioned then in his 2008 Hall of Fame speech.

Moreover, Curtis and Wanda also share the same love and respect for their mother Una. Going through her son’s Facebook account, there’s not a day when he doesn’t pay tribute to his mom, be it her birthday or mother’s day.

We can say, Una did an incredible job in raising both her kids.

Una Johnson and Rocky Johnson divorced after a decade of marriage

No matter how you look at it, a relationship is something which is quite fragile and with the slightest of flinch it can crumble down. Likewise, Una and Rocky’s otherwise sound marriage fell apart when their opinion differed.

As we mentioned earlier, Una has raised a Jehovah witness and her belief restricted blood sports. Although at first, it was working well, as Rocky started climbing the success ladder of wrestling, problems started arising in his marital life.

One time when Rocky had come from Calgary, Una gave him a very difficult choice, either leave the sports or leave her. Considering how well his career was going at the time and how much effort he put into it from the beginning, his choice was clear, no matter how tragic.

In the end, their marriage ran its course and they finally divorced in 1978. However, there’s one thing that is peculiar about their separation. Rocky became a father for the third time in 1972 when he and Ata Maivia welcomed Dwayne Johnson. At the time of his third kid’s birth, he was still married to Una. This leads to two speculations, either he cheated on her and kept his second family behind closed doors or his marriage with Una had already broken by the time he met his second wife Ata.

Whatever the case may be, Rocky and Una finalized their divorced in 1978, and the same year he married his girlfriend Ata. But no matter what transpired between Una and Rocky, the pair remained friends. In addition, all three of his kids share a deep bond. They are still on good terms with each other and often hang out together. The Rock’s older brother Curtis often shares pictures of them together.

After the divorce from Rocky, where is Una Johnson? Is she still alive?

These question has been playing in the mind of many, where is Una Johnson? what is she doing nowadays? Well, to be honest, nobody knows about her current whereabouts just yet. It has been a long time since we last heard from Rocky’s first wife.

Having said that, Una’s son, Curtis has been sharing a little peek inside their life from time to time. For instance, on the occasion of mother’s day 2021, he shared a post celebrating the life of his mom as the doting mother that she is. Moreover, in the post, many of his friends commented and send their love for Una.

From the post and comments, we can say Una is still alive and living a secluded life.

On the other hand, Una’s ex-husband married three times after divorcing her. His second marriage was to Ata Maivia. After divorcing her he reportedly married a woman named Dana Martin. His final marriage was to Shiela Northern, a speech pathologist. Rocky passed away at the age of 75 in January 2020. He died due to a pulmonary embolism at his residence in Lutz, Florida.