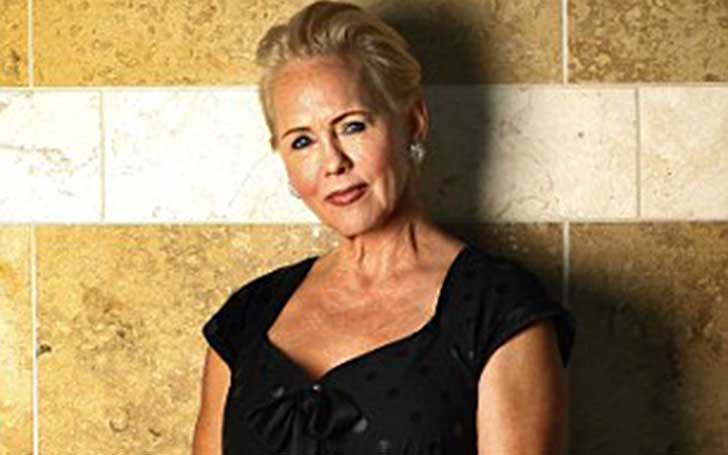 Ellen Pierson is an American “Title Insurance Professional,” who is recognized as the widow of Robert Kardashian. She gained fame only after her marriage to her late husband. But unfortunately, Pierson, who is the third wife of the renowned late US attorney, Robert, lives a relatively private life following his death nearly two decades ago.

Ellen made headlines in the early 2010s when she came forward in the media claiming, reality star Khloe Kardashian is not the biological daughter of her late husband. The statement brought a series of controversies along with it, and Pierson even involved in a nasty verbal war with Khloe and Kim Kardashian.

Despite her frequent media presence in the last few years, not much about Robert Kardashian’s widow is revealed. So, here we are going to talk about every aspect of Ellen Pierson’s life. Stay with us.

As we said previously, Ellen is famously known as the widow of Robert Kardashian. Her relationship with Robert made headlines in the late 1990s. After around three years of courtship, Robert proposed to his then-girlfriend in 2001.

Around two years after their engagement, Ellen Pierson and Robert Kardashian got married in August 2003. But unfortunately, Ellen couldn’t spend a long time as Robert’s wife. The couple had known that Robert had cancer a couple of weeks before they tied the knot.

Renowned American attorney, Robert Kardashian died on September 30, 2003, just weeks after Ellen and Robert married. Robert died from esophageal cancer at the age of 59. As per the reports, Kardashian was diagnosed with cancer only eight weeks before his demise.

Robert became famous after he advocated for O.J. Simpson in his infamous murder trial, which is often characterized as the “trial of the century.” Following the death of Robert, Simpson said he was shocked to hear the news of his death with CNN. “It’s shocking when a friend close to you passes. I loved Bobby. Bob was there when I needed him most,” he said the outlet.

Over a decade after his death, his ex-wife, Kris Jenner, told E! News of her experience after Robert was diagnosed with cancer. She said,

“It was so surreal, the knowledge he had cancer was one thing, but to think it would actually take his life, I never in a million years thought that would happen to him.”

In January 2012, Ellen Pierson and Robert’s second wife, Jan Ashley, appeared in an interview with Star Magazine, in which they revealed Robert isn’t the biological father of Khloe. Both Ellen and Jan told that Robert doubted his paternity of Khloe during the last few years of his life.

Jan said, “Khloe is not his kid-he told me that after we got married” with the magazine. She added,

“He just kind of looked at me and said [it] like it was a matter of fact. He said, ‘Well, you know that Khloe’s not really a Kardashian, don’t you?’ And I said…’OK,’ and that was it.”

“Khloe brought it up all the time. She looked nothing like the rest. She was tall, had a different shape, light hair, curly hair. Didn’t look anything like the other three children.”

They both went on to say that Robert always knew Kris Jenner had cheated on him while they were still married, which Kris admitted in her book titled “Kris Jenner… and All Things Kardashian.”

Ellen added a final bombshell saying her late husband had told her that he wasn’t even sleeping with Kris during the time she conceived Khloe. She went on saying that Robert never considered a DNA test as “he loved Khloe very much.”

She Filed for Bankruptcy

Ellen went through hard financial times after Robert’s death in 2003. Her financial condition deteriorated in the following years, and coming to 2010, she was compelled to file for Chapter 7 bankruptcy.

And, in October 2011, her Indian Wells, California house that she shared with Robert Kardashian was sold after going into foreclosure.

Kardashians Filed a Lawsuit Against Her

In 2013, after a decade of Robert Kardashian’s death, his children, including his ex-wife, Kris Jenner, filed a lawsuit against Robert’s widow, Ellen Kardashian.

The Kardashians filed a copyright infringement case in a California federal court over a number of heirlooms. They claimed Robert’s widow, Ellen sold the part of his diary/journal and many of their photos to tabloids for tens of thousands of dollars.

The excerpt of Robert’s diary published by In Touch Weekly revealed that Kris Jenner was having an extra-marital affair with a soccer player named Todd Waterman. After the outlet published the article, Kris said the accusations were ridiculous and not true. While on the other hand, Ellen claimed that she had shared the excerpt which was hand-written by her late husband during 1989 and 1990.

The court paper obtained by E! News revealed that the Kardashians and their mother asked for the U.S. copyright office to rule on the ownership on the things. As per the Courthouse News, Kardashians sued Ellen for $500,000.

In early 2013, Ellen claimed Kris Jenner was abusive toward her children. After that, Khloe Kardashian took to Twitter to slam their step-mom. Khloe wrote, “How can such a piece of trash even mention my father’s name?” in her tweet. “You married him on his deathbed while he was not even aware of his surroundings.”

Responding to Khloe’s tweet, Ellen said that her tweet was completely false and horrible. She went on saying that she and Robert dated for five years before they got married. Moreover, she said that the girls and all of Robert’s family were present at their home wedding.

Ellen Pierson is in Her Seventies

Ellen Pierson was born and raised in California. She was born in 1949, however, her exact birthday is not revealed as of yet. There is no exact data on Ellen’s age, however, we’re asserting she is 71 years old in 2020 in accordance with the article published by Radar Online in 2020 January, where it has reported Ellen to be a woman aged 63.

Involved in the Real Estate Business since the ’70s

Ellen Pierson is working in the real estate business since the 1970s. She ran her own real estate company, J.M Pearson Real Estate, based in Santa Clarita, California. She also served as the vice-president of the company until it was closed in 1984.

Pierson then worked as the Title Insurance sales representative from 1985 to 2001. From 2000 through 2008, Ellen was the director of sales at Heritage Escrow based in Palm Desert.

From February 2019, she started working as the corporate sales director at Westminister Title Compny, Inc in the Greater San Diego Area.

Has Won a Few Accolades from Her Extensive Career

Ellen has been working in the real estate business for decades. Even though she is not one of the most-heard names in real estate, her work has earned her a couple of prestigious awards.

As per her LinkedIn profile, she received the Longest Drive Award in August 2015 at the Willis Allen Wounded Warriors Golf Tournament. Similarly, she is a three-time recipient of the Affiliate of the Year award. Besides, Ellen has won many awards for her sales performance in the Title Insurance Industry.