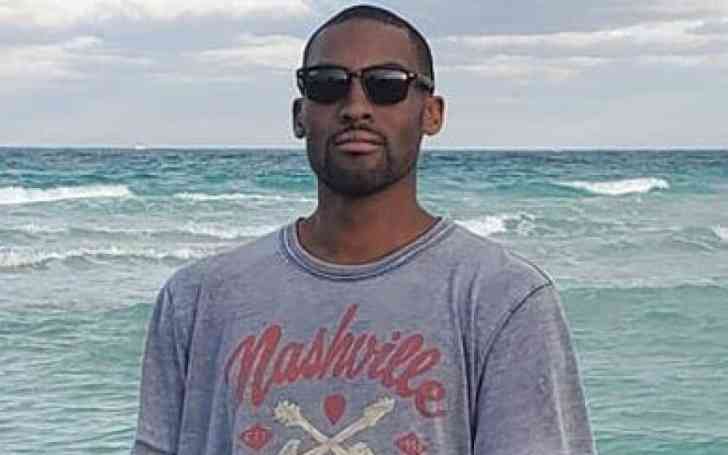 Antron Pippen was the late son of former American basketball player Scottie Pippen. Like his legendary father, Pippen was also into basketball but unfortunately died just at the age of 33 in 2021.

Talking of his father Scottie is a former American NBA player who is the only one to win both NBA title and Olympic medal (1992,1996). The former Chicago Bulls star (1987-1998) is one of the greatest small forward of all time who became 7 times NBA All-Star and 6 times NBA champions.

The firstborn of the Scottie who died at a young age was also into basketball. But what actually happened to Antron Pippen before his death? Today, we will learn about his mysterious demise, his career, his relationship with his parents back in the day, and much more

Who Is Antron Pippen? What Happened to Him?

Antron Pippen was the firstborn son of Scottie Pippen and Karen McCollum, born on December 29, 1987, in Lawrenceville, Georgia. He was an American citizen while his ethnicity was Afro-American.

On April 18, 2021, the star kid was found dead in Atlanta, Georgia. He was only 33 when he passed away. Even after a year of his death, none of his family members has revealed the exact reasons for his death to the public.

Following his death, Antro’s father Scottie mourned his death in a tweet writing:

“I’m heartbroken to share that yesterday, I said goodbye to my firstborn son Antron. The two of us shared a love for basketball and we had countless conversations about the game. Antron suffered from chronic asthma and if he hadn’t had it, I truly believe he would’ve made it to the NBA. He never let that get him down, though-Antron stayed positive and worked hard, and I am so proud of the man that he became.”

Antron’s mom was also devasted by the news of her only child’s death. Like every mother, her heart was not ready for this heartbreaking news. During his funeral ceremony in Georgia on April 24, Pippen’s mother wrote an emotional tribute to her dear son noting:

Son, it has been such a pleasure and honor to be your mother. You’ve left me with so many wonderful memories that I will treasure daily. Your transition has left a huge gap in my heart and the pain is quite unbearable. I will miss you tremendously and my love for you is forever. Rest well, my baby boy, until we meet again.”

The first son of the basketball player was not the only child to die. Prior to Antron, his half-sister named Tyler Pippen (born on July 20, 1994) had a tragic death in the hospital nine days after her birth.

Apart from this, he has 6 more half-siblings who are alive and doing well in their life. They are Taylor Pippen, Sierra Pippen, Scotty Pippen Jr., Preston Pippen, Justin Pippen, and Sophia Pippen.

Antron Played Basketball Since His Highschool- His Education Details

Like his dad, Antron’s interest was basketball and he played for South Georgia Tech and Texas A&M International. In the year 2013, the late bloomer was signed with the Upstate Heat team of the World Basketball Association. Meanwhile, he shot 85% from the free-throw line he averaged 21.6 points, 6.1 assists, 3.7 rebounds, and 3 steals.

While the late star kid was playing with a local team in Atlanta, he was serving as a machine technician at a lab at the same time. Unfortunately, he could not make it to the NBA like his father despite his passion for basketball.

Antron is one of seven kids of the American NBA player Scottie Pippen. Professional between 1987 to 2004, he played 17 seasons altogether in the National Basketball Association (NBA).

He is one of the greatest small forwards of all time who has a huge contribution to transforming the Chicago Bulls into a championship team. He alongside Michael Jordan is the reason behind the basketball team’s recognization in the NBA around the world during the 1990s.

Scottie also had a great career playing with other popular teams like Houston Rockets, Portland Trail Blazers, Torpan Pojat, and Sundsvall Dragon. Talking about his achievements during the 17 years of his career, he is 6 times NBA champion and 7 times NBA All-Star. Also, he was NBA steals leader in the year 1995.

His Parents Divorced Years After Their Marriage

Antron Pippens’ father, Scottie Pippen, and his mother, Karen McCollum are no longer together. They separated a long time back. His basketball player father and mother who played the role of a pianist on the CW show reportedly were long-term sweethearts.

Prior to their wedding, the couple got pregnant and together welcomed their only kid Antron Pippens 1987. Following their son’s birth, they exchanged marriage vows in the year 1988.

The pair were by each other’s side for seven years long. Sadly, the spark in their relationship started fading away which started problems in their married life. Due to some inevitable problems in their marital life, the former couple got divorced in 1995 ending their almost decade-long marriage.

Fortunately, their split was not bitter as they decided to remain friends for the sake of their little boy. The duo raised their kid co-parenting in a friendly environment getting all his wishes & demand fulfilled.

After Antron’s parents’ divorce, his mother Karen never married anyone. Likewise, his mom reportedly never had a relationship in the past as well.

Unlike his mother, Pippen’s dad had been in multiple relationships. After his parents’ separation, Scottie walked down the aisle with Larsa Younan on the 20th of July 1997. The television personality who shares 4 kids with the former NBA has now filed for divorce. However, the divorce is yet not finalized.

Prior to both McCollum and Younan, Scottie was in a relationship with a model, Sonya Roby. Likewise, he was also engaged to his ex-fiancee named Yvette De Leon.

The later star kid lived a well-to-do lifestyle when he was alive. Though his father was rich enough, he used to earn by playing basketball for local teams and working as a machine technician in the lab.

Anton’s NBA star dad Scottie Pippen is a multi-millionaire. According to Celebrity Net Worth, the retired player owns a fortune of $20 million in 2022. During his active years, he received $109 million alone as a salary. Similarly, he used to receive tens of millions by endorsing several brands like Nike, McDonald’s, Coca-Cola, and Right Guard.