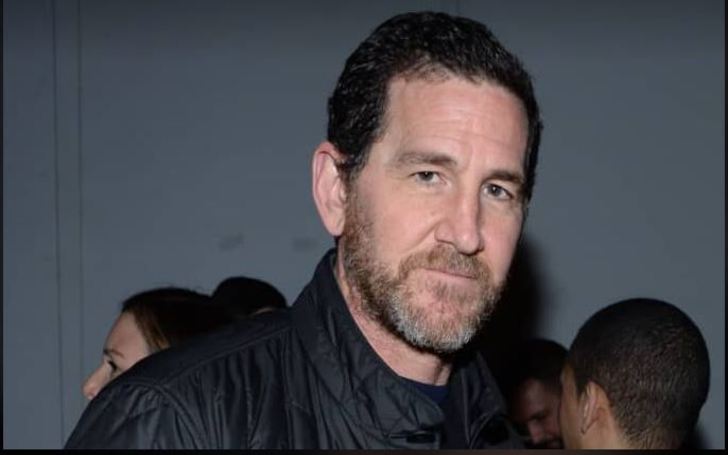 Adam Dell (full name, Adam R Dell) is an American venture capitalist and is also famous as the brother of Michael Dell, the founder of computer manufacturing company Dell Inc. He is also known for his romantic relationship, albeit filled with ups and downs, with the mother of his child, Padma Lakshmi.

Adam Dell is among the few to transition from a successful investor to a startup founder. He has achieved an impressive success of his own, including founding four companies that have all bagged him in nine figures.

In this article, know about Adam’s life as an investor, founder, his otherwise not so clear relationship with a famed chef, and much more.

Adam Dell Was Born Into A Jewish Family

Dell was born on January 14, 1970, to a German Jewish family. His mother, Lorraine Charlotte (née Langfan), is a stockbroker, while his father Alexander Dell is an orthodontist.

Dell studied at Tulane University where he pursued Political Economy. He then went to The University Of Texas School Of Law.

Over The Years Dell Has Founded Multiple Startups

Dell initially worked as a corporate attorney in Austin, Texas, with the law firm of Winstead, Sechrest & Minick.

Adam in Dec 1999 became a board member for OpenTable an online restaurant-reservation business founded by Sid Gorham, Eric Moe, and Chuck Templeton. In 2011, Adam got a membership (board) at Civitas Learning, a student success company which he also founded himself.

The other startup he is responsible for includes Clarity Money, a now-deceased budgeting app, Buzzsaw, Ingenito, Greenplum, and Hotjobs. As of recent, Adam Dell is the founder and CEO of Domain Money, a platform to invest in both stocks and cryptocurrencies, and a board member of XO holdings.

He also once had a collaboration with Austin Ventures and Goldman Sachs. Additionally, Dell served as an adjunct professor at both the Business School at Columbia University and the University of Texas School of Law where he teaches the role of law in innovation.

Adam is a member of the Board of Trustees of the Santa Fe Institute. Mr.

He has also executive produced the 2008 documentary, Where In The World Is Osama Bin Laden?

Dell’s Sibling: He Has An Extremely Rich Brother

As mentioned, Adam is related to ridiculously rich brother, Michael Saul Dell. He is a billionaire businessman and philanthropist known as the founder, chairman, and CEO of Dell Technologies.

As of October 2021, Adam’s older brother ranks as the 24th richest in the world by Bloomberg Billionaires Index, with a net worth of US$54.6 billion.

Dell began dating an Indian American author, activist, model, and television host, Padma Lakshmi in 2009. It had been two years since his author girlfriend divorced her ex-husband, novelist, Salman Rushdie. She and Dell welcomed their daughter together in 2010.

The Easy Exotic cookbook author and Dell began dating in November 2007 and had even traveled the world together. In precise, the day was November 19, 2007, and the Padma was on a book tour doing a signing at the Strand, the model/chef writes on her memoir. It was also the day she would find a listing for what would become her first home.

Laksmi reveals a mutual friend of theirs brought Adam to the signing and afterward they all went out to a small dinner thrown for her by her friend.

The businessman and the celebrity chef remain relatively private about their relationship. Reports have it, that they were also “sexually intimate” through the summer of 2009.

With Laxmi, Dell shares a daughter named Krishna Thea Lakshmi-Dell born on Feb 22, 2010. Adam and Padma have not married yet and have so far not revealed their wedding plan.

Padma Lakhsmi Didn’t Want Dell To Find About His Daughter

Dell did have some rough moments with his Emmy-nominee chef girlfriend. He sued Lakshmi in 2011, explaining that he had long been unhappy with his daughter’s custody arrangement.

In his suit, Michael’s brother claimed the reality TV star and author, Lakshmi aimed “to minimize — if not eliminate — [his] role in Krishna’s life.”

Apparently, Lakshmi, shortly after breaking up with Dell began dating the late businessman Teddy Forstmann and allegedly it was him with whom she had decided to raise her daughter. Thereby, not allowing Dell to know that she had given birth to his daughter. As per the capitalist, his then former girlfriend had even banned him from the hospital when his daughter was born.

Also, Forstmann too had pleaded with Lakshmi not to involve Dell, Bravo’s top chef writes in her book.

Additionally, Dell claimed that Lakshmi forced him into signing a restrictive temporary visitation agreement that only gave him a few hours a week with the girl.

Adam, henceforth, accused her of not publicly acknowledging who fathered Krishna. He also reported the mother of his child calling him “unambitious” with an “uninteresting” career whilst describing his friends as “unmemorable.”

Lakshmi later explained that she said all of those in part to her being was pregnant — and she was really hoping he wasn’t the father.

Dell later got a DNA test from the Manhattan Supreme Court, which in turn proved he was indeed Krishna’s biological dad.

The businessman father of Krishna demanded his daughter has his surname to which the Padma agreed albeit with some conditions. She stated while it was fine to add his name, but she gets to retain all decision-making power, which is really what mattered most to her.

The on-again-off-again couple then ultimately settled mutually in 2012. They also allegedly rekindled their romance in 2017. Some sources speculated they patched things up for the sake of their daughter. This circulated once they were seen attending the Women’s March on Washington in January 2017.

In Spring 2019, Distractify reported the two had even got engaged after the “Top Chef” host subtly flaunted her massive diamond ring while strolling around SoHo, N.Y. What’s more, on her 50th birthday, the actress and activist on Instagram, wrote,

“I am truly blessed: a loving and attentive partner, a child that continues to be a miracle every day and work that I am proud of and fully engaged by with people I love.”

Further, some reports go as far as telling that Padma and Adam jointly spent the 2020 lockdown.

However, in May 2019, Page Six reported reps for Lakshmi denying that the oval-shaped stunner was an engagement ring.

For a while, people and the media alike thought Padma was it for Adam. That, however, was until June 14, 2016, when the assumed culinary chef of Dell was seen kissing poet and MacArthur fellowship recipient Terrance Hayes. Krishna’s mother reportedly was walking her dog in New York City.

Padma, however, is yet to comment on her rumored affair with Hayes.

What’s intriguing in all these is that Dell hasn’t removed any of Lakshmi’s pictures from his Insta.

After breaking up with Dell, Padma had also dated actor, Richard Gere in 2014.

Adam Dell Is A Multimillionaire

While not wealthy as his billionaire brother, Adam still owns a sizeable fortune of his own. He is a multimillionaire worth easily over $200million.

In 2018, the Texan businessman and his team netted $100 million after selling Clarity Money to Goldman Sachs. In like manner, when Dell acquired his Message One, the company got a $155 million cash deal with Adam pocketing in about $970k. And while still in beta, Dell’s Clarity Money then announced in a public filing that it raised a $2.5 million investment.

Additionally, he owns a handful of properties across the state. Over the years, his assets have managed to gain values in tens of millions of dollars. As such in July 2017, his massive Greenwich Village townhouse sale brought him an astounding $19 million.

Some Other Facts About Adam Dell