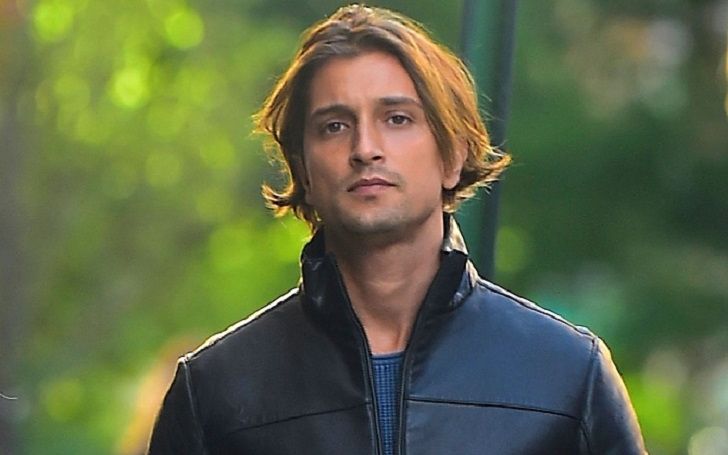 Hermann Nicoli is a professional model and Instagram star. He rose to stardom as an ex-boyfriend-turned-fiance of Victoria’s Secret model Candice Swanepoel.

The former couple dated for over a decade, however, their relationship couldn’t be last long. What happened to Candice Swanepoel and Hermann Nicoli? Did the duo share any children?

Besides, also know about Hermann’s family background and more!

Nicoli is a model by profession. He mostly works in Brazil with a handful of big fashion agencies and brands. He is represented by the famed modeling and talent agency, Next Model Management. In the meantime, his ex-bae Candice also shares the same love for modeling.

In addition to modeling, Nicoli is an Instagrammer who once had over 100k followers. However, as of 2022, the account has more than 79.3k followers and it is private also.

Where is Hermann From? His Siblings and Early Life

Nicoli was born on July 8, 1982, in Brazil. He spent his childhood along with his sisters named Gabi and Sabrina. Nevertheless, the information regarding his parents still remains secret.

He belongs to a Brazilian nationality and has a Caucasian ethnicity.

Hermann Nicoli’s relationship with Candice Swanepoel: When did they first meet?

Let’s start their love story from the beginning!

Nicoli first came across his future-girlfriend Candice at one of the fashion events held in Paris in 2005. The duo, who has around a six-year age gap, officially began dating when Candice was 24 and his GF was 18.

In the meantime, the two were struggling with their rising modeling career. The first few years of their love were full of ups and downs but the duo handled everything with ease.

They led a delightful relationship for several years. But, due to the busy schedule, sometimes the two had to go through the miseries of a long-distance relationship.

During the 2014 Valentine’s Day, the model told E! News this Valentine became totally empty as her boyfriend wasn’t with her for celebrating the day. She said,

“I’m gonna be a lonely girl on Valentine’s Day this year.”

But, Candice was cool with that.

Hermann Nicoli Engagement With Candice: Did The Couple Ever Get Married?

The Brazilian model proposed to his girlfriend in August 2015. E! News was the first to share the huge news. They engaged after around ten years of romance.

In mid-August of 2015, Swanepoel posted a video of dancing with her longtime beau on Insta and also showed her sparkling engagement ring on the clip. She wrote,

“Meu eterno namorado,” which means “My boyfriend forever” in Nicoli’s native Portuguese. While talking to HELLO!’s Fashion Monthly magazine before their engagement, Candice said there is no need to go through the formality of marriage to prove their love. She said,

“I kind of feel married already. 10 years is kind of a marriage, so I don’t really need papers to tell me that.”

The model also credited her beau to supporting her in every hard time, telling,

“It helps because we’ve grown together over the years. He’s helped me a lot through all the experiences and been a rock in my life.”

However, despite their years of love and commitment, they couldn’t convert it into a marriage.

The two shared two kids. Hermann and his fiancee welcomed their first child, a son named Anacan on 5th October 2016. Candice posted the photo of their newly-born baby boy three days after his birth on 8th October on her Instagram.

They became parents for the second time when Swanepoel gave birth to their second son, Ariel on 19th June 2018 at their home. In December 2017, Swanepoel announced her pregnancy news on her Instagram with the photo of her cradling her baby bump on Instagram. She captioned the image, “Christmas came early…#2.”

The couple separated in late 2018. Swanepoel disclosed her single relationship status in an Instagram Stories Q&A with fans in mid-2019. It wasn’t a surprise for her fans as Hermann and Candice already unfollowed each other on their social media a long time ago. They had also been absent from each other’s social media handles for over a year.

But, it is still a mystery why one of the long-lasting couples broke up.

Who is Candice Swanepoel? Her short bio and career as a model

Born and raised in an Afrikaaner family, Swanepoel is the daughter of Willem Swanepoel and Eileen Swanepoel. She went to boarding school at St. Anne’s Diocesan College. Shortly after her schooling, Candice started working as a model, appearing in editorials in American, Spanish, German, Greek, Italian, British, and Russian as well.

The model made her biggest breakthrough after joining Victoria’s Secret in 2010 and has still been a part of the brand. Besides, the business magazine Forbes ranked her 8th in its 2016 top-earning models list with her earnings of $7 million.

On the other hand, the model can speak fluently Afrikaans, English, and Portuguese. The last language Swanepoel learned was from her ex-boyfriend, Hermann.

Nicoli’s guesstimated wealth is $200,000. He mainly makes money from his modeling career. Besides, talking about his ex-partner Candice’s net worth, she has $25 million.