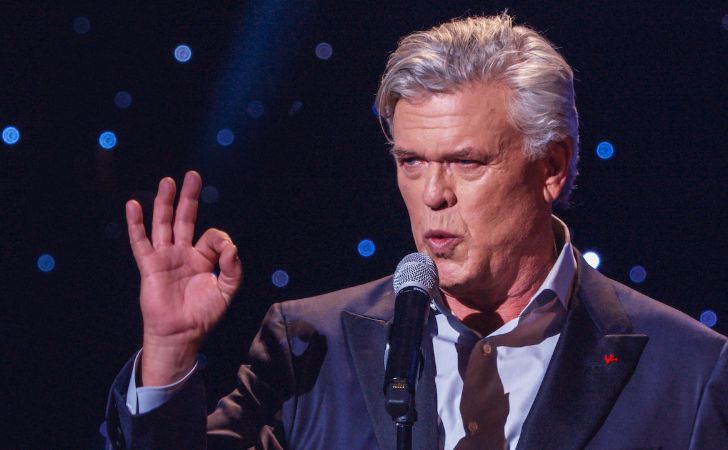 American stand-up comedian, actor, and author Ron White achieved immense success professionally. He married thrice but non of his relationship stood to the wedding vows. From her marriage to his first wife Lori Brice to his second and third wife Barbara Dobbs and Margo Rey, Ron never achieved an anticipated success.

Well, how is his life at present? Did he tie the knot again after the third divorce? Does he have any children from his marital relationships? Here in this article, we have brought to you a comprehensive discussion on his spousal relationship.

65 years old comedian Ron White is, no doubt, one of the most successful comedians in the world. But the Covid-19 pandemic seems to have even hit him as well financially.

In a legal document, he stated he is old enough to work and earn like he used to and that he now finds it difficult to pay $2500 every month. He said,

she continued her decades-long pursuit of being a professional singer at which she is not self-supporting. I have spent 200+ days per year traveling the country every year to do stand-up shows, and I made more than $200,000 per month doing it. Now I cannot work. I have a tenth-grade education. I am 63. Margo still insists I pay her $25,000 per month. I have employees depending on me for wages and benefits. I do not even have $25,000 per month of income.

Moreover, the comedian also presented the breakdown of his income and expenses. The documents state his income to be just over $300,000 and expenses worth over $433,000. He also reported he has had zero income since the pandemic.

A successful Mexican singer-songwriter, and a commercial voiceover artist, Margo is a cancer survivor. She was diagnosed with breast cancer just before her meeting with her ex-husband Ron in 2009. She soon underwent double mastectomy but the cancer cells reappeared shortly before she was set to marry the comedian.

Talking about her cancer journey to Sarasota Magazine, she stated that she had a hard time dealing with it.

It’s very hard on the partners or the family or the children or the best friend. Ron had had a brush with breast cancer with another partner years ago, and it did not end well. He cried really hard [after the diagnosis]. I said, ‘You’ll see that this will be a completely different set of circumstances

While Ron reportedly helped her cope with the second diagnosis with cancer, she also stated that Redneck Kings of Comedy star left her broke at the end. As per her, Ron changed all the locks on their shared home and was also denied access to all the credit cards.

She also claimed she had 30 gigs booked with Ron, which was all canceled.

Drunk in Public‘s Ron White married his first spouse Lori Brice long before he actually made it in the industry. They reportedly tied the knot in 1982, but 12 years into marriage, they called it quits in 1993. Their divorced happened shortly after he made it in the picture.

He also has a son with his ex-wife Lori, Marshall White. Marshall was born in 1991 and he is 31 years old as of 2022. Well, Ron even talked about his only child in a 2008 interview and stated he is very proud of him. He said,

It’s amazing because I was not an easy kid to raise, and he’s smart, he’s got a great heart, real talented. He protects me.

His Relationship With Barbara Dobbs

Ron White’s pursuit of finding a perfect partner didn’t end with Lori. After over a decade of his split with his first spouse, he found his second wife in Barbara Dobbs. They walked down the aisle in 2004.

They apparently were in a pretty beautiful relationship and lived together in their home in Atlanta. But unfortunately, like his first relationship, his wedding with Barbara ended in divorce in 2008. They were married for just four years.

Following the split, Dobbs has completely avoided the media and has not made any public appearances with Ron as well. They didn’t have any kids.

It looks like, Ron has had enough of the marital relationship after the third divorce. Since the split with Margo, he has completely kept herself away from romantic relationships.

He doesn’t have a wife as of 2022. Also apparently, he has not been dating anyone as well.