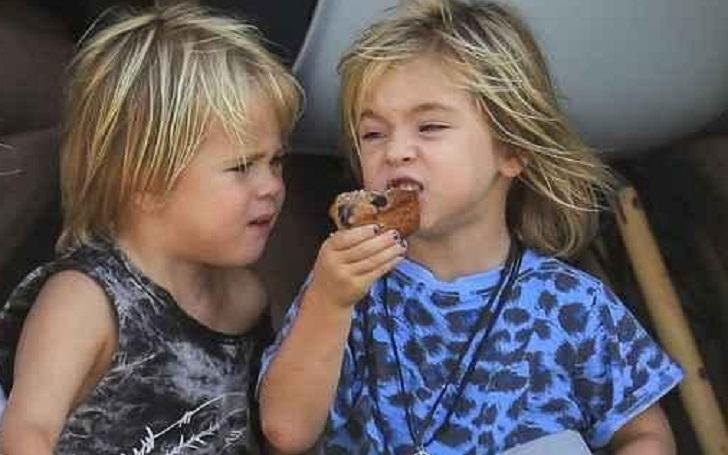 Tristan Hemsworth is the twin son of Hollywood stars Chris Hemsworth and Elsa Pataky. His parents have been married for over a decade now.

Along with their delightful marital relationship, Chris and Elsa are also fulfilling their parental duties successfully, especially Elsa’s commitment to growing their kids is great. The actress, who is better known for her iconic role in The Fast and the Furious franchise, even took a hiatus from her successful acting career to go to her husband’s native Australia to be a full-time mom.

Tristan and Sasha Hemsworth are twin brothers. They were born on 18th March 2014 at Cedars Sinai Medical Center in Los Angeles. A week after their birth, Elsa announced the big news on her Instagram with the caption,

“You are home! Tristan and Sasha came to this world on [Tuesday,] March 18 just after [the] full moon. Complete happiness.”

In November 2013, a rep for Chris confirmed Us Weekly that the actor was expecting his second child with his wife, Elsa.

Tristan Has a Sister

The star kid has an older sister named India Rose Hemsworth (born in May 2012). Several of Hemsworth and Pataky’s fans have questioned why is Chris Hemsworth’s daughter named India?

The Avengers: Endgame actor answered the question, saying he and his wife have a strong attachment with the country, which is why the duo has chosen the name. He told IANS, “My wife spent lot of time in India and that was where the name originally came from.”

Mother of Three Elsa Pataky is Protective of Her Kids Privacy

Both Elsa and her husband, Chris, prefer to keep their children out of the spotlight. The duo who welcomed their daughter in London and twin sons in Los Angeles decided to move to Byron Bay, New South Wales, in Australia in 2015.

Back in Jan 2020, Pataky appeared along with her children for the February cover of Vogue Australia. In the meantime, the actress revealed her decision to leave Hollywood to go to her hubby’s native country of Australia. She said the whole family, including her popular husband Chris, went there because of the impact of the media scrutiny on their kids’ life,

“My daughter started to get scared of photos, actually. So we realized this is not a way to live, because you just become enclosed in a house. I love nature and I love to be outside, and I wanted my kids to have that freedom, so we decided to leave.”

The actress also opened up about her changed life after giving up passion for acting to become a full-time devoted mom,

“My goal was always, when I have kids, to be in a place that’s not the city. I want them to grow up in nature, because I crave that.”

“But that step did take me away from one of my big passions in life: acting, and it was a big change. But I changed my life to be a mum, which I think is just the most amazing thing in the world.“

In June 2019, Hemsworth also told the Daily Telegraph about his plan to take a break from Hollywood for the rest of 2019,

“This year I probably won’t shoot anything. I just want to be at home now with my kids. They are at a very important age. They are still young and they are aware when I leave more than before.”

Tristan Hemsworth Parents Marriage: They are still working out to make their marriage stronger

Chris met his future wife Elsa through their mutual representatives in early 2010. The duo married in December of the year in an ultra-private wedding ceremony. The couple is leading a happy marital relationship ever since.

The Spanish actress opened up the truth to their long-lasting marriage in an interview with Australian magazine body+soul, saying they still keep working to make their marriage happier and stronger, “It’s funny that people think of us as a perfect couple. No way. It’s been ups and downs, and we still keep working at the relationship.”

What is Tristan Hemsworth Net Worth?

Although Tristan is still a kid, fans are curious to know about his wealth, which is yet to be estimated. Nonetheless, there is no doubt that the celebrity kid is enjoying a very comfortable upbringing with his family.

On the other hand, his father, Chris, has a staggering $130 million net worth. He was also included on Forbes’ World’s Highest-Paid Actors list in 2014 and 2015. He predominantly makes money from his prolific acting career. Some of his mega-hit big-screen projects include Thor, Avengers: Endgame, Extraction, and more.

Other Interesting Facts About Tristan Hemsworth