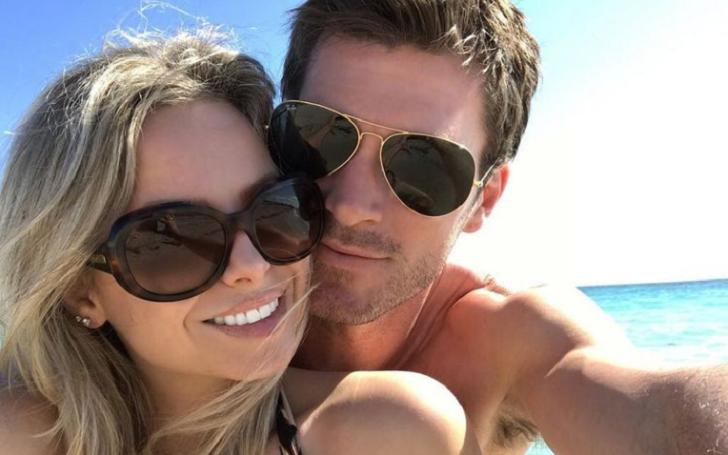 Christopher Russell is a prominent Hallmark actor, most widely known for his portrayal of Lieutenant Milton Richter in Star Trek: Discovery. The first-generation Canadian born to British parents, Russel embarked on show business at a very young age and has already worked on several of Hallmark’s successful on-screen projects.

Unlike his professional career, the actor has kept the details of his personal life out of the media. Thus, many people wonder if Christopher Russell is married? Who is his wife?

Well, in this article, we are going to talk in detail about his career, earnings, his hush-hush love life, & much more.

Who is Christopher Russell’s Wife? All About His Ultra-Secret Marriage

The Canadian actor has been married to a mysterious woman for a long time. It’s been over a decade since the mysterious couple is together but Christopher has kept most part of his love life behind closed doors. In fact, the Hallmark actor has yet to disclose the name of his wife also.

Back in Feb 2018, Christopher shared a beautiful photo along with his long-time wife, celebrating their 14th anniversary. He wrote on the photo,

“14 years later and my heart still skips a beat when you walk in the room. Happy anniversary to the #loveofmylife #loveatfirstsight #soulmate.”

The post made it clear that the duo is together since 2004.

How Many Children Does Christopher Russell Have?

Russell is the proud father of two children. His wife gave birth to their first child, a daughter on 28th April 2013. The baby weighed barely 4 pounds at the time of her birth. In an interview with Media From the Heart by Ruth Hill, the actor told that his baby girl was born seven weeks before the stated delivery date. Christopher and his life partner were visiting his parents when his spouse went into labor.

The actor also said in the same interview that he was almost ready to go to the shooting of his first Hallmark project, Catch A Christmas.

“I just keep showing up as the annoying guy in their scripts! {laughs} Catch A Christmas Star was a long time ago. Interesting side note about that. That was my very first Hallmark, and I booked it about three weeks before I actually went to shoot it. The day before I had to start shooting, my daughter was born seven weeks early unexpectedly.”

Russell and his soulmate welcomed their second child, a son on 23rd October 2015. But, the actor has kept the name of both of his kids secret.

He Lives in Vancouver With His Family

Russell currently resides in Vancouver, a city in British Columbia, Canada with his wife and children. Although Christopher has never talked about his wedding and other marriage details, the actor is fond of sharing the family photos on his social media profiles, especially on Instagram.

The ultra-secret couple, who are leading a beautiful relationship for years loves traveling. They often appear spending their family time together. Back in June 2020, Russell shared a photo of the family of four while roaming in the jungle with the caption,

“Family. Where life begins and love never ends.- I love you three bigger than the thing that’s bigger than the universe! #soulmates #bestkidsever #youhadmeathello #beautifulbritishcolumbia,” he ended the caption with the last hashtag “familyiseverything.”

Looking at his dedication and care for his family, many of Russell’s fans also praised his quality of managing the family and professional life side by side.

Know Something Interesting About Christopher Russell

Born and raised in Toronto, Russell began his acting career at a very young age. He landed his first acting gig, playing Mary and Joseph’s donkey in his pre-school project called ‘The Nativity Story.” He subsequently performed in numerous productions before making his professional debut with a role in a TV series named Show Me Yours in 2004.

A year after his debut, the actor went on to pop up in three TV projects, Beautiful People and Land of the Dead as well. He gained massive fame after his performance in Flashpoint (2011-12). He featured in five TV projects in 2013, most notably in Beauty and the Beast and Catch A Christmas Star. In addition, the same year, Christopher also made his rare joint appearance with his wife attending the premiere of The Right Kind Of Wrong at the Toronto International Film Festival at Roy Thomson Hall.

His other most significant project include Van Helsing, A Doggone Christmas, and more.

How Much Is Christopher Russell’s Net Worth?

Like we said earlier, Christopher has appeared in dozens of movies and TV series. Moreover, he is also considered as one of the well-paid actors. Thus, it is obvious that he has amassed a huge sum of fortune.

Also Read: Who Is Nikki DeLoach? Inside Her Career & Relationships