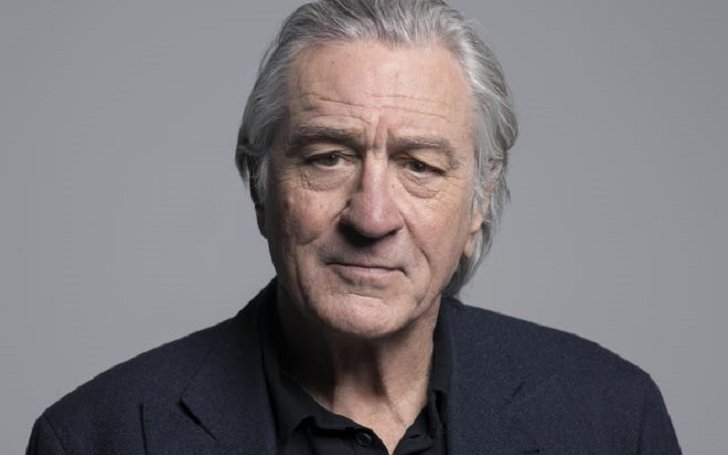 If you belong to a prominent family in the Hollywood industry, fame comes naturally. But there are a lot of celebrity kids who prefer to keep their life private in spite of their popularity.

Here we are talking about Aaron Kendrick De Niro who is the son of Robert De Niro, one of the most significant and influential actors in the film industry. Aaron’s dad has won a number of major accolades including two Academy Awards (one for The Godfather Part II).

Like father like son, has Aaron too followed in his father’s footsteps? Well, we shall find out. In the meantime, also know more about his surrogate mother, siblings, and family!

Who are Aaron Kendrick De Niro’s parents? Was born via surrogacy

Aaron was born in 1995, in the United States of America. He is the son of Robert De Niro and his long time girlfriend, Toukie Smith. He also has a twin brother named Julian Henry De Niro.

They were conceived by in vitro fertilization and born through a surrogate mom. Both twin brothers prefer to stay out of the spotlight.

Aaron’s grandfather Robert De Niro Sr. was an abstract expressionist painter and his grandmother Virginia Admiral was also a painter and poet. They separated when Aaron’s dad Robert was just two-year-old. Apparently, Aaron’s grandpa came out as gay. Despite what transpired, Robert told Out Magazine that he had a healthy relationship with both of his parents.

Talking about his paternal grandpa, he worked as a butcher and his grandmom was an employee at a factory.

Robert and Toukie began dating in the same year after his divorce with his first wife in 1988. However, they ended their romance, a year after they welcomed Aaron and Julian. Despite their long time relationship, they never tied the knot.

The two happily co-parented their kids until they came of age. Both Aaron and Julian are now fully-fledged adults.

He has two half-siblings from his father’s first marriage with actress Diahnne Abbott. The couple exchanged vows in 1976 and welcomed their first child, Raphael De Niro in the same year. Robert also adopted daughter Drena De Niro from his wife Abbott’s previous relationship. Drena was born on September 3, 1971.

His two other half-siblings came from his father’s second marriage with the philanthropist and actress Grace Hightower. The couple married in 1997. Grace gave birth to their son, Elliot De Niro in March 1998.

The two went their separate ways in 1999, however, their divorce proceeding never came to an end. Surprisingly, they renewed their vows in 2004. Subsequently, the duo became parents once again after they conceived a daughter Helen Grace De Niro through surrogacy in December 2011.

In spite of their previous reunition, Robert and wife Grace separated the second time in November 2018.

Besides, the actor is also a grandfather of four grandchildren; three grandchildren from his son Raphael and one from his adoptive daughter Drena.

He belongs to American nationality and has a mixed ethnical background as his father is of Irish, Italian, Dutch, English, French, and German ancestry. His mother is African-American.

Talking about his family on The Tonight Show Starring Jimmy Fallon, Robert stated,

“My children are all half black and I don’t have, even me, I take certain things for granted.”

The celebrity kid has kept his professional details totally out of the public glare. His dad Robert doesn’t really care what path they chose as long as they are happy. He told People,

“For my kids, I tell them, ‘If you want to be an actor or you want to do this or that, that’s fine as long as you’re happy.”

“Just don’t sell yourself short. That’s the most I would say — push yourself a little more and reach for what you really think it is you want to do. Don’t be afraid.”

His oldest adopted daughter Drena chose the same path as her father’s. She works as an actress and filmmaker. She has appeared in a number of movies such as Grace of My Heart, The Adventures of Rocky and Bullwinkle, The Lovebirds, and more. Besides, Drena also serves as the spokesperson for the Kageno Orphan Sponsorship program.

Robert’s second-oldest child Raphael is a former actor. He is currently a broker for Douglas Elliman.

In 2019, the actor told Us Weekly raising six-children is not an easy job. He maintained,

“I love my children, just being with them. It’s not easy. Sometimes it’s fun and you love your kids, and sometimes you want to kill them!”

What is Aaron Kendrick De Niro Net Worth?

The exact amount of his net worth is still under review.  One the other side, Aaron’s father Robert has an estimated net worth of $500 million. He has collected such a huge fortune from his extensive and successful acting career.

In 2009, the actor has racked $24.5 million from his various works. He was paid a salary of $20 million from the movie, Little Fockers.

Robert currently resides in his 2,222 square-foot house located in Gardiner, New York. As per sources, he originally bought the mansion back in 1997 for $1.5 million. It features six bedrooms and seven bathrooms. The mansion also includes 2,700 feet of water frontage on the Hudson River.

Robert De Niro is one of the most prominent figures in the world of entertainment with a number of successful film credits under his belt. His role of Vito Corleone in The Godfather Part II won him his first Academy Award. He received the Academy Award for Best Actor for his role in Raging Bull.

Furthermore, he is also the recipient of accolades like the Golden Globe Award and Screen Actors Guild Life Achievement Award as well.

Who is Aaron Kendrick De Niro Dating Now? Know About His Girlfriend

He is not dating anyone publically. As we have already mentioned Aaron has kept most of his life behind closed doors. Thus, more details on his love life and girlfriend are still pretty secret.