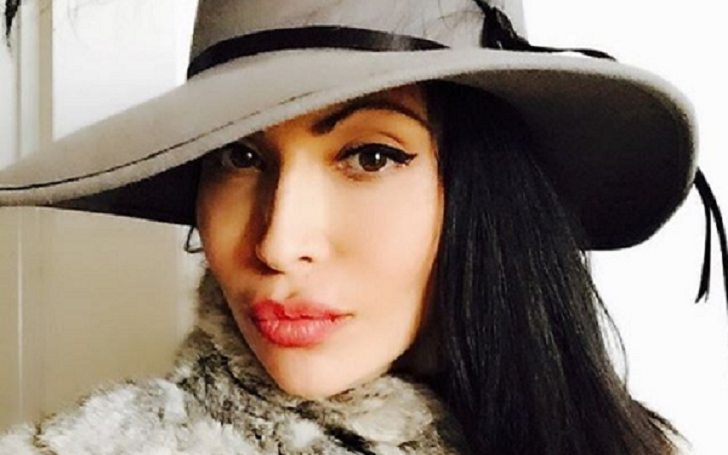 Ursula Stolf is one of the known reality TV personalities. She became famous following her breakthrough performance on a Canadian reality TV series Storage Wars Canada. The show Storage Wars: Northern Treasures airs on A&E since May 2017. Storage Wars has already released its two seasons.

With an impressive career in locker business, Stolf has accumulated good net worth. Let’s know more about her family, education, husband, and a lot more here today.

Ursula Stolf was born on September 1, 1984, in Toronto, Canada. She holds Canadian nationality and belongs to a mixed ethnical background. She grew up in Toronto.

Her parents, divorced when she was young. She also has three older sisters named Olivia Stolf, Sue Stolf, and Claudia Stolf. After their father left the family, they faced a lot of ups and downs, especially financial crises. It’s a fact when the man who fully takes care of the family isn’t available, it creates a huge challenge for the rest of the members.

In order to give a proper upbringing and quality education, Ursula’s mother also went through several dead-end jobs. They later shifted into a housing fee house. She has a close relationship with her sisters and often share pictures with them on her social media.

Ursula Stolf always looked for a career in Education before making a sudden transition into TV. She was truly a hard-working pupil throughout her college years. She obtained a bachelor’s degree from Niagara College.

Ursula Stolf made a major break after joining the cast of a hit reality TV series Storage Wars Canada in 2013. Although the acting was never an aspiration of hers, it all happened when the casting director for the series was showed her picture and he asked for the audition. At the time, Storage Wars was expanding its franchise to Canada.

It was at that audition that I had proved and discovered that I had the ability to improv. It was then and there that I was offered the opportunity to join the cast of Storage Wars Canada; the rest is history!

Following a successful audition, Ursula started appearing on the series in 2013. The first international version of the Storage Wars franchise followed a life of buyers trying to make it big by buying storage units, seized due to unpaid rents, at auctions.

It was first premiered at Fan Expo before airing on OLN on 29th August 2013. Besides, Ursula plays the role of ‘The Knock Out’ who sells luxury items out of her online store. The character somehow portrays her alter ego. However, in real life, the reality TV star is a little kinder and more forgiving.

My moniker ‘the knock out’ was assigned to me by the production company; it’s a ‘double entendre’ – depicting a strong and attractive woman.

In 2017, the series was renamed as Storage Wars: Northern Treasures and began appearing on A&E by May. It has released 48 episodes to date.

Other cast members of the Storage Wars include Roy Dirnbeck as ‘The Instigator’, a courier business owner, Cindy Hayden & Rick Coffill as (The Veterans), and Paul & Bogart Kenny as ‘The High Roller and The Kid’. Paul is an avid poker player. The show also includes Don Reinhart and Martin Yap.

On the other side, Stolf also has a personal website called Ursula’s Locker Loot which also offers a few of her items. It also has a Facebook page with over five thousand followers.

What is Ursula Stolf Net Worth?

Ursula Stolf has an estimated net worth of $1 million, according to several authorized online sources. She has collected the majority of her wealth through her TV career. Her other multiple endeavors also played a major role in her wealth.

Considering the years-long association with Storage Wars, Stolf was also paid a good salary from the project.

Ursula Stolf is a married woman: Know about her husband

Stolf has been married to a mysterious husband for a long time now. When the interviewer asked her, ‘are you married or single,’ she replied,

“Yes, I am married to the most handsome, wonderful and supportive man in the world, he truly is my greatest blessing”

But the actress has yet to say a single word about who is her husband. And the two never appear together in public as well.

Besides, Ursula also runs her self-titled YouTube channel. It has over 1.62k subscribers. She mostly uploads very short-clip on the channel. One of her hit YouTube videos titled Ursula Stolf – 2018 Take TWO —- Hello Again!!!! has over 7.9k views.

Other interesting facts of Ursula Stolf