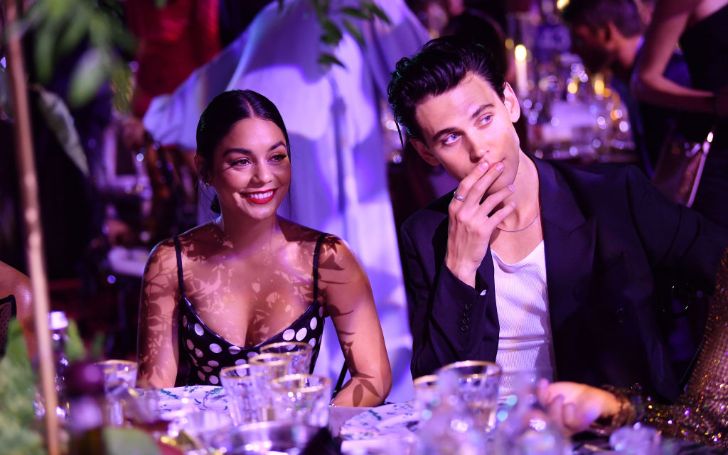 Considering the fact that Disney stars Vanessa and her boyfriend Austin dated for 9 years, the split was unexpected.

Well, here we have come up with a timeline of their relationship right from their first meeting to their split in 2020.

Also, check out the moments they looked the most adorable together.

2005: Vanessa Hudgens and Austin Butler Met for the first time on The sets of High School Musical

Hudgens and Butler were introduced to each other by their mutual friend Ashley Tisdale on the sets of Disney Channel film High School Musical.

Which started as a casual incident ended up to be a passionate love affair but years later, in 2011.

In 2005, Vanessa was dating her then-boyfriend Zac Effron.

September of 2011: Rumors of Hudgens and Butler’s Affair Began

Rumors of Hudgens dating Butler began after Butler was spotted leaving her house in September of 2011, just less than a year after her break up with Zac Efron.

The eyewitness to the scene explained their relationship as a romantic yet casual outing. Here is what they said.

“They were together but in a large group. They were not doing anything to show that they were really together romantically but they were definitely hanging out and having fun.”

September 2012: They Were Spotted Kissing

Prior to that in September, they were spotted together for dinner at an Italian restaurant in Venice

December 6, 2013: Vanessa’s Rumored Boyfriend Made Made into Her Insta Post

By far, their proximity was only captured by paparazzi, but on December of 2013, then 31 years old uploaded the first picture of her together with Butler on her Instagram

This was followed by another photo, which further explained their romance

August 18, 2014: Hudgens’ Claimed Butler As Her Boyfriend in a “Happy Birthday” Post

It was in August, years after being together, Hudgens opened up about her relationship with Butler on his birthday.

The High School Musical star took to Instagram to wish Butler his birthday, where she also admitted to her relationship with Butler. Here is the caption to the post

“Yesterday was the love of my life’s birthday,” she wrote on August 18, 2014. “Happy birthday to the man with the kindest heart, beautiful soul, crazy talent and best looks I’ve ever seen. He never stops inspiring me in every aspect of life and always lifts those around him up higher. I thank god so greatly for blessing the world 23 years ago by creating Austin Butler.”

Though Butler has already made his appearance in Hudgens’ Instagram post, he opted to return his favor a year later on August 22, 2015.

Well, Butler chose not to caption the post, as it was pretty much suggestive of their passionate relationship. Check out the post here.

August 31, 2015: Austin Butler Admitted his Relationship with Vanessa in Public

In 2015, during the MTV Music Video Awards, Butler opened up about his relationship with his girlfriend Vanessa for the first time.

Talking candidly about his love affair with Hudgens to ET Online, he said,

On December 16, 2017, Vanessa posted a photo on her Instagram that showed her wearing a diamond on her ring finger which sparked the rumors of her and Austin engagement. However, the actress soon answered saying she was “not engaged.”

Well, Vanessa took to her Twitter to clarify the rumors on December 19, she wrote,

Amid ongoing engagement rumors, Hudgens, on March 29, 2018, cleared the once again saying she was in no rush to getting engaged or married.

She addressed the rumors in one of her conversations with ETOnline. Here is what she said,

No, because if I felt pressure in a relationship, we wouldn’t have been together for almost seven years

When asked if he had plans to get married to Butler, she came up with a pretty cryptic answer. She said,

“Each couple has their own journey”

On January 14, 2020, the unexpected happened; a close source to the duo announced to US weekly that they had broken up, almost after dating for nine years.

The couple is yet to comment on the news. They were last seen together months ago in August at the UNICEF Summer Gala in Italy.