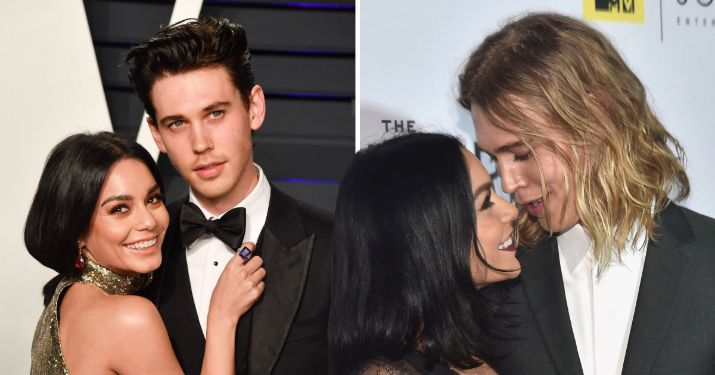 Vanessa Hudgens and Austin Butler‘s relationship was once the most covered topic in the media. Now with the news of their breakup, and Austin’s name making to the list of Hudgen’s “former boyfriends,” the media has come up with a number of explanations about their split.

In fact, there are speculations that their split may be temporary. But why did Austin Butler and Vanessa Hudgens break up in the first place?

Well, we are here with their history right from their first meeting and all of Vanessa’s boyfriend.

Hudgens and Butler dated for over 9 years, but sadly things seem to have come to an end. The news of their split came on 14 January 2020.

Taking into account their social media interactions and news from several media outlets, the 31-year-old actress and the 28-year-old actor had not been in touch for a long time.

The last interaction between the duo appears to be back in August 2019 when Vanessa posted on Instagram wishing Butler his birthday.

While there is no strong justification for their break up, close sources suggest that Vanessa and Austin may have broken up because of the physical distance between them as they are shooting in two different continents for a while.

Moreover, the close ones to the duo have even stated that they might get back together anytime.

Vanessa and Austins Break Up May Not Be Permanent

A close source to the couple has stated that Hudgen and Butler’s split might just be temporary.

As Hudgen is abroad shooting for The Princess Switch 2, and Butler is busy with his upcoming Elvis Presley biopic, according to the insider, it is just that they have not been able to manage enough time for one another.

In a conversation with E! News, talking of the couple’s break up, an insider stated,

They’re just shooting on two different continents and it’s a matter of distance. There is no bad blood at all, and they have a lot of respect for each other.

Though they are split for now” they’re “going to see what happens, They have such a history and deep connection they could find their way back to one another.

While the duo began dating in 2011, Austin and Vanessa met on the sets of Disney Channel film, High School Musical way back in 2005.

Though Austin was not part of the comedy film, they came to know each other because of their mutual friend Ashley Tisdale. who was also part of the TV film.

The Beginning of Their Relationship

Though High School Musical star Vanessa and the Once Upon a Time…in Hollywood actor Austin had known each other since 2005, their romance came into the scene in September 2011 when Butler was spotted leaving her home late at night.

Austin and Vanessa publicly admitted their love on August 31, 2015, at the MTV Music Video Awards. Talking about his love affair to ETOnline, he said,

Josh Hutcherson: She also allegedly dated Josh Hutcherson, her co-star in Journey 2: The Mysterious Island. However, she later said that Josh was her friend.