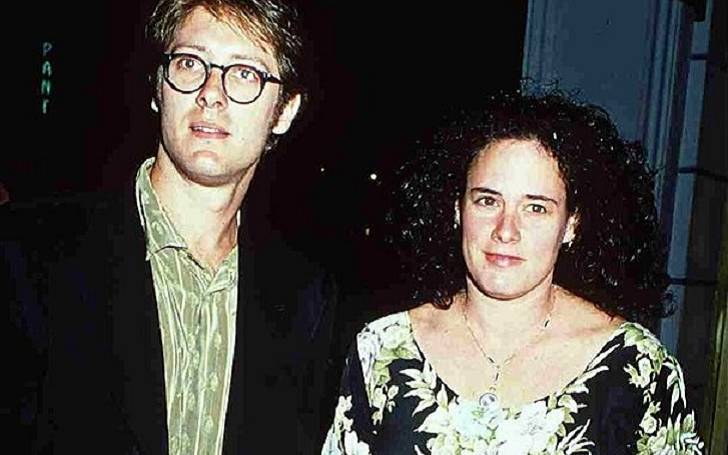 Victoria Spader (aka Victoria Kheel) is a former film set designer who, however, came into the limelight following her marriage to Sex, Lies, and Videotape actor James Spader. The couple married for several years before their longtime marital relationship dissolved into divorce.

Did the couple share any children? In the meantime, let us find out what is Victoria doing at present after her divorce from Spader?

Besides, talking about her family details, both of her parents are veterans. Take a look at the facts you didn’t know about her!

Victoria now runs her own real estate company called Wonderland Home Design, in California. The company stage homes, condos, and townhouses. She is highly devoted to her work and has posted a number of photos of home decorating on her Facebook page too.

Is a Former Film Set Designer

Victoria previously worked as a film set designer and also became a part of a few small projects. She served as a decorator on the set of the independent drama Sex, Lies, and Videotape. The 1989 movie’s main character was her then-husband James who appeared along with Andie MacDowell, Peter Gallagher, and Laura San Giacomo.

Both of Victoria Kheel Parents Were in Military Service

Kheel is the daughter of Julian and Lee Kheel. Both of her parents served in World War II. Back in November 2020, the owner of Wonderland Home Designer shared a throwback photo of her father and mother wearing an Army dress. She also revealed that her father was interred at Arlington Cemetery in the caption,

“Both my parents were in the military and very proud of their service. WWII. I still have my mother’s uniforms. My father rests at Arlington Cemetery.”

How Old is Victoria Spader? Take a look at Her Education and other Early Details

Victoria was born on 1st June a1959, in Los Angeles, California. Her age is 62 in 2021. She grew up in LA with her family. As for her education, Kheel graduated from The Lear School.

Victoria’s wealth is $200,000 in 2021. She currently resides in her Los Angeles house. Besides, her ex-life partner James has an estimated net worth of $20 million. He predominantly makes money from his extensive acting career.

The actor began his career in the show-business playing Keith Butterfield in the 1981 drama movie Endless Love. He subsequently appeared in numerous movies and TV shows. Some major projects Spader appeared in are Stargate, Lincoln, Avengers: Age of Ultron, and Boston Legal. His performance in the last one earned him three Emmy Awards.

How did Victoria meet Her Husband James Spader? Their Wedding

The couple first came across while they both were yoga teachers in New York City back in the 1980s. Prior to teaching yoga, James also held many odd jobs such as bartending, driving a meat truck, and loading railroad cars until becoming a full-time entertainer.

Talking about their love story that began in the Yoga studio, they remained boyfriend and girlfriend for years until they tied the knot in 1987. They exchanged their vows in a low-key wedding ceremony, which was attended by their families and friends.

Victoria and her ex-hubby James welcomed their first child, a son named Sebastian Spader in 1989, in Los Angeles. He is now a Realtor at The Agency. Furthermore, the couple became parents for the second time when their son, Elijah Spader was born in November 1992. He currently studies Audio Production at Los Angeles Film School.

The family of four initially lived in their house located in Massachusetts. It was once owned by James Spader’s grandparents. Victoria later moved to Los Angeles with her husband and two children and settled there permanently.

How did their relationship end in divorce?

Despite having such a wonderful family and marital relationship that spanned over 16-year, James and his wife Victoria went their separate ways in 2004. Tabloids say that the actor filed for divorce from his spouse Victoria.

However, the former flames never revealed how their relationship came to an end. And the relationship between James and his two grown sons also remains a mystery. But, judging by Facebook pages that belong to their kids, it looks like they both are more close to their mother Victoria.

Back in early June 2019, both of her sons were seen celebrating their mother’s 60th birthday in Kern River in California.

Who is Victoria Spader Dating Now?

Since her divorce from James, Victoria has remained quite a secret when it comes to her love life. She never came out with her relationship. As there is nothing about her private life, we are also unable to find whether James Spader’s ex-wife is dating anyone or relishing a single life.

On the other hand, her ex-hubby Spader is in a blissful relationship with his long-term partner Leslie Stefanson, an actress. The couple started dating when Spader was still married to his first wife in 2002. Sources say, they first met while they both were on the set of a crime thriller movie, The Stickup.

James and his then-girlfriend got engaged after around six-year of relationship in 2008. They also welcomed their first child, a son Nathaneal Spader on August 31 of the same year.

Born and raised in Boston, it wasn’t such easy for James to make a name in the show business. He went through a number of odd jobs before landing his first acting role in the 1981 movie Endless Love. Later on, the actor appeared in a number of successful movies such as Secretary, Lincoln, and Avengers: Age of Ultron.

Similarly, Spader has worked in dozens of TV shows. He first gained fame after his breakout role on The Practice. His other major breakthrough came when the actor featured on its spin-off Boston, winning three Emmy Awards. He has also deserved credit for his work on comedy-mockumentary The Office and the NBC crime drama The Blacklist.