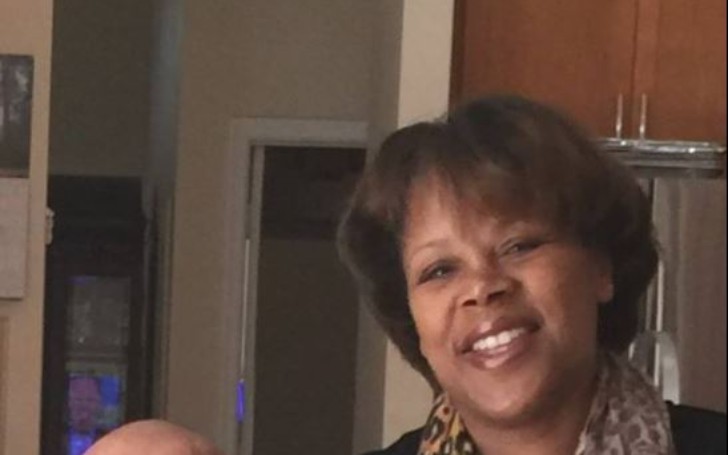 Wanda Bowles came to media prominence as Dwayne Johnson’s half-sister. Moreover, she is also the daughter of the late wrestler, Rocky Johnson. Although Wanda’s father and half-brother remained in the public eye throughout their lives, she herself is a quiet person.

Besides, Wanda is the only daughter of Rocky Johnson and his first wife, Una Johnson. Her parents were in a relationship for a decade or so before calling it quits.

For a long time, people have been curious to know about Wanda. Well, today we’re going to find out some interesting facts about her!

Wanda Bowles is the daughter of legendary wrestler Rocky Johnson

Born sometime in the ’60s in Ontario, Wanda is the second child between Rocky and Una Johnson. She belongs to the African-Canadian ethnicity and has Canadian nationality.

Her father Rocky is one of the most prolific wrestlers of all time. The late wrestler from Nova Scotia started his career in the year 1964 from Southern Ontario before making his way into the US. In the ’70s, he was a top contender in the National Wrestling Alliance and fought against big names such as Terry Funk and Harley Race.

Rocky’s career gained immense fame after he teamed up with Tony Atlas and together they defeated the Wild Samoans (Afa and Sika) to become the first black men to hold a WWF championship. But everything that Johnson earned throughout his career wouldn’t have been possible if it wasn’t for his hard work. He also instilled into his three kids the art of working hard.

Wanda’s Parents divorced in 1978: What was the reason?

Everything was sailing smoothly between Rocky and his wife, Una before his own career became the very reason for their separation. Back when Rocky was vying to become a wrestler, his wife Una, who was born a Jehovah’s witness, didn’t bode well with the sport. Her religious belief restricted the bloodsport.

This is why Una and Rocky used to have a lot of complications. It all ended for the pair when Una gave him a choice, to choose her or his career. Considering how hard he was working for his passion, Johnson made the decision to stick with his career and they separated.

They finalized their divorce in 1978. Now here comes a big confusion. Several years before their divorce, Rocky became a father again, but this time with Ata Maivia, who later became his second wife. Rocky and Ata welcomed Dwayne Johnson on May 2nd, 1972, six years before his divorce from Una.

This leads us to two conclusions, either Rocky cheated on her or he and Una had been separated by the time he welcomed his third child. To this date, no one knows the real truth.

Wanda Bowles has one half-brother and one biological

She has one older brother, Curtis Bowles Johnson born June 1st, 1965. Both of them spent their childhood in southern Ontario and in the city of Hamilton. Both Wanda and her brother Curtis finished up their formal education in Canada. After their parents separated, they used to divide their time between Canada and the US.

At first, the Bowles family was struggling to make ends meet. But despite all the challenges, they stuck together and made everything work. Their father Rocky used to work tirelessly to make his dream come true and also feed his family. This is why he himself used to eat small meals just so his family was fed. And this very attitude towards life was also instilled in his children.

Aside from her biological brother, she also has one half-brother named Dwayne Johnson. He is famous all around the world by his alternate name, The Rock. As of now, he is one of the most commercially successful actors and also the highest-paid actor.

All three of the Johnson siblings are incredibly close to each other. Although the Rock himself doesn’t really talk about his half-siblings in public, the oldest one Curtis usually shares pictures of the three of them on his social media handle.

What is Wanda Bowles doing nowadays?

Well, this question is one of the most difficult to answer as, unlike her brothers, Wanda is an incredibly private person. Not only is she out of any social media profile, she rarely ever appears in any public event.

The only time we saw her was at the funeral of her father Rocky Johnson where she joined her other family members as well. Moreover, the majority of the tabloids have shared wrong pictures of her leading to misleading information.

How much is Wanda Bowles net worth?

As she is quite private about her life, we don’t know much about her personal wealth. Meanwhile, her father, at the time of his death, had a staggering net worth of $280 million.

Moreover, her half-brother Dwayne is worth $400 million.