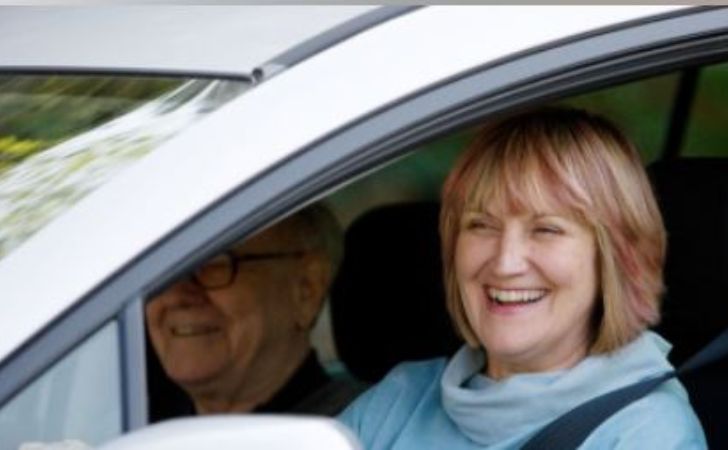 Susan Alice Buffett, the daughter of Omaha billionaire Warren Buffet, is a top-tier philanthropist whose work has focused primarily on the Sherwood Foundation. It is an organization in Omaha that provides grants in public education, human services, and social justice in the interest of promoting the welfare of children from lower-income families.

Susan is the eldest child of Warren Buffett and his late wife Susan Thompson Buffet’s three children; the other two being Howard and Peter. Each of Warren’s three kids has a particular cause that’s especially dear to their hearts, and for the eldest, it’s all about education, families, and social justice. She nonetheless has her own special challenges, being Buffett’s only daughter—and its own stunning rewards.

Know all about her philanthropic efforts, her life, personally and professionally, her early life as the daughter of the ex-wealthiest man on earth, and more in the article below.

Susan Alice Buffett; Where Did She Grow Up?

The first child of Warren and his late wife, Thompson, Susan Alice Buffett, also Susie was born on July 30, 1953, in Omaha, Nebraska.

The now 68-year-old went to Omaha Central High, a racially and economically mixed downtown school that drew students from across the city.

She, though, dropped out before graduation. Susie says her later mother, Susan Thompson Buffet was a street-level role model to her. She at the same time describes her father as a normal person, the same guy she has known since her childhood.

Susan’s Parents Had An Unusual Marriage

Her parents, Mr. Buffett and Susan married in 1952 and remained husband and wife until the latter’s death in 2004.

They though have unusual marital arrangements; Warren and his first wife, Susan (also Susie’s mother) remained married whilst the former being the husband of Astrid Menks, a Latvian woman in tandem.

In fact, it was Susan who facilitated Astrid and her husband, Warren’s relationship, per se. Wenks and Mr. Buffet remain husband and wife to this day and reside in Omaha, Nebraska.

Susan Alice Buffett Has Been A Philanthropist All Her Life

Susie has been a long-running supporter of early-childhood education, searching out innovative programs to level opportunities for three- and four-year-olds.

Her principal organization, The Sherwood Foundation, previously named the Susan A. Buffett Foundation, has a statement that says,

“The Sherwood Foundation promotes equity through social justice initiatives enhancing the quality of life in Nebraska.”

The organization claims of having strongly held values regarding civil liberties, equality, and fairness with a particular focus on women and people experiencing oppression because of their race, sexual orientation, and/or religion or lack thereof.

Some of Susie’s most notable contributions have been toward Omaha’s public schools. There she’s donated to over 550 school programs, per a 2020 Los Angeles Times article. Additionally, a piece in Inside Philanthropy highlights Susie’s Buffett Early Childhood Fund, which supports pre-K programs for underprivileged children and communities with fewer resources.

Her organization has also funded dozens of nonprofit initiatives in education, social justice, and poverty alleviation; that’s everything from a local ballet company to Big Brothers/Big Sisters to a black police-officers group.

Other Things That Susan’s Organization Tackles

Over the years, the Sherwood Foundation’s grants have broadened to include other social-justice and poverty-fighting programs—combating sex trafficking – while also spreading geographically.

Also in recent years, the Nebraska-born billionaire’s daughter and her foundation have taken a special interest in the challenges that American girls have faced.

Through her charity organizations, Susie has also overseen the subject of mass shootings in the US colleges and talked about America’s gun laws.

The Times report The Sherwood Foundation has exclusively donated over $1.3 billion to other Nebraska-based charities over the course of 20 years.

In addition to attending for-the-community organizations, Susie also serves the family business. As such in Nov 2021, she became a member of the Berkshire Hathaway Inc. board.

Surprisingly Susie and her brothers didn’t know the wealth extent of their father until their 20s.

She revealed when she and her brothers were kids, their father wasn’t as successful. Susie admitted he, however, was certainly slowly turning into that. She calls that period of her and her family living a very normal household and a very normal upbringing. Susie said they lived in a nice house but it wasn’t the biggest house in town.

“I didn’t really have any idea about any money until I was long out of high school and out of Omaha,”

The only daughter of Warren further revealed she and her brothers used to go to public schools and said they didn’t get cars until they turned 16. The ex-student of Omaha Central High said she would get an allowance and had jobs to do around the house.

How She Came To Know About Her Father’s Wealth?

During an interview when asked if Susie Buffett and her brothers knew how rich they were, the Sherwood Foundation owner replied,

“No, and we really weren’t in those years. We weren’t poor. But when I was a baby, I slept in the dresser drawer. My father earned every penny, and when I was five, we moved to the house he still lives in, which is in a lovely, middle-class neighborhood. I rode the bus to school every day. We did not get cars when we turned 16.”

The shareholder in Berkshire Hathaway once confessed there were signs that would make her feel like her father was really doing well, such as when her mother started a scholarship program when Susan was in high school.

“It was only a couple of kids a year, but she started as soon as there was some money there to give away,” Susan reported.

Even when she knew her family was rich for sure, she didn’t hear it from her parents. Susie says she first came to know about it through an article in the Wall Street Journal when she was about 22 or 23. She attributes the circumstance of finding out about her father’s richness to her modest upbringing.

Quite widely known is the fact that Susan’s legendary businessman father has decided to give away almost all of his $100 billion-plus fortune to charity.

The Oracle of Omaha first announced his plan to give away the vast majority of his net worth in 2006, when he was 75 years old and as of now, he is halfway in the noble pursuit.

He has stated multiple times that his “incomprehensible” net worth would be better spent going toward philanthropic causes than into his kids’ investment portfolios.

Susie and her brothers, anyway, didn’t mind at all about their father’s decision of giving away all of his money to charity after his death.

Talking about her father’s decision, Susie once said,

“It wasn’t a surprise. He told us in advance. And to be honest, I don’t think I’d want the burden of giving that much away.”

Who Is Susan Alice Buffett’s Husband? Does She Have Children?

Ms. Buffet’s first known relationship was with her husband Allen Greenberg whom she had married in 1983. Greenberg is a lawyer for Public Citizen, whom Susie had met in Washington. The couple however divorced in 1995.

Susie was still in her 20s when she met her first husband, Greenberg. She was then working as an assistant and had just dropped out of college. With Allen, the good samaritan became the mother of two kids.

After separating from Greenberg, Susie stayed single for about 20 years. She then dated John Foley for six years before marrying him in Dec 2017, per Omaha World-Herald.

Their wedding was small and intimate, and while Susie’s brother, Peter, was in attendance, her other brother, Howard, apparently couldn’t make it.

The Omaha philanthropist, Susan’s this husband, Foley is a retired information technology expert. While it is unsure what sort of house the couple lives in, Susie for years hasn’t left North Omaha, Nebraska for ages.

What Does Susan Do In The Present?

In the present, Susie Buffett is about as low-key as a major philanthropist can be. The mother of two has no publicist. Further, she doesn’t produce many press releases or does many interviews. She additionally also doesn’t like to slap her name on programs she supports.

“I live the most boring life you can imagine, which I love, I don’t want to be flying around the world and going to fancy parties and having my picture in a lot of magazines. I just don’t care about that,”

confessed the former Mrs. Greenberg in June 2018. Apparently serving the community seems to be all that she cares about. She considers the reward – is in the giving.

What Is Susan Alice Buffett Net Worth?

Although Susan’s father has stated clearly that neither she nor her brothers, or even their children are benefitting much from the massive family fortune, that is not to say that Alice hasn’t received anything from her dad.

It has been reported that each child including Susie has a $2 billion foundation from Mr. Buffett, The Washington Post wrote in 2014. What’s more, Susie is also a significant Berkshire stockholder along with her two brothers.

It nonetheless is unclear as to what or how much she possesses for herself. In any case, in light of the aforesaid details, Susan’s net worth could be anything from hundreds to even a couple of billions at the very least.

Warren Buffett Has Diswoned Granddaughters; Are They Susan’s Children?

In the mid-2000s, Warren published quite a shocking statement wherein he declared he couldn’t care less about these grandchildren of his and also said that they weren’t receiving a single penny from his wealth.

However, these grandkids weren’t Susan’s children. They were instead adoptive daughters of Warren’s youngest son, Peter Buffet. Peter had adopted twin girls (Erica and Nicole) after marrying the identical twins’ mother Mary Buffett.

The point that led Susan’s father to release such a statement was when one of the twins Nicole, in 2006, commented about the business tycoon in Jamie Johnson’s documentary, The One Percent, (a feature about rich kids).

In one of the footage, she had said that money seemed to be important to her step-grandfather, Warren Buffet. Buffet, however, later found this quite offensive and consequently cut Erica as well as her twin sister, Nicole (who had not appeared in the film) out of his life; personally and financially.

Warren penned in a statement.