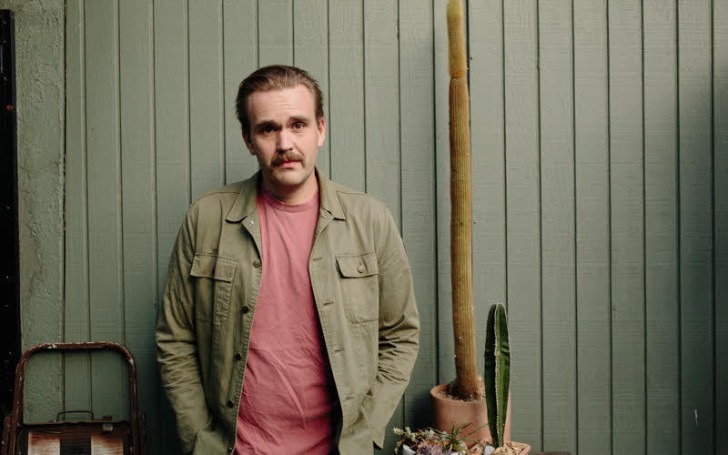 Christopher Candy is a Canadian actor, comedian, and writer who is best known for the movies like Where’s This Party? (2014), Contracted (2013), and To the Stones (2020). He at first grasped the media attention being the son of veteran comedic actor  John Candy.

Talking about his father John is a renowned Canadian artist who rose to fame after being a part of the SCTV (Second City Television) series. Likewise, his further recognized for his appearance in the comedy films like Stripes (1981), Summer Rental (1985), Uncle Buck (1989), and others. Growing up seeing the admirable work of his father, Christopher also chose his dad’s footsteps and is in the limelight for his work in movies.

So, let’s see what kind of movies he has done in his professional career. Apart from his profession, let’s have a close look at every personal detail of John candy’s son, Christopher Candy. Let’s get started.

Christopher was born ‘Christopher Michael’ to his mother Rosemary Margaret Hobor and his father John Candy on September 23, 1984, in Toronto, Ontario, Canada. He is 38 years of age as of 2022. He was raised by his parents in the United States of America and at the age of 9, his father died unexpectedly so he grew up alongside his sister and mother.

Moving on to his education, he completed his schooling at St. Martin of Tours Catholic Church, Los Angeles, California.

Besides, he belongs to a mixed race as his father is of English, Irish, Polish, Scottish, and Ukrainian descent, and his mother is of Chinese descent. He is a Canadian native so obviously, he holds Canadian Citizenship and is also an American national.

Christopher Candy Lost His Father, John Candy At The Age Of 9

On March 4, 1994, Christopher’s veteran father, John Candy died of a Heart attack, of course suddenly and unexpectedly. As per Candy, the night before the unfortunate incident, he had talked to his dad. In this regard, he said,

“I was 9. It was a Friday, “I remember talking to him the night before he passed away and he said, ‘I love you and goodnight.’ And I will always remember that.”

At such a young age of 9, he lost his father figure which left him numb for a longer period of time. He further revealed that he died because of a heart attack. he said,

We found out that it was a heart attack pretty immediately. I just remember going ‘Why?’ because it doesn’t make any sense when you’re that young.

Christopher Has An Elder Sister

He is a younger brother to his sister named Jennifer Candy who was born on February 3, 1980, in Toronto, Canada. His sister is also an actor and producer known for her work On Where’s The Party?, Liv and Maddie, and In Vino.

As of 2022, Christopher’s sister Jennifer has already started her family and is married to a man named Bryan Sullivan. From her marital relationship, she also has a daughter Finely Candy Sullivan.

What Does Christopher Candy Do For A Living?

As we said earlier, he is an actor, musician, and comedian. So, he is hugely involved in the media work. At present, he is working as a host in Neuz Pollution for KXLU 88.9, the weekly music program. Further, Candy co-hosted his own created podcast Bumper 2 Bumper and Never Not Run.

Aside from all these, he is also a writer and producer of series like Where’s This Party? To the Stones, and Chowchilla (co-writer alongside Guerrin Gardner). Moreover, he also has appeared in the TV movie & documentary The Gary Gold Story, and Biography respectively.

Christopher Candy Has Acted In TV Shows And Movies

In his professional career, he has acted on several projects. As an actor, first, he appeared as the character Bruce in 2007 TV series titled Clark and Michael. After 5 years, he was seen playing the role of a Random guy in a 2013 movie named Contracted. The same year, he played Phil in the short movie Safe Driver.

Following his initial projects, he later did several series and movies like Bar America, Living the Dream, Tomato Soup, Show Business, Zooming, Debbie, and many others. Lately, in 2022, he has done a short movie Hill Hikers as Head Referee Chris.

He Is Also A Voice Artist

Before diving into acting, he began as a voice artist. As a matter of fact, he rose to prominence after giving voice to an animated television series, Camp Candy. In this series, he gave his voice in 12 episodes from the year 1990 to 1992.

Again, in 1995, he deployed himself as a Voice artist for the character Bobby the Genius in the TV series Bobby’s world.

Christopher Does A Vocal As Well

He is a member of a band named Chotto Ghetto, a musical band from Los Angeles, California. The band has released several songs like There All Is Aching, Snake Bumby, Sparkles, Wild Fire, and several others.

Does Christopher Candy Own A Company?

The answer is No. In southern California, there is a company named Christopher Candy Company, a chocolate company but this is not owned by the actor and writer Christopher.

Is Christopher Candy Married? Who Is His Wife?

Analyzing his social media handles and several online tabloids, we can say that he is not married yet and neither is he in a relationship. However, we can not ignore the possibility. A 38 years old man could be in a relationship, counting on this, we are assuming that maybe he is having a romantic affair privately.

Candy Is Active On Social Media

A Canadian-born actor Christopher Candy is hugely active on Instagram under the username @chriscandy4ever with an intro “I act and play music. Catch me on a run.” He has 6,289 followers on his Instagram account.

Regarding his net worth, there has been a lot of misunderstanding, however, the fact is he has a net worth of $11 million. Considering his successful career as an actor, musician, comedian, writer, and host, his wealth is pretty obvious.

On the other hand, his veteran father had a fortune of $15 million at the time of his death.