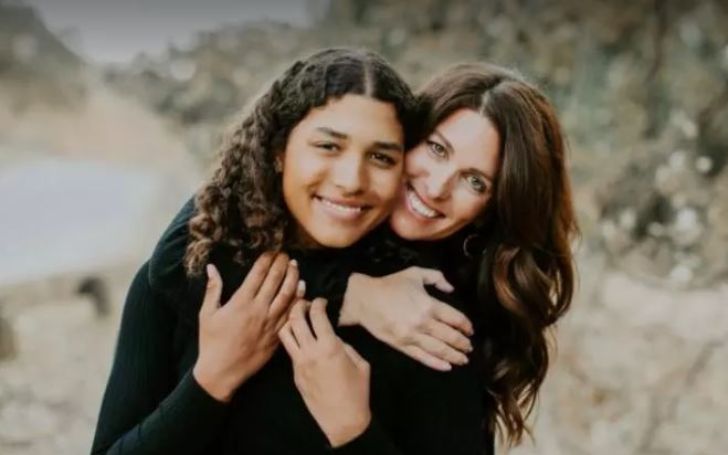 What isn’t as well known by many is that when Tom was growing up, he was athletically in the shadow of his older sister, Maureen. As a kid and a teenager, it was she from the Brady clan who set all kinds of records as a pitcher in high school and would go on to become an All-American career at Fresno State University.

From a high school athletics standpoint, people agree Tom is not the greatest of his own family. It is his older sister, Maureen, who was a dominating softball pitcher during high school and even in college. Even Tom himself agrees his eldest sister, Maureen was the best athlete in their family.

The five-time Superbowl MVP has also said she was also a great competitor and had much toughness. Brady still speaks highly of his sister, Maureen. And even with his six championships, the six-foot-four inches tall QB still believes that his sister is the best athlete the family has ever had.

In like manner, Maureen, the oldest has many stories about her dominance, game after game. As such during tournaments on the weekends, she would pitch like six or seven games in a day. And she’d go 7-0 with two no-hitters. Know more about her in the transitions below; her birth in the Brady family, her parents, the athlete years, her life post the collegiate phase, her husband, relationship, and more.

How Old Is Maureen Brady; Her Ancestry And Sisters?

Although it is unclear what year Maureen was born, she now is presumed to be in her 50s. Her father, Tom Brady Sr. is of Irish descent, while her mother has German, Norwegian, Polish, and Swedish ancestry.

Two of Maureen’s great-great-grandparents on her father’s side, John and Bridget Brady, were Irish refugees from the Great Famine who moved to San Francisco from Boston before the American Civil War.

The first child of Tom Brady Sr and Galynn Patricia Brady, Maureen once revealed she and her siblings all went to Catholic school. They’d all go to church together.

Much like her sister, Nancy also played collegiate softball, and her other sister, Julie played soccer in high school.

Growing Up, Maureen Brady Was The Most Athletic In The Brady Family

The three sisters of Tom, especially Maureen growing up sort of took center stage as to ‘Who is the athlete in the family?’ This eventually led Tom to develop motivation to keep up with his siblings, who were always the talk of the town.

Even at age 5, the ex-New England Patriots no 12 had a strong determination to live up to the family name — even if he had to go about it without being mentioned in the same sentence as his sisters.

Tom used to watch Maureen and his other sisters’ games from the stands. His sisters repaid their brother’s loyalty by watching each of his basketball and baseball games and now his football games. Tommy always used to be known as ‘Maureen Brady’s little brother.’

Tom’s eldest sister went to Hillsdale High School, HHS. Maureen was a 4-year starting pitcher for her high school team, the Knights from 1988 to 1991.

She led the Knights to PAL and CCS championships in 1990 and 1991 while compiling an incredible record of 116 Wins and 9 Losses. During her high school playing career, from 1988 to 1991, Maureen set a state record at the time with a 111-10 career record that is still among the best ever in the state.

In her junior season, she went 32-1 with 10 no-hitters and six perfect games. Maureen would become the State’s 1990 Junior of the Year by CalHi and would finish her high school career with 29 no-hitters, 69 shutouts,  and 14 perfect games.

Maureen also played for the U.S. Junior Olympic Team while at Hillsdale High School. The now 50 plus or something years old would return to HHS in 2009 to coach Knights softball for 3 years.

Maureen Was An Standout Pitcher In College As Well

The eldest daughter of Brady Sr. Maureen was a star softball pitcher during her University period and was on a college scholarship at Fresno State, playing for the Bulldogs.

The Superbowl winner’s sister ranks ninth in Fresno State history with 80 career wins. Tom’s this sister, who was a scrappy right-hander, also led the Bulldogs to the Women’s College World Series in 1992 and 1994.

Maureen was also an All-American pitcher in 1994. As a collegiate athlete, she also appeared twice in the NCAA National Tournament. On the national side, the San Mateo local led the Bulldogs in wins with 36 in her junior year.

She had 321 innings pitched in her junior year playing in the nationals. In her final season at FSU, the first of four siblings became the school’s Athlete of the Year.

The quarterback’s sister likewise finished her career with a record of 80-31 on 748.2 career innings pitched. During Fresno State, she was also a member of the Western Athletic Conference All-Conference Team.

Maureen additionally is among FSU’s Top 10 Season/Career Pitching Leaders in many categories.

What Does Maureen Brady Do Now?

Maureen, now apparently is a registered nurse and a softball instructor living in Bakersfield, Calif. After college, she put all of her focus into nursing, and she currently works at a local hospital in Bakersfield.

In the meantime, she also looks after her daughters’ athletic careers.

Many people know about Tom’s famous family at home, but the supermodel Giselle Bundchen’s husband grew up in an equally supportive family growing up.

He now might be the single most impactful player in the NFL over the last 20 years. Tom, however, didn’t get where he is all alone.

His sisters, in particular, had a major impact on the 2000 NFL draftee’s life, and he might not have made it to where he is without them. Of his sisters’ and parents’ support, Tom once said,

“It was just great to grow up in a house like that and feel so supported by your Mom and Dad. I’ve always had that great support at home. I certainly wouldn’t be standing here if I didn’t have the love and support of my parents and my sisters and my family.”

Maureen and other sisters would provide their brother, Tom a cocoon against the disappointment resulting from defeat at beginning of his football career at Junipero Serra High School. Tom didn’t discover football until he was 14. He used to play basketball as well as baseball.

The Golden State citizen says she and the rest of her sisters will always have their brother’s back. She also states the most important thing for them is Tom knowing they love him.

The bigger sister has additionally stated that whatever her brother Tom needs — whether it means talking about his sons or his wife, she and her sisters are there for him. Maureen, Julie, and Nancy still call their brother Tommy.

Maureen Brady Is A Mother Of Two Daughters; Who Is Her Baby Father?

Maureen shares her daughters, Maya and Hannah with her ex-husband, Brian Timmons – who once reported as a Marelich Mechanical detailer.

While it is unclear, when or how Maureen started dating Brian or when they married, they ended their courtship in Aug 2010. Their divorce filing took place in San Mateo County Superior Courts.

Considering the fact that she is mostly inactive on the internet and appears less for interviews, it is significantly unclear whether Maureen, at present, has a husband or at least a partner. Further, even Tom seems to mention less about her be it in his q and a’s or on his social media. It thusly is up to arbitrations only as to what her personal life looks like for the time being.

Maureen’s Eldest Daughter Is A Top College Athlete As Well

Maureen’s daughter Maya is Softball America’s second overall 2019 High School Softball Recruit. She started her own legacy at UCLA in 2020. The youngster during her freshman made a stunning entrance to the college softball world at Stacy Winsberg Memorial Tournament.

Maya kept the production up at St. Pete/Clearwater Elite Invitational including a grand slam against South Florida and seven total RBI over the following weekend.

Maureen signed her eldest daughter, Maya up for softball at around 4 years old. It was the sport that her mother picked for her. Maya also starred in several sports growing up.

Maureen’s daughter was also a soccer star and according to her uncle Tom she could drive a ball on the golf course 300 yards. Maya claims her mom, Maureen is her best friend, who for her is the epitome of a strong, independent woman.

Maureen and her brother, Tom – have quite an influence on Maya Brady. It was Maureen who pushed her daughter Maya down the path of sports because her circles were full of champions already.

Maya credits her mom for helping her push her limits. The Fresno State All American also established her daughter’s love to compete. Talking about her mother in an interview, Maya said her mother really ingrained in her the love of the game.

Maureen also always coached her daughter’s teams when she was little.

“She’s just always so supportive and always assuring that the love of the game is still in there,”

said Maya whilst speaking about her mother. The college student also claims she developed as a hitter with the help of her mom guiding her to think like a pitcher.

Maureen Brady Raised Maya And Her Sister As A Single Mother

Maureen raised Maya and her younger sister Hannah as a single mother working as a nurse. The family of three lived in Southern California together while taking Maya to ball practice in Orange County.

In addition to Maya, Maureen is also equally attentive toward her youngest daughter Hannah who is a volleyball player. Maureen worked as a traveling nurse while raising her two daughters as a single mom.

She made it her mission to make sure both Maya and her younger sister, Hannah, had the same opportunities in sports. The Buccaneers’ administrate’s sister did whatever she needed to do to make that a reality.

“Seeing how my mom operates in life is on another level, and I genuinely don’t know if anyone works harder than her,”

Maya Brady said of her mother, Maureen in Feb 2022.