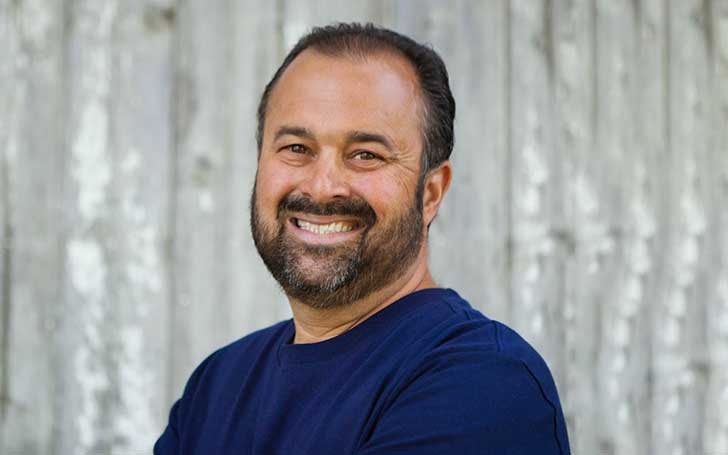 If you have ever watched American Pickers, then you might be familiar with one of the American Pickers, Frank Fritz. Well, the History channel show has been running since January 2010 and as of June 2021, it has already completed 21 successful seasons. The show follows antique collectors Frank and Mike Wolf who travel across the United States to buy collectible antique pieces.

Frank often makes headlines with the deed he does on the show. And recently, he made a buzz after he secretly left the show after over a decade of association. His sudden decision shocked his fans across the United States and overseas.

Even though he has been in the limelight for over a decade, there still are a lot of things to know about him. His fans are always curious to know about his personal life besides his profession, so are we.

So, in today’s episode, let’s try to bring forward all the info regarding Frank Fritz’s personal and professional life.

Frank was born on October 11, 1965, in Davenport, Iowa. His father is Bill Fritz and his mother is Susan Fritz. Frank’s parents divorced while he was still young. Following her divorce, his mother married Richard Zirbe in 1974.

As a child, Fritz was always interested in collecting rocks, beer cans, and postage stamps, and he eventually got to work the same thing professionally. Talking of his early works, he worked at Coast to Coast Hardware and Quad-City Automatic Sprinker so that he could earn enough money to buy $4,100 Harley-Davidson.

Talking about his education, Frank studied at Sudlow Intermediate School and later graduated from Bettendorf High School in 1982. While at Sudlow, Frank met his future ‘American Pickers’ co-star Mike Wolfe.

Many of Frank Fritz’s fans seemed concerned for his health after the television star lost a significant amount of weight between American Pickers seasons. People became curious to know if Frank has been suffering from a severe disease. And the answer to this question is ‘yes.’ Well, Frank, 55, is battling Crohn’s disease for a long time now.

It is a type of inflammatory bowel disease (IBD) that causes inflammation in the digestive tract. The major consequences of this disease are abdominal pain, severe diarrhea, fatigue, and weight loss.

Back in 2013, Frank addressed his fans’ concerns on Facebook where he said he was battling Crohn’s disease, while he had also been on a diet and exercising at the same time. He also said that he had taken a break from the 8th and 9th seasons of American Pickers due to the same condition.

Meanwhile, Frank’s fellow American Pickers star Mike Wolfe had revealed that Frank was getting back surgery, however, he didn’t mention for what.

His Struggle with Mental Health

Not every celebrity can handle their stardom well. One of those who struggle to handle their fame is Frank Fritz. He has been a prominent figure in the media for over a decade and he has openly admitted he suffers from anxiety.

Back in 2017, when he was arrested for driving while intoxicated, he revealed that he was under a prescription medicine, Xanax. He went on to describe his celebrity status had led him to seek medication for anxiety.

Frank’s Relationship with Diann Bankson and Their Nasty Breakup

Frank Fritz’s relationship status is single since his break up from Diann Bankson a couple of years back. Even though he is often rumored to be married or dating some girlfriends, no official source has verified his relationship status recently. Meanwhile, Frank was previously engaged to Diann, however, they split before they could walk down the aisle.

According to the reports, Frank and Diann became engaged in 2017. Meanwhile, it is not known when the couple started their relationship. Their nasty breakup came to the media after Diann sued her ex-beau for negligence in January 2020.

In the lawsuit, she mentioned how Frank and one of his friends were responsible for her third-degree burn.

In the court papers The Sun obtained, Diann said she caught her husband with a woman after their engagement in November 2018. They were on a break after the incident, however, they reconciled later.

She continued they were living in Frank’s Iowa farmhouse where an incident took place when Frank and his friend tried to set off fireworks. Diann claimed the men had been trying to lit the fireworks as she went into the home. As they couldn’t light the firework, they put it in a closed cylinder vintage ashtray and tried to light it there. She added,

“The firework did not light again and the Defendant just left it in the covered intake ashtray instead of properly disposing the firework.”

Diann went on to say that the men didn’t warn her about the ashtray and as she used it while smoking a cigarette, it blew up. As per the lawsuit, “The ashtray blew up severely burning her hand and arm with third-degree burns and burnt off eyelashes and eyebrows.”

Shortly after that incident, the couple split, and this time they didn’t reconcile. And after their split, Frank had locks changed in a separate house they shared in Iowa.

In the meantime, Diann asked for financial support of $50,000 claiming “Frank was “negligent in the operation of fireworks.” Further, Diann claimed in the lawsuit that she had experienced pain, emotional distress, and mental anguish. Further, she added she lost her earning capacity, lost her normal life, and had to bear heavy medical expenses.

Frank Fritz started working as a fire inspector following his graduation. There, he started picking up firefighter and firehouse-related trinkets. Once, when he bought an item for $15 and sold it for $475, he thought his dream job can give him a living.

And then in 2002, he gave up as a fire inspector and started collecting antique and vintage items. He also opened the antique shop, Frank Fritz Finds in Savanna, Illinois. It gained him popularity and later caught the attention of The History Channel which eventually got him to work on American Pickers.

When the show premiered on the channel on January 18, 2010, it gained more than three million viewers. It also went on to be the highest-rated debut on the channel since Ice Road Truckers in 2007.

Besides his works on the History Channel show, Frank has been part of some renowned television series such as Rachael Ray, Cincy Entertainment, American Restoration, and Pawn Stars among others.

Frank Fritz is a Millionaire

Being part of a famous History show for over a decade, Frank has undoubtedly earned a heck a lot of money. His salary or payment per episode has not been released yet. However, Frank has a decent net worth of $6 million.

Sold House That He Bought with Ex-fiancee

The American Pickers star Frank Fritz sold his Iowa house that he had bought a couple of years back. The Sun US confirmed that the TV star sold his house for $358,000.

Referring to Iowa property records, the outlet also mentioned Fran and his ex-fiancee, Diann Bankson had bought the property for $355,000 in March 2018. Frank and his ex had listed their house in August 2019 for $379,900 after their split.

Then in March 2020, Dainn took her name off the deed and Frank re-listed the property for $389k. After a series of price drops, he was finally able to sell the house in January 2021. The house features three bedrooms and three bathrooms and occupies a 2,780 square-foot area.

Frank Fritz is a Bike Enthusiast

Many of you might not know that Frank is a huge bike enthusiast. He has never been outspoken about his love for motorbikes. However, the fact how he did a couple of odd jobs in order to buy a Harley Davidson motorcycle shows how much he loves motorcycles. By far, we haven’t got to see his bike collections, however, we have witnessed him on his Harley multiple times.