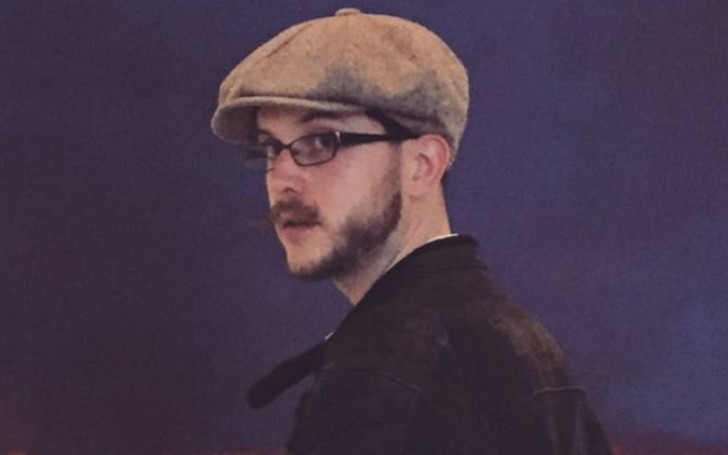 James Benjamin Heltibridle (aka James Heltibridle) is a late filmmaker and designer with a wide experience in many other fields behind the scenes. Tragically, James was killed in a horrific car accident at the young age of 28. His untimely death was first announced on Michael Jaegers Officially Undead Fan Site.

Moving towards his versatile career, Heltibridle worked on a handful of projects but was better known for his association with one of the most-viewed AMC TV series The Walking Dead.

Besides, also know the details of his parents, college, and more!

James Heltibridle Family: Who are His Parents?

Talking about his nationality, James was an American and had a Caucasian ethnicity.

He attended the University of North Carolina School of the Arts to study film production in 2009 and completed graduation with a specialization in Art Direction and Production Design from the college in 2013.

James Heltibridle Career History: Spent a Month With Netflix Too

James was specialized in multiple prestigious fields such as Art Direction, Visual Merchandising, Precision Driving, and SketchUp Modeling. On his Twitter bio, the late man of all seasons described himself as a filmmaker, designer, and artist. He spent the majority of his career working as a filmmaker in Atlanta, Georgia.

James first landed the job as an art director at Run and Gun, in Asheville. He there worked under the Production Designer to execute the desired design of the movie.

In April 2014, Heltibridle started working as an interior design intern at Studio s2. He used to produce 3D models and volumetric designs at the company. He also edited CAD build drawings at the time.

After working with a few short movies, James joined the Props Department of the mega-hit TV series The Walking Dead. He worked as a property master and also played a few other major roles behind the camera for the series’ 16 episodes in 2016. Some of his uncredited episodes were Hearts Still Beating, Sing Me a Song, The Day Will Come When You Won’t Be, and more.

There are no reports on when Heltibridle had begun his job with the TV series but had been seen attending the show’s events since 2015. He also shared some photos from the project on his Twitter account.

Did you know that The Walking Dead star Andrew Lincoln is happily married to Gael Anderson?

In addition to his TV and film work, James was a Part-Time Merch Associate at Crate and Barrel, a furniture store.

How did James Heltibridle die? The Cause of His Death

Sadly, the raising filmmaker was killed in a dreadful auto accident on 10th November 2016. The Michael Jaegers Officially Undead Fan Site Facebook group was first to break the sad news, with the following statement,

“RIP to James Heltibridle, one of our unsung heroes on The Walking Dead and part of our film industry family. James worked in the Props Dept and was killed in an auto accident last night.”

A few days after his untimely death, Heltibridle’s former college the University of North Carolina School of the Arts wrote on its Facebook page,

“The #UNCSAalumni family lost one our own last week. James Heltibridle (Film ’15) was killed in a car wreck after leaving the set of The Walking Dead. You can leave an online condolence to his family here. Memorial donations can be made to the Film Art Department at www.uncsa.edu/giving.”

According to the above-mentioned statement, the incident happened when Heltibridle was coming back from the show The Walking Dead. The series also honored his memory with a title card of the episode. He was just 28-year old at the time of his demise.

James had $500,000 net worth at the time of his death. He racked money from his multiple roles behind the scene.