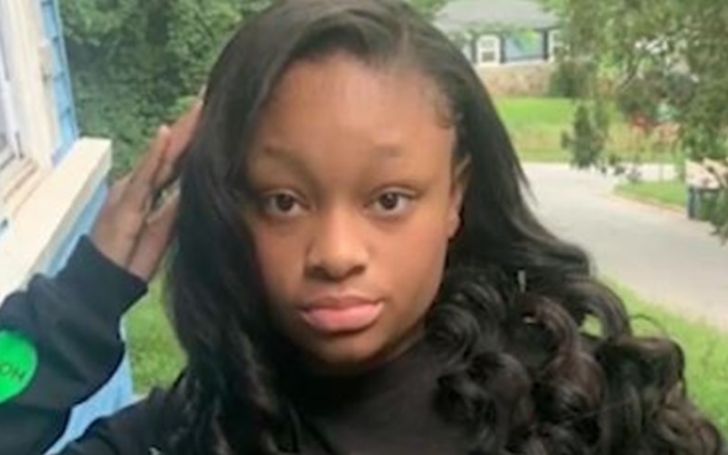 Kalecia Williams is noted as a teenager who was killed while she was making a TikTok video. She lost her life to a gunshot wound at the Hyatt Regency in downtown Atlanta. The tragic incident happened the day after Christmas at around 12 at night.

The time between she stopped making TikTok videos and the reported time of her death has many stories involved. There are just too many variables in Williams’ death; from being at a place where she wasn’t supposed to be, her mysterious relationship with her killer to who exactly brought her body to the police.

Even to this day, the case keeps getting new developments and theories. They however all have been speculations and guesswork at best. So know what exactly went on the day Kalecia Willaims was killed, who was her murderer, her parents, and further.

Williams who was born in 2004 was the daughter of April Smith and the stepchild of Ronney Savoy. Williams, who died at age 16, was studying at South Atlanta High School. Some say she was also a student of Crawford W Long Middle School.

Moments before Williams’ death, the young teenager at approximately 12.02 am, set her phone in front of her and started making some bodily moves for her TikTok account, @Kaleciawilliams1.

As she was in the middle of making her TikTok video, someone entered her room after which Williams can be seen halting her recording. Due to the recordings being stopped, it is still unclear what happened after that very moment. Though after some time, Kalecia who was often called Pinky by her parents died.

The police found Williams’ unconscious body in the hotel lobby being escorted by yet-to-named people. The doctors pronounced the 16 years old dead as soon as they got her for treatment. Williams’ death day is listed as Dec 26, 2020, at 12:23 am.

What Really Happened The Moments Before Williams’ Death?

Since the day Kalecia died, there have been multiple stories of what actually happened. Most retold among them are:

The day of the murder Williams was supposed to be at a party at an Airbnb with her friends. Williams had an invitation from one of her friends named Infiniti for a Christmas party.

It is from here that Pinky’s story of the day she died has several narratives.

The Story 1: A Chaperone Booked A Hotel Room For Kalecia Williams

This particular narration goes as:

Earlier Infiniti’s mother had talked to Kalecia’s mom and had assured her that she was going to chaperone Williams and all her friends.

Infiniti’s mother had also told Williams’ mother that there would be only girls. Williams parents were made sure that their daughter was staying at an Airbnb with her schoolmates; all girls. However, none of the things Infiniti’s mother said to Kalecia’s mom were true. First, there were no chaperones, and the party also had two boys in attendance.

The Story 2: Williams Stayed At A Private Hotel Instead Of An Airbnb

This story has a chaperone who got Pinky a hotel room and paid for it. According to this, April Smith’s daughter first reached the party venue when no one else was there.

Kalecia reached Hyatt Regency at around 8/9 pm after which she called her mother to tell her that she was the first to come and that nobody was there.

The Story 3: What Happened Right After Kalecia Williams Stopped Her TikTok Video

Williams had just come from the party shortly after which she started recording herself dancing for a TikTok video. Within seconds she stops the video.

Afterward, some people in the nearby rooms heard the gunshot after which they came to Williams’ aide. The two men then carried Kalecia and took her to the lobby after which they called the police. When the police finally arrived, they found out that Pinky was not breathing and that she had no detectable pulse.

The Story 4: A Woman From The Hotel That Day Said Some Hidden Details Regarding Williams Death

It had been some days since the death of Kalecia Williams when a South Carolina woman who happened to be in the hotel that day reached the late teenager’s parents and told them that she managed to see what had happened right after the moment Williams was shot.

She said she saw two guys carrying Williams’ unconscious body; one had one leg of Kalecia and the other guy had the other. The woman reported the guys telling each other that she (Kalecia) had been shot. Some time afterward the woman admits she also helped escort Pinky’s wounded body alongside the two guys she mentioned.

This woman apparently also filmed the pracademic trying to resuscitate Kalecia. According to this video, Kalecia had much lesser blood than what had been initially told to the victim’s parents. Earlier, the officials reported, Kalecia was drenched in a pool of blood. As a result, this is also one of the mysteries of Williams’ death.

The Story 5: Williams Was Booked A Hotel Room By Some Other People

Apparently, it was another set of parents who bought the room for Kalecia at the Hyatt. This story also alleges that there were three minors who carried Williams’ wounded body to the hotel lobby.

In addition to multiple media theories, several Tiktokers and Instagram reels have also talked, analyzed, and expressed their opinions regarding Williams’ case. Though most of their thoughts and conclusions or takes on the matter, are very much similar to the aforesaid stories.

Kalecia Killer Was A Boy Under 18; He Served Only A Year In Jail

Sometime after the hotel incident, it was revealed Williams’ killer was a boy of her own age. According to reports, the officials arrested the boy at the crime scene. The police later charged the murderer with sexual and aggravated assault, underage possession of a weapon, felony murder, and reckless conduct.

Some days after arresting Pinky’s killer, the police sent him to the Metro Regional Youth Detention Center. Since he was a minor, the police couldn’t disclose his name to the public.

Few or two reports claim that the person of whom Williams got scared in the Tiktok video she was making was Kerie Brown. They apparently had a brief altercation before the boy fatally shot Kalecia. Brown allegedly assaulted Williams sexually and shot her in her groin out of rage.

The boy had also been attending the party to which Williams was invited. And it was the same boy with whom she had an argument. After barging in on Pinky when she was making a Tiktok, the boy and the slain youngster reportedly fought for a while and the boy later ended up fatally shooting Williams.

Atlanta police said she and a teenage boy were the only ones inside the room at the time of the shooting. Investigators said the two were acquaintances and knew each other for some time. The police claim Williams was in fact staying with a male companion at the hotel.

Whoever her killer was it was reported he only served 1 year behind the bars in juvenile detention. He was let go in early 2022. Williams’ family hasn’t accepted the officials’ decision of letting go of their daughter’s murderer. There is still a petition at change.org calling for Kalecia’s justice.

Kalecia Parents Knew About Their Daughter’s Death Much Later

Williams parents April and Ronney Savoy didn’t know about their daughter’s death until 8 hours after the incident. They had called their daughter but Williams’ chaperone for some still unknown reasons didn’t pick up any of their calls.

Later, the chaperone did call Pinky’s guardians but apparently, they received the news much later. April and Savoy after getting the tragic news expressed anger toward the chaperone and later argued the overseer should also have been held accountable.

Also, while Kalecia’s friend, Infiniti spoke personally to the victim’s mother, none of what she said was plausible. Infiniti told Williams’ mom that her daughter screamed for some minutes until she went unconscious. But there have been no other witnesses or proofs so far.

Kalecia Williams Parents Are Still Fighting For A Proper Investigation

While there are one too many stories about what really happened to Pinky, April Smith while talking to Fox 5 said the whole matter of her daughter’s murder had been foul play and that she was trying to put all the pieces together.

Smith further complained about why it took eight hours for the authorities to report her daughter’s death. Also, she states the news rather came from the morgue, not the police. The parents to this day say that not enough was done.

Some Details From Williams Obituary And Funeral

Kalecia’s obituary reads the Williams family conducted their late daughter’s funeral the next day after her death at the Life Changing Work of Faith Church, Washington road.

The family held her Homegoing Services on Saturday at 2 pm at Life Changing Faith Walk 3178 Washington rd Eastpoint. The remains were instated at 12:30 pm interment at Forrest Hills Cemetery. Kalecia’s viewing took place on Friday 1, January 2021 at the RW Andrews Mortuary from 11 am to 6 pm.