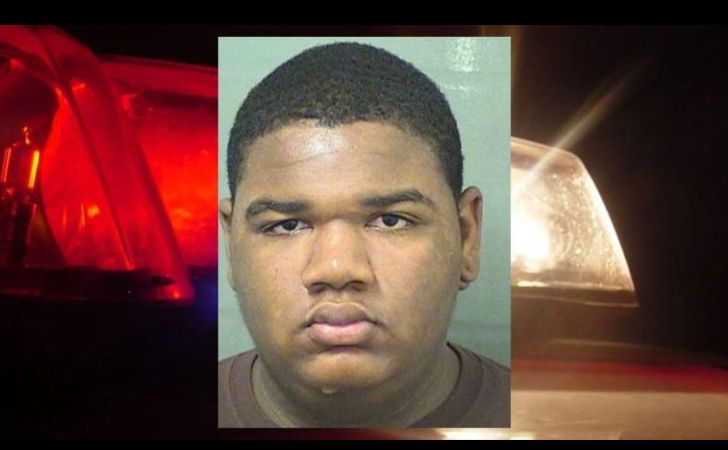 Latarian Milton, who is now a grown-up man, is infamous for being a juvenile delinquent. Back in 2008, when he was merely 7, he became a widely covered juvenile criminal after he stole his grandmother’s car, and damaged vast properties in a road rage rampage across palm Beach. He has since been also known by the nickname ‘Hood Rat Kid.’

Well, it has been years since he was a subject for the wrong reason. But where is Latarian Milton now? How is his life at present? In this article, we are going to cover several aspects of his life, including his career, education, relationship with his parents, and a lot more.

Infamous for his crazy mischief in the past, Latarian is 20 years old at present. He was born on 30th September 2000 in Palm Beach, Florida, to mother Sheneequa. An American citizen, Milton’s mother was just 16 when he was born. Unfortunately, no details about his father are available so far.

During his growing up years, his grandmother Zikkita Stratford was the one who took care of him for the most part of his childhood. However, by the age of 7, his life took a wrong turn where he got indulged in smoking and had already developed a criminal mindset.

As we said, Milton was already enjoying crime by the age of 7. He reportedly stole his grandmother’s car and drove across Palm Beach, damaging numerous properties on the way.

As per the reports, he along with his friend sat into his granny’s SUV and drove into two mailboxes, hit two moving cars nearby a Walmart, and finally crashed into some cars parked in the Costco parking lot.

Upon being interrogated by police, he stated that he was angry with his mother and that he wanted to do stuff with his friend. Further, he showed no remorse upon his action and instead said that “it is fun to do bad things.” Well, this became one of the reasons, he got viral in the media.

Check out the video here:

As of 2021, it has been over a decade since the incident happened. So how is his life at present? Let’s discuss this in the section below.

Milton Finished His Graduation In 2015

With all the past that he has lived behind, it is quite likely to assume he must have turned into a criminal. But fortunately, things slightly changed for him as he has completed middle school.

Back in 2015, the media covered him once again, but for good reason, on his graduation day. He finished his graduation from the John F. Kennedy Middle School in Riviera Beach, Florida.

Back then, in a conversation with the media, he revealed his plans to pursue football at the national level. Further, he also stated that he will continue his studies and join an engineering college and maybe join US Navy if professional football does not work out.

Where Is Latarian Milton Now? Reportedly Charged For Carjacking

While it looked like Milton has finally turned into a wise man, but things does not seem to have changed much. After a road rampage back in 2007, he has again been charged with carjacking. The car belonged to the Lyft ride-sharing service in suburban West Palm Beach.

As per the Lyft driver, he picked up a woman and four men, which also included Milton. After he dropped the woman at an apartment, the men in the car asked him to take them to a different location. But since the request was not made through the app, the driver denied it.

Out of the four men, one named Joseph threatened the driver at the gunpoint and got him out of the car. They stole his jacket, wallet, and iPhone after which Latarian took over the driver’s seat and drove away.

Is He on Social Media?