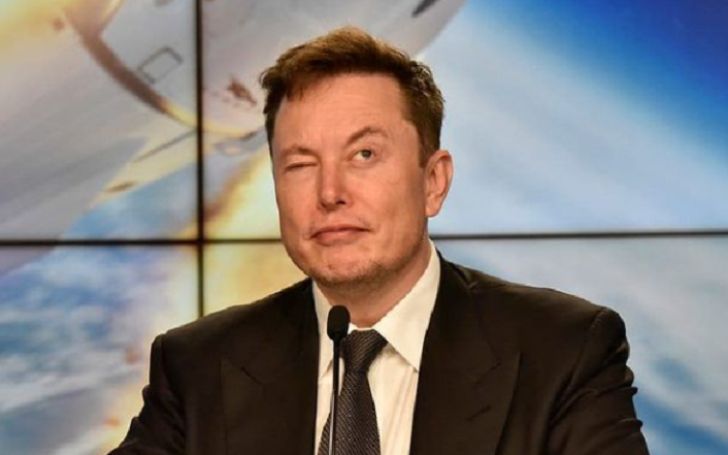 Nevada Alexander Musk was the first born-child of Elon Musk, the most successful business magnet with the tag of the world’s richest man in 2022. The co-founder and CEO of Tesla, Musk has an estimated net worth of $224 billion at present.

Despite his tremendous success in the burgeoning business world, Musk went through a family tragedy early when his first son Nevada died. What was the cause of his death?

In addition, we are going to explore several other interesting facts about Nevada including his parents’ marriage, siblings, and more!

His Date of Birth And Other Early Details

He was born in the year 2002, in  Los Angeles, California, the United States of America. Nevada was the firstborn child of his father Elon Musk and his mother Justine Musk, an author.

Besides, talking about his ethnicity, Musk had a mixed ethnical background and his nationality was American and Canadian.

Unfortunately, Elon and his then-wife Justine were completely devasted at the death of their first-born child Nevada. He was only 10 weeks at the time of his demise.

In the article, Nevada’s mother wrote for Marieclarie.com, she opened up about the tragic death of her son. Justine revealed in the content the tragedy happened the same week when eBay bought PayPal for $1.5 billion in 2002. She revealed Nevada went down for a nap as always and after some time, the infant baby suddenly started stopping breathing.

However, by the time paramedics try to resuscitate him, Nevada had gone for so long without oxygen and was brain-dead. Then, Elon and his then-spouse Justine took him on life support in a hospital located in Orange Country. The baby spent three days there but there was no improvement in his health. And eventually, Musk and Justine decided to take him off it.

“I held him in my arms when he died.”

His death came as a shock to all the family members. Elon was completely shattered after the incident. His ex-partner Justine even wrote that her ex-hubby “Elon made it clear that he did not want to talk about Nevada’s death.”

How did Elon’s first child die? Nevada Alexander Musk Cause of Death

Talking about the reason behind Nevada’s death, Elon Musk’s first child died of SIDS (Sudden Infant Death Syndrome). The unexplained demise usually happens when the infants who are under a year are asleep.

Talking more about SIDS (Nevada’s cause of death), it is also known as crib death because most of the infants die in their cradle. Although SIDS is something that took infants’ life anytime, some preventions you should follow are your baby to sleep on his or her back, using a firm mattress, and more.

One of the richest men in the world, Musk in emails exchanged with Tesla crash victim’s father opened up the death of his son. He said to a father who lost his teen boy in a tragic Tesla accident in 2018, “there’s nothing worse than losing a child.”

“My firstborn son died in my arms. I felt his last heartbeat.”

The business tycoon came up with his own tragic story when James Riley lost his son named Barrett in May 2018. Reports say that Barrett lost his control at 116 miles per hour while driving the Tesla Model S which instantaneously hit a concrete wall of a house in Florida. As a result, Barrett and his colleague killed both killed on the spot.

Siblings: Nevada Musk’s Mother Gave Birth To Her Twins and Triplets Via IVF

Ever since Nevada’s unfortunate death took a heavy toll on his parents’ desire to have a baby, his mom Justine went on to visit an IVF clinic less than two months after the tragedy happened. She wrote in her article,

Successfully, in 2004, Justine Musk gave birth to her twin boys named Griffin Musk and Xavier through in vitro fertilization.

Similarly, the Canadian author and her husband Musk welcomed triplets Damian Musk, Saxon, and Kai in 2006. Also, the babies were conceived through IVF.

Nevada Musk’s parents Justine and Elon tied the knot in January 2000. The two were together for about eight years before Justine announced that the duo separated in Sept 2008. Following their divorce settlement, Musk and his ex-wife shared equal custody of their five children.

Since his divorce from his first spouse, Musk went on to marry Talulah Riley in 2010. The couple, however, announced their separation in 2012. But, a year after their split, they again married. This time also their marriage couldn’t go for long and Musk filed for divorce from Riley in late 2014. The proceeding came to end in 2016.

Elon is now in a beautiful relationship with Canadian musician Grimes. The two also welcomed their first child, a boy named X Æ A-Xii in May 2020. Musk came up with a photo of his new baby boy on his Twitter using a tattoo face filter.

Nevada’s Father is Super Rich; His Net Worth

His dad Elon Musk is now listed as one of the richest men in the world. He has an estimated net worth of $224 billion as of Feb 2022. The first time, Musk was included on the Forbes Billionaires List was back in 2012 with a total fortune of $2 billion. Today, the figure Elon had back then can be multiplied more than 110 times when it comes to his total net worth.

Musk began his business career while at Stanford University, co-founding Zip2, the web software company. Later in the year 1999, it was bought by Compaq for $307 million.

The same year, the businessman went on to co-found X.com, an online bank that later merged with Confinity. The two companies then formed PayPal which was later acquired by eBay for $1.5 in 2002. Musk solely made $165 million from the sale.

His mom Justine, fully Jennifer Justine Wilson is from Peterborough, Canada. Born in Sept 1972, Wilson is an author by profession who wrote the contemporary fantasy novel called BloodAngel in 2005. Her other books include Uninvited, BloodAngel, Lord of Bones, and more.