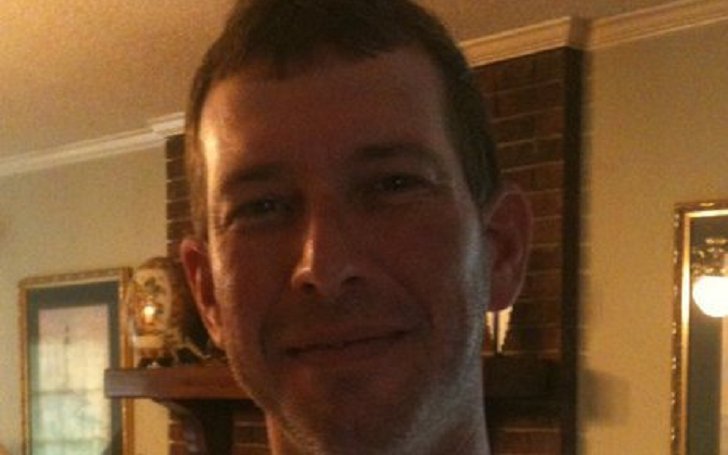 Randy Chrisley is popular as the brother of Todd Chrisley, a real estate tycoon, and upcoming fashion icon. The businessman gained tremendous popularity after his main role in the hit reality TV series Chrisley Knows Best. The series shows the lives of Todd’s affluent Christian family.

Well, talking about Randy, who hasn’t been on the market like his older brother but made a few headlines in the past. He was arrested for shoplifting back in 2016.

On the other hand, his wife and Todd Chrisley’s sister-in-law Pamela also got involved in the family legal drama after blackmailing Todd to extort money from him. Let’s know more about Randy including his health condition!

Who is Randy Chrisley? His Parents; Father Died at 77

He has been into the limelight being the younger brother of Todd Chrisley. Randy was born in Westminster, South Carolina to Gene Raymond Chrisley (father) and Faye Chrisley (mother), a Westminster High School graduate.

His dad Genen, however, passed away at 77 on 11th July 2012 at Emory University Hospital. He was a veteran of the U.S. Army who also won a bronze star after serving in the Korean War. His grandparents were Leonard A. and Allie Mae Childers Chrisley.

In Jan 2020, Todd shared a throwback childhood photo with his brother on Insta. He opened up their mother’s workload who used to work ten hours a day to provide for them in the caption.

Randy Chrisley Education and Other Details

Born and raised in Westminster with his family, Todd Chrisley’s brother went to West-Oak High School in 1984. He has an American nationality and belongs to Caucasian ethnicity.

Career: Did He Ever Involve in the Real Estate Business?

According to sources, Randy previously embarked on the real estate business which couldn’t be much successful as his brother Todd’s. He currently works at RS service. He has been a part of it since August 2001.

On the other hand, his bro Todd owns a firm Chrisley Asset Management. According to court documents, the company hasn’t been in good condition for years.

Several tabloids reported, in addition to Randy, there was also another brother of Todd. He was reportedly Derrick Chrisley who, nonetheless, passed away at an early age. But, Todd has yet to reveal anything about his rumored late brother.

Who Is Randy Chrisley Married To? Know About His Wife

He tied the knot with his strange wife Pamela Chrisley in August 2012, in a beautiful wedding ceremony surrounded by their family members and close friends. The two always kept their marriage out of the media.

After a few years of their love life, their marital relationship fell apart. Randy filed for divorce from his spouse in the mid-2010s. They didn’t have children.

But, Chrisley has a grown-up son from his previous relationship. He has kept the details of his child to himself. Furthermore, the information about his biological mother is still unknown.

Back in 2016, Todd Chrisley’s sister-in-law Pamela was arrested for trying to extort money from the Chrisley family. Authorities confirmed to ET that the woman was arrested on 4th March and charged with 2nd-degree harassment. She was released the same day on a $1,000 bond.

As per incident reports obtained by Fox Carolina, Pamela threatened to “sell a story to the National Enquirer that would hurt the Chrisley name unless hush money was deposited into her bank account.”

A day later on 5th March, Todd himself announced the bad news on his lengthy Instagram post. He also disclosed that Pamela had a warrant for her arrest for “blackmail and extortion” in the caption.

In late 2016, Randy attracted huge backlash after arresting him for shoplifting in South Carolina. According to the report, multiple bags of candy worth around $22 were stuffed in his pants.

When the police arrived, Chrisley was already in line but later left the line and began “walking briskly towards the back of the store pushing a buggy.”

After an inquiry, Randy acknowledged that he “put the candy in his pants with the Intent of walking out of the store without paying for them.”

What Happened to Randy Chrisley? His Health Condition

Reality TV star Todd Chrisley’s younger brother Randy was diagnosed with stage four cancer in 2014. A representative for Todd confirmed to Us Weekly,

“Todd Chrisley and his family are saddened to announce that his younger brother, Randy, has been diagnosed with stage four cancer,” an insider told.

He then underwent chemotherapy. As of now, sources say Randy has made a full recovery and is living a healthy life.

It is a family reality TV series that chronicles the lives of real estate mogul Todd and his family. It was released on USA Network on 11th March 2014. The series has premiered seven seasons to date.

Its cast members in addition to Todd include his wife Julie, and his children Lindsie, Chase, Savannah, and Grayson. In fact, Randy hasn’t been listed as the show’s cast member.