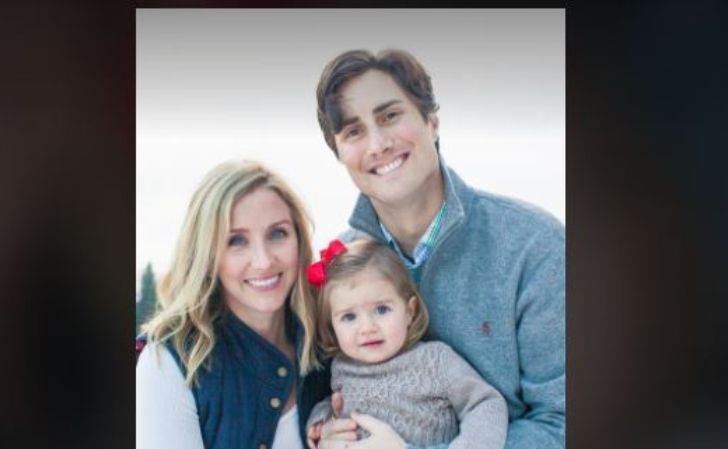 Rhett Broderick is an Idaho-based World History and US History teacher who is better known as one of the children of the tragic couple, Betty and Dan Broderick. Rhett’s parents, Dan and Betty’s relationship is a chilling story of divorce and double homicide that dominated the headlines in the late 1980s and early ’90s in San Diego, California.

Betty infamously killed her estranged ex-husband Dan Broderick and his then-new wife on Nov 5, 1989. It’s been more than three decades since that bitter moment and in the years since Dan and Betty’s children have grown up, married, and even have children of their own.

All of them had varying opinions of their mother amidst the trials and afterward but Rhett – being still a child at the time couldn’t express what he felt. Though over the years, he has sat up for a few or two interviews where he shared his thoughts on what happened between his parents.

Read what Rhett Broderick said about his mother killing his father, how his life changed after the incident, what is he doing now, his own married life, and further.

Rhett Broderick Is Californian By Birth

The youngest child of Dan and Betty, Rhett Broderick was born in 1979 in California.

His Grandparents Were Well Off Catholics

Rhett’s maternal grandfather, Frank was a thriving New York City building contractor. His paternal grandparents, on the other hand, were from Pittsburgh, Pennsylvania, and were also Catholics.

Rhett Broderick Was Born To Quite A Wealthy Family

Rhett’s parents, Dan and Betty, The Brodericks belonged to country clubs and as a result, Rhett and his siblings went to private school, drove in sports cars, and took ski vacations in Colorado.

Rhett’s family was a swanky one in the affluent California neighborhood, Coral Reef. He and his siblings also went to endless vacations and they were evidently living in the lap of luxury.

Rhett’s siblings include Lee Broderick or Kathy Lee, Kim Broderick, & Daniel Broderick Jr. Two of his siblings, Lee and Kim reside in Idaho but it is unclear if the sisters live nearby Rhett.

Rhett’s older brother Daniel Jr, on the other hand, is a resident of San Diego, California. Much like Dan Sr. Daniel is also an attorney. He is married with three children.

Rhett And His Brother Were Mostly Raised By His Father’s Relative; He Moved A Lot

After the death of his father and his mother going to prison, Rhett went on to live under the guardianship of his parents’ relatives in Colorado. He was with his elder brother Daniel Broderick Jr. Rhett also spent some of his teen years in boot camps.

He says the scrutiny he endured during those times didn’t make it any easier for him. The junior-most Broderick admits he constantly felt like he was under the microscope; they tried to blame his parents’ situation for everything he did.

Rhett would move around a lot in his life. Throughout his life, he has lived in California, Colorado, Missouri, Arizona, Massachusetts, Connecticut, Oregon, and now Idaho.

He, though, would go to Idaho occasionally to ski and snowboard.

Rhett graduated from the University of California, Berkeley with a BA. He did his Master’s from the Oregon State University.

What Really Happened Between Rhett Broderick’s Mother And Father?

Rhett’s parents, Dan, and Betty’s marriage started to fall apart with Betty claiming Dan was having an affair with his assistant Linda who late would become his wife.

Dan Broderick eventually filed for divorce after which started messy court battles between him and Betty regarding children’s custody and spousal support.

According to Betty, Dan really pushed her over the edge by withholding support payments, getting a restraining order, sending her to a mental asylum, and so on.

Betty then ultimately tried to end it all when she killed Dan and his wife, Linda on the morning of Nov 5, 1989. She reportedly also tried to kill herself after murdering her ex-husband and his spouse but ran out of bullets.

After that, Rhett’s mother, Betty went on to face 32 years in prison. She is up for parole in the year 2032. Betty Broderick is now serving her time at California Institute for Women (CIW); her inmate ID is W42477.

What Happened To Rhett After His Mother Killed His Father?

On the morning of the murders, Rhett who was then a pre-teen woke up at his mother, Betty’s house. Betty had his custody every other weekend.

When police reached him, Rhett says he knew who they were looking for. In an interview, he said,

“I kind of suspected that my mom was getting into trouble,”

He added every time his mother went over to his dad’s house, he would immediately call the cops, and she’d be violating her restraining order. Rhett said this time too it might have been one of those incidents.

It was a family friend who told Rhett about the shooting. Rhett admitted he wasn’t really surprised after knowing what had happened.

On multiple occasions, he and his brother went to their dad and said to him that they wanted to live with their mom and that not having her kids was driving Betty crazy. Rhett said he and his brother Daniel Jr had warned their father that their mother could do something extremely irrational if she didn’t have them.

Amidst the second trial of Betty Broderick, she said she was emotionally upset, not because she believed Superior Court Judge Thomas J. Whelan refused to allow the appearance of key witnesses, but because of concerns about her four children. She then was especially talking about her youngest, Rhett.

Dan’s murderer at the time said she had received a letter during the trial from her youngest child, then 11-year-old Rhett, who told her he wanted to kill himself.

Betty said she had gotten the suicide note from Rhett mid-trial. The mother of four said her son’s letter came during one of her days of testimony.

Betty told her son was complaining about living in Colorado. The convict from New York said Rhett at the time was being very self-destructive; he reportedly had been playing with matches.

Betty then urged the court to grant her a 10-minute phone call with her son once a week but she didn’t get it. On the other hand, Ken Coveney, a San Diego lawyer who was also in contact with Rhett’s guardian at the time, said while Rhett did write the letter, he was not suicidal.

Coveney said Betty’s son was rather mad, and he wrote the letter thinking it would be funny.

Betty has been in prison for most of her son’s life, and Rhett has said he feels strongly that they should let her free. Agreeing to this sentiment was his elder sister, Kathy Lee.

In an interview with Oprah in Jan 2006, Rhett claimed his mother is a nice lady.

He told the media host,

Everyone here would like her…if they spoke with her on any topic other than my dad. Keeping her in prison isn’t really helping her. She’s not a danger to society—the only two people she was a danger to are dead.

Rhett in the same interview also said he has embraced the reality of his past while not letting his parents’ story define him. With Winfrey, he stated,

“It’s how you deal with it. [It’s] your integrity as an individual that really makes you who you are.”

Two of Rhett’s siblings, however, have had differing views when it comes to their mother’s release.

The sister, Kim, and the brother, Daniel Jr on two occasions, in 2010 and 2017 thought their mother Betty should remain behind bars for the 1989 murder of their father. Former Mrs. Broderick ultimately didn’t receive parole in 2010 and again in 2017.

Dan left his fortune to all of his kids but one, Kathy Lee so, apparently, Rhett did inherit some part of his father’s money. Dan’s will, however, implicitly stated that they divide his estate equally between all of his children, except for Rhett’s sister, Lee Broderick.

The late San Diego lawyer had amended his will a year before his death to state that he made “no provision” for his second oldest daughter.

At the time, Lee told the Los Angeles Times that her father had warned he would write her out of his will.

What Does Rhett Do?

Rhett is a World History and US History teacher at WRHS Wolverine in Blaine County. He has been with Wolverine since 2017/2018. He is also the AP Human Geography teacher.

As a teacher, Rhett has been teaching and coaching for more than 12 years. Rhett says he loves his chosen profession. He has said coming from a family of educators, he understands and values the importance of the job. He once was also an assistant coach for boys junior varsity football.

Rhett Broderick is married to Veronica Noffke who is an Elementary school teacher. The two are parents to two daughters. Noffke apparently is Midwestern.

While the couple, Rhett and Veronica seem strong together with their two daughters, it is unknown when they started their relationship or when they tied the knot. The couple both love Idaho and also had their second child there in Feb 2017.

Is Rhett On Social Media?

While Rhett’s Instagram account is set to nonpublic, he has shared a few or two pictures of himself and his family on Facebook. His uploads mostly include stills of his wife and him hanging out with his daughters.

Is Rhett Broderick Rich; What Is His Net Worth?

Although Rhett likely received some portion of his father’s alleged million-dollar fortune, whether or not he capitalized on them is a whole different mystery. Also, the unknown is if he is by definition a millionaire or how much he has to his net worth. Though considering his apparently normal life, Rhett could be anything but a celebrity rich guy.