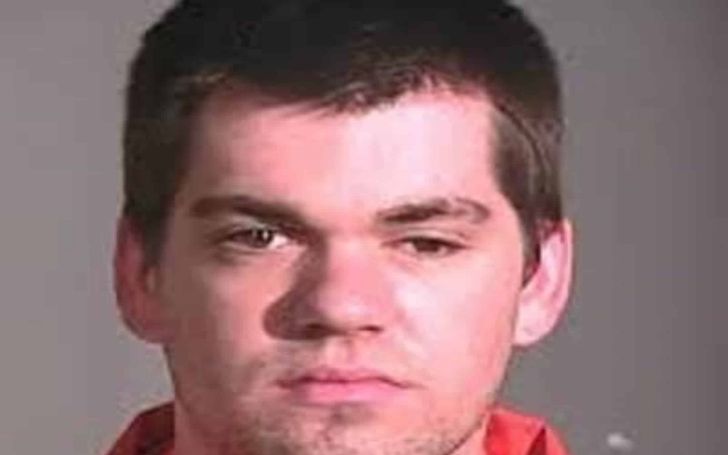 Ryan Waller is the late victim of the breaking-in and shooting incident that happened on Christmas Day including the murder of his girlfriend. Waller’s story includes both tragedy and allegations of injustice. Instead of being labeled as a victim, Waller ended up becoming one of the prime suspects in the tragic incident which involved him and his girlfriend getting murdered.

He is also famous on the internet as the one who the police interviewed for hours all the while he is struggling after having been shot in the head twice. His case ultimately was also the case of civil rights violations and police misconduct from the police not treating him right away to ignoring his severe brain injuries for hours. The case additionally is equally notorious for having a lot of misinformation. In the follow-up interviews with Ryan’s family and friends that many random people and media conducted what came up was a list of conspiracies and allegations stating that the police didn’t treat Ryan fairly and that there was more to the whole story.

Even the lead detectives and the whole of the police department were in the hot seat. Read a full-blown description of what really happened including all the horrid details, the aftermaths, as well as the write-ups recounting Waller’s life; his birth, girlfriend, and more.

Not much about Waller’s history has been put into words, however, when he was younger the victim turned suspect had an interest in playing the guitar. His father, Donald Thomas Waller or Don once revealed Waller was the type of boy who could rhyme new son on his own tune within a few moments of hearing it.

He was also a gadget lover. While Waller was from Knoxville, Tennessee, he had been residing in Phoenix, Arizona during the time of his death and possibly even before that.

What Really Happened To Ryan Waller And His Girlfriend Heather Quan The Day Of The Shooting?

It was sometime in the afternoon of December 23, 2006. Ryan and his girlfriend were sitting by the living room/or their own room when Larry Carver and his son, Ritchie showed up at Waller’s door to seek vengeance for what has been presumed an altercation that had happened in the past.

Heather and Ryan were living in a house that they shared with another roommate, Alicia. Though Alicia had gone out of the house that day. Ryan and Heather had rented the house and it was at the end of a cul de sac.

At this point, the late couple had been living in the house for only about a month and a half.

Upon reaching Waller’s doorway, they rang it up after which Ryan came to see who it was. He allegedly knew who they were and hesitated to open the door. Carver and his son nonetheless forced their way into Waller’s house and when the Knoxville-born tried to close the door, Richie put his arm inside and shot Ryan in the head twice.

After that, he went to the room where Ryan’s girlfriend Heather was sitting on the couch and shot her to death. Richie apparently killed her because the father-son duo didn’t want any witnesses. Richie and his father after shooting the couple also stole some weapons and a computer from the scene.

From here, however, the actuality of the incident has multiple narratives.

The Most Talked About Story Of Ryan Goes As:

Sometime after the incident, the Phoenix Police Department arrived at Ryan’s residence and found Waller who although being shot twice in the head was still alive.

Shockingly he was also able to report who the shooters were. The police reported Ryan had an extremely swollen black eye with some wounds on his nose and cheeks.

The Other Stories Of Waller Go As:

The shootings actually happened sometime in the afternoon of Christmas Day 2006, according to the police. On the other hand, according to Ryan’s father, Don – he had called his son and his girlfriend to remind them of Christmas dinner several times.

After not getting any response from his son, Don and his wife (Waller’s mom) drove to their son’s house. They looked from the outside and rang the doorbell but nobody was at the house. They later called the police.

Interestingly Alicia had reached the house before police found the body of Ryan and Heather but she hadn’t checked into their room. And weirdly enough, she also never stumbled upon Don and his wife even when they previously searched around the house. Though Ryan’s parents had approached the house when there was still daylight.

Alicia had exactly come home late at night that day and sometime later police arrived. Police knocked on Ryan and Heather’s room but got no answer.

The officers eventually saw the bodies lying through vertical blinds. Shortly, they handcuffed the wounded Ryan and escorted him to their car. The police didn’t allow Don and his wife to meet their son. They also didn’t take their son to the hospital.

After taking him into custody, Ryan would sit in the patrol cars for four hours with no medical attention. At around 5 in the morning the next day, Ryan was taken to the interrogation station.

Detective Paul Dalton questioned Waller whilst he was still injured and in pain. In the interrogation, Ryan didn’t say much but that he wanted to go to sleep.

The police then asked about Ritchie and other things. The detective apparently also tried to make Ryan say that it was he who had killed Heather but he never admitted to that.

Also Read: 10 Insane Serial Killers Of All Time: The List Will Blow Your Mind
Also Read: Daniel Petry, The Man Who Cut A Kid Into Pieces: Where Is He Now?

Only after several hours of questioning did Ryan receive hospital treatment. And sometime later, the police informed Don that his son, Waller was in critical condition.

The doctors allegedly told Don that the lack of immediate medical attention led Ryan to develop a severe infection.

Waller took 35 days in the hospital to recover. Ryan in the process of recovering lost a section of his brain. He lost his left eye permanently and even after leaving the hospital, Ryan continued to have seizures for several years.

What Happened To The People Who Shot Ryan And His Girlfriend?

Almost a week after Ryan Waller left the hospital, the police arrested Ritchie. The next week, Ritchie’s mother turned in his father, Larry. It was Larry’s son, Ritchie whose sentencing was done first.

Carver’s son, Ritchie Lee’s conviction had come five years earlier before his father’s in 2008. He received natural life in prison without parole.

Initially, the court could not indict Larry as his wife refused to testify against him leveraging her marital rights. Later Heather’s family pushed to pass a new rule that nullified the aforesaid privilege after which Ritchie’s mother had to appear in court. In Nov 2011, the court reindicted Larry for First Degree Murder, Attempted First Degree Murder, Burglary, and Aggravated Assault.

The case saw its final point when a Maricopa County Jury in Dec 2012 found Larry Lloyd Carver guilty on more than one count with respect to the 2006 murder of Heather M. Quan. The verdict panel also found Carver at fault for the attempted murder of her boyfriend, Ryan T Waller.

After ten days of trial, came Carver’s sentencing of the possibility of spending the rest of his life in prison on January 25, 2013. Some report it was without parole.

Some years after the sentencing of Ritchie and Larry, Ryan and Don filed a lawsuit against the Police Department in Phoenix, Arizona. Don alleged that the police gave misinformation about the day on which the shootings took place.

Dalton, the detective who questioned Ryan was also accused of tampering with evidence and creating his own narratives about the case.

Dalton apparently had a controversial professional history, especially in the way in which he conducted his prior cases.

He, in the past, had gotten blinders on the wrong person and didn’t play by the rules to close a case. It is presumed that Phoenix Police Department are still under investigation for the way they handled Ryan and his case.

Even the United States Department Of Justice did contact the authorities involved in Ryan’s interrogation.

The Reason Ryan And Heather Quan Were Shot

There are several speculations on why Larry and his son tried to murder Waller and his girlfriend, Heather. One of the reasons, as mentioned above, was that Ryan and Richie had previously involved themselves in an altercation against each other.

Waller and Larry’s son previously were roommates and they had a beef going on with each other for some time. Some suggest Ritchie had hit on Heather which Ryan didn’t appreciate.

While on the other hand, there were stories that claimed Ritchie and Waller had fought each other that involved firearms. Ritchie apparently had also conflict with Eric; he was the previous resident of the house Ryan and Heather were living in and also the ex-roommate of Ritchie.

Some say Ritchie was simply jealous of the nice things that Ryan had.

According to obituaries from Dignity Memorial and Legacy, Ryan would lose his life almost ten years of the incident on Jan 20, 2016.

The Arizona resident died following a seizure that caused a burst in the brain that resulted in lethal bleeding.

Ryan’s father didn’t choose to charge Larry and Ritchie with the murder of his son as he thought they were already in prison for life without parole.

Where Are His Parents Today?

Ever since the death of their son, Ryan’s father, Don, and his wife have largely remained out of the media interest. The late Waller’s father, however, often shows up for one or two q and as.

Don often talks on various podcasts and gives interviews about his son; his childhood, what really happened that day, and how he and his family are still seeking justice for their son. His last interview supposedly was in Sep 2021.

What Happened to Carl Ruiz? Failed Marriage With Marie and Family Details!