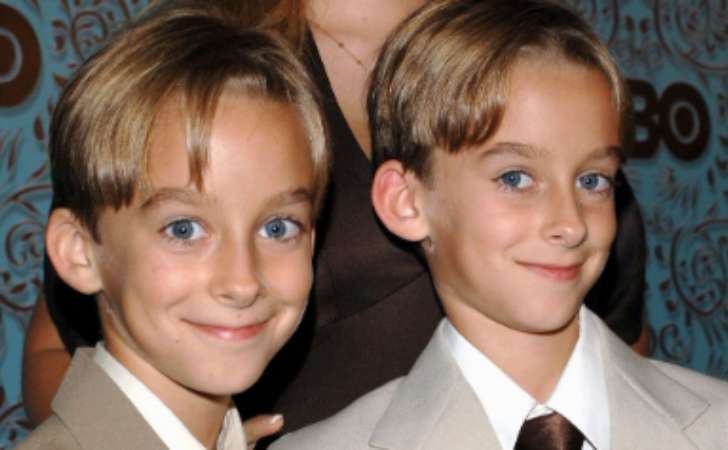 Sawyer Sweeten was an American child actor who was famous for his role as Geoffrey Barone in the sitcom Everybody Loves Raymond (1996-2005). Unfortunately, the kid took his own life when he was just 19 years old leaving his fans and family heartbroken.

The kid back then debuted in the popular CBS series alongside his identical twin brother Sullivan. He was just 16 months old when he started his career as an actor. In fact, Sawyer was a promising performer who eventually starred in other TV series like Even Stevens, What Not to Wear, Pioneers of Television, and so on. Despite having a  successful career with possible Hollywood stardom in the future, the kid’s sudden demise devastated everyone.

Well, what was the reason behind his death? In this article below, we will find all the details about the actor Sawyer Sweeten surrounding his life, before and after his death. Stay with us till the end!

He was born Sawyer Storm Sweeten in the year 1995. The actor would be 27 years old if he was alive today. Sweeten was born on May 12,  in Austin, Texas, United States. Moreover, he held American citizenship and belonged to a Caucasian ethnic background.

The child actor Sawyer was born to his parents; father Timothy Lynn Sweeten and mother Elizabeth Anne Gini. His dad is a screenwriter and a film producer while his mom is an actress.

Though his family resided in Texas previously, they moved to California later when he was six months old. Since then, the Sweeten family lives in Los Angeles, California.

Sawyer Sweeten Had Six Siblings Including A Twin Brother

Sawyer wasn’t the only child in his family. He had six siblings in total. Sweeten had an identical twin brother, Sullivan Sweeten, and an elder sister, Madylin. They had worked together in the sitcom Everybody Loves Raymond.

Likewise, Sawyer also had a younger biological sister named Maysa Sweeten. Apart from this, he also had other four half-siblings namely, Guiliana, Elliette, Emma, and  Jaymeson.

Sawyer Made His Acting Debut When He Was A Year Old

Not many know but Sawyer Sweeten began acting when he was just around a year old. He made his acting debut back in 1996 when he appeared in the TV series Everybody Loves Raymond, where he played a character named Geoffrey Barone. He was part of the series from 1996 to 2005.

Apart from this, he has also appeared in other TV series like What Not to Wear, Frank McKlusky, C.I, Even Stevens, and The Dr. Oz Show, among others.

What Happened to Sawyer Sweeten?

Sawyer Sweeten left the world in April 2015 at the age of nineteen. As per Radar Online, the actor was then visiting family in Texas. Eventually, he went on the front porch and killed himself with a gunshot to his head.

According to his family members and co-stars of Everybody Loves Raymond, he had a very funny and exceptionally bright personality. Nobody has ever thought he would commit suicide.

After the tragedy, his sister Madilyn through her social media insisted everyone reach out to the ones they love. She wrote,

“This morning a terrible family tragedy occurred. We are devastated to report that our beloved brother, son, and friend, Sawyer Sweeten, took his own life. He was weeks away from his 20th birthday… we beg of you to reach out to the ones you love.”

What Was The Cause of Sawyer Sweeten’s Death?

Though Sawyer committed suicide, his autopsy reports suggest he also took drugs before ending his life. The post-mortem was executed by the Travis County Medical Examiner’s Office.

According to resources, the toxicology report found marijuana or cannabinoid in Sawyer’s system. Similarly, Sweeten was also said to be suffering from depression. However, his family and friends stated he showed no specific symptoms.

On the other hand, his mother to PEOPLE, said that he used to say “things that were delusional and didn’t make sense.” She further added, that Sawyer seemed “paranoid” and refused to sleep in his room.

Correspondingly, the young actor had suffered from Attention Deficit Hyperactivity Disorder (ADHD) as a child. Also, his family members were reportedly been taking medicines for depression and other medical illnesses.

Sawyer’s Funeral Was Attended By Over 200 People

Sweeten’s closed ones after his passing gathered after a week at a funeral home in Riverside, California. Approximately 200 people were present at the farewell wearing blues and greens as they were the star’s favorite colors.

Everyone in the family did something he liked in his honor. Sawyer’s aunt Ashley wore a shirt with a cat as he loved cats a lot. Similarly, his sister Maysa mentioned him as her brother, friend, her dad, and now her guardian angel. Likewise, his twin brother Sullivan dyed his hair blue, and his mother, at last, gave a moving speech.

Elizabeth expressed how lucky she was to have him from his birth to the date, how he made her heart dance, and how precious he was to her.

As Sawyer was with the sitcom family since he was 16 months old, it wouldn’t be wrong if we say it was his second home. Everybody on the set loved him and was shattered by the news of his sudden demise.

The Sawyer family and his second family together gathered at St. Matthew Lutheran Church in North Hollywood California. For the child star’s tribute, the two old theatres were restored on the church’s ground in Sweeten’s memory. Furthermore, the upstairs theatre was named “Sawyer’s Playhouse” with a plaque quoting,

“May this place be a  light for all to find safety and friendship through creativity.”

Those who loved and appreciated Sawyer attended the ceremony wearing black shirts with “Sawyer’s Crew” printed on it. His friends and family there expressed their feeling via songs and poems.

How Is Sawyer’s Family Coping After His Death?

Even though time has passed since Sawyer left this world, his family is still struggling with his loss. His mom told people,

“It is an intense, profound pain that I experience having to attend my own son’s funeral. Never, ever again will I experience pure joy.”

On the other hand, his younger sister Maysa is suffering from insomnia and panic attacks. The star’s mother says she gets many questions regarding Sweeten from his siblings and she tries to be as honest as she can while answering them.

Keeping Sweeten in their memory, his family is trying their best to move on from the trauma. They are holding it together and fighting to stay strong. Despite the grief, Gini is trying to keep her other kids happy creating new memories with them.

Despite the child star is not between us today, he will always be in our remembrance. He has done a tremendous job in his career & also owned a house in Riverside, California.

Sawyer Sweeten had a net worth of $2 million at the time of his death. He has made this worthwhile from his promising acting profession.