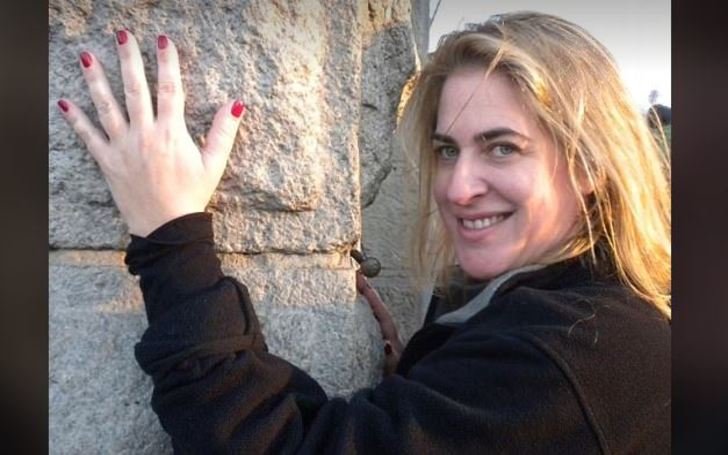 Susan Peirez is the infamous passenger who was removed from Delta Airlines in Feb 2018 in New York. She had badmouthed a fellow passenger, a teen mom, and her infant baby when the flight was about to take off.

The whole thing got captured in a video and it went on to turn into an internet hit becoming fodders for several news outlets and tabloids.

Many also went as far as naming Susan Peirez just another “Karen.” While others sympathize with her criticizing people’s inclination toward defaming someone over social media. So what’s the real issue? What really happened? Was Peirez really the bad guy or was the community being too harsh on her? Get an in-depth look at what happened that particular day, the aftermath, and the complete analysis of the situation.

Susan Peirez Is The Former Student Of The Bowdoin College

Peirez studied at Bowdoin College where she pursued BA in European History and Romance Languages. She graduated from New York University with a degree in International Trauma Studies.

What Did Susan Peirez Do?

In Feb 2018, a video went viral where Peirez can be seen screaming at a woman and her 8-month-old son before threatening to have a flight attendant fired.

After the tantrum, the officials removed Susan from the flight which was about to take off from JFK Airport in New York.

Marissa Rundell, then 19, from whom Peirez was getting annoyed, was traveling with her son Mason on the flight to Syracuse, New York. Rundell said she was the last person to board the plane and shortly after she started to complain saying “this is b***shit. Having to sit on the back of the plane.”

She started to record Susan after she began to cause a scene.

Ms. Rundell said she started kicking off as soon as she got on the plane and later started to swear. The young mum then asked her not to do so around her baby but Peirez didn’t concur. Susan instead told her “to shut the f*** up and shove it.”

Additionally, she also verbally assaulted a member of the cabin crew who intervened.

The Flight Crew Removed Her Although She Apologized

Soon the flight attendant named Tabitha came over after which Peirez demanded a new seat but the attendant said she could provide her one only on the next flight.

Next Peirez threatened Tabitha by telling her “she may not have her job” adding that she worked for a governor.

The securities removed Susan from the flight despite her apology. The incident originally took place on Feb 6, 2018.

Delta, in a statement, standing by its flight attendant said the airline company has always expected civility and respect from their customers to each other when flying. They declared Peirez’s behavior toward a fellow customer on a flight from New York to Syracuse was not in keeping with those standards. Delta also said they were appreciative of their flight attendant’s step.

Did Susan Lose Her Job?

Rundell aired the whole incident on the internet. Whilst doing so, she also wrote,

“Thank you to the lovely Delta flight attendant for not letting this woman bully us. Karma is a b—-,”

The footage garnered more than 1.7 million views in the two weeks since it was posted.

In consequence, Peirez received a suspension from her job with New York State’s Arts Council.

Ronni Reich, a director of public information for the Council where Peirez worked said her organization came to know about the situation and they have ordered an investigation. She also informed the people about Susan’s suspension.

At the time, WGRZ reported Peirez made approximately $95,000 a year for her work on the council.

What Marissa Rundell Said Of Susan Peirez In An Interview

Despite the incident, the baby mother, Rundell later said she didn’t want Ms. Peirez to lose her job. She later confessed with Good Morning America that she started recording mainly because she thought it was comical how she was acting.

Rundell expressed that she didn’t deserve job termination. She also later removed the video from her Facebook.

“I kind of feel bad for this lady. I don’t know her story, she doesn’t know mine,”

expressed the then-teenage mother. She added that it could have been a misunderstanding.

From 1995 to 2000, she was the regional director at the USC Shoah Foundation. After that, Peirez served as the creative director of the Acoustiguide (2000 – 2003). Susan was also the creative consultant at the Wildlife Conservation Society in Greater New York City Area.

Then in March 2006, she started to work as a publicist in Manning Selvage and Lee. She would remain with them until March 2007 after which she became an associate producer in Sony Pictures Entertainment. In Aug 2008, the Bowdoin graduate commenced her job as the Talent Acquisition Manager in TPT, Twin Cities PBS.

Some other firms where Susan has worked include The Big Picture: America In Panorama, New York State Council On The Arts, and Producers Guild Of America. Currently, Peirez is the executive producer/founder at Fox Hole Productions. She has been with the company since Aug 2019.

Where Is Susan Peirez Now? What’s The Update On Her Story

After the incident went viral, there was a wide range of responses to the issue, with some groups of people glad to see her off the plane. On the other hand, some argued it wasn’t fair for Susan to lose her job.

Intriguing enough, there hasn’t been much development to Peirez-Rundell’s story. Peirez appears to have gone anonymous even on social media. He LinkedIn, however, reports her as the employee of the Fox Hole Productions.

Rundell, on the other hand, still lives in Rochester, New York. She works as an office administrator at New York Icons. Her socials suggest might be is a single mom.

What Happened To Susan? Did She Respond To The Whole Incident?

After the airplane scene, Susan didn’t appear in a single interview nor did she bother to have her say on the matter. In fact, people haven’t heard much about the famous former government employee.