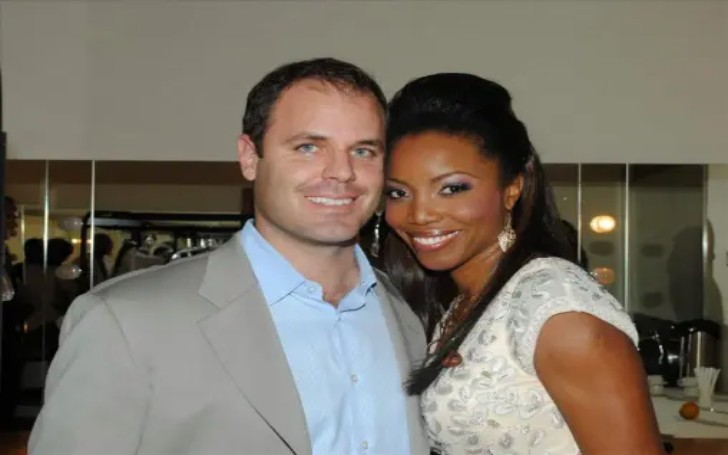 Brian Musso is a celebrity husband who became known to the world after getting married to Heather Headley. By profession, he is an investment advisor and a former football player. On the other hand, his wife is a famous American singer-songwriter, actress, and record producer.

With all the popularity Brian gained as Heather’s husband, he has attracted a lot of curiosity. A lot of people are curious about how Musso came across his singer-wife and their life together in general. So, are the couple still together? Do they have any children together? What is his net worth?

Today in this article we will answer all these queries and more about Brian Musso so we can get to know him better. What are we waiting for? Let’s dive right in.

Who is Brian Musso? Insight on His Early Life, Age

Brian is an investment advisor and a former American football player. He was born on September 11, 1975, in Hinsdale, Illinois, the United States to father Johnny Musso and mother Tanner Musso. His astrological sign is Virgo and as of 2022, he is  47 years old.

His dad Jhonny is also a former American football player, playing for BC Lions for three consecutive seasons as a running back. Similarly, Brian is blessed with three brothers Scott Musso, Brad Musso, and Zach Musso, and a sister named Tyler Musso Crawford.

Similarly, talking about his ethnicity, he has a white ethnical background and is American by nationality.

Brian went to Hinsdale Central, in Hinsdale Illinois where he completed his high school. Similarly, he went to Northwestern University from 1993 to 1997 to complete his bachelor’s degree. It is also the same university where Musso found the love of his life, Heather.

Heather’s husband Brian is a former American football player. He used to play as a receiver during his time at Hinsdale Central high school and at Northwestern University. He also played for New York Jets practice squad.

At present, Brian works as an investment advisor for Promus Capital LLC alongside his brother Zach Musso. The two co-founded the company and the former football player has been working there since January 2007. The company focuses on preserving and growing the wealth of clients by following calculative investment techniques.

Brian Musso’s Wife is a Singer

His spouse Heather Headley is a well-known American singer-songwriter, actress, and producer. She was born on October 5, 1974, in Barataria, Trinidad, and Tobago to Hannah and Eric Headley. As for her education, she attended Northrop High School and later joined Northwestern University to get a degree in communications and musical theatre but dropped out and joined the musical Ragtime.

Headley’s break came when she got to play the part of Nala in the Broadway musical The Lion King. Because of her performance, she later got the role in the Broadway adaptation of Aida, which earned her a Tony Award for Best Actress in 2000. Similarly, she also won the 2010 Grammy Award for Best Contemporary R&B Gospel Album for Audience of One.

Aside from her musical career, Heather has also acted in a lot of TV series and movies. In 2017, she starred in the TV series She’s Gotta Have It. Similarly, in 2018, she made an appearance in the TV series Chicago Med. The Grammy Award winner was also cast as one of the leads in the Netflix series Sweet Magnolias in the year 2019. Recently, in 2021, she starred in Respect.

Talking about their marriage, the pair married on September 6, 2003, in a beautiful marriage ceremony. As per the reports, the duo had gotten engaged 9 months prior to their wedding. It has been around 2 decades since the husband and wife tied the knot, & they are having a blast and enjoying their life together. The pair is currently living in their beautiful home in the suburbs of Chicago.

Similarly, the two lovebirds first met while studying at Northwestern University. However, they only started dating when Musso was playing for the New York Jets and the Tony Award winner was doing ‘Aida.’ In an interview, Heather, talking about watching Brian play football said:

The Duo has Three Children

After walking down the aisle in 2003, the pair has been blessed with three lovely children. Brian and his partner welcomed their first son John David on December 1, 2009, six years into their marriage. The couple later welcomed their second son Jordan Chase on August 18, 2014. Similarly, in April of 2019 Headley gave birth to her third child, a daughter. She shared a post of her captioning:

“It’s Sunday! And I’m here to make the most joyful, and grateful noise! A few days ago, this precious, beautiful, perfect, little one entered our family’s world, and we’ll never be the same. We don’t ever WANT to be the same. The Commander and the Lieutenant now have a President…and it’s a girl.”

According to their parents, the three siblings love each other and enjoy each other’s company very much.

The family is closely bonded and loves to be together.

What Is Brian Musso’s Net Worth?

The celebrity spouse is estimated to have a fortune of about $1 million which he has accumulated from his career working as an investment advisor and as a former football player.

Likewise, his wife, Heather Headley is estimated to have a net worth of approximately $1.5 million which she has accumulated from her career as a singer-songwriter, actress, and record producer.