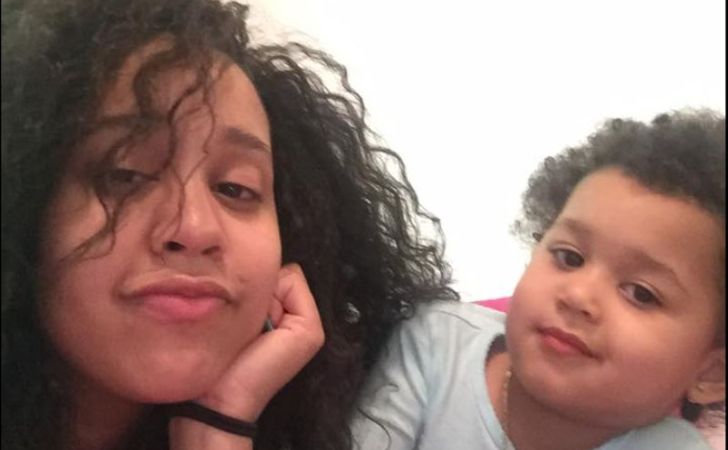 Jaelynn Blakey is the former girlfriend of Aaron Donald, an American football defensive tackle for the Los Angeles Rams of the NFL. While she is no more with her long-time boyfriend, she still seems to be on good terms with the NFL player.

Besides, she is also a mother of two children with Donald. Well, what is she up to after her split with her long-time ex. Is she dating a new man? Find out everything about Jaelynn’s career, relationship, children, and other interesting facts.

The ex-girlfriend of successful NFL player Aaron Donald, Jaelynn Blakey was born in Pittsburgh, Pennsylvania, and spent a large part of her life in the same city.

Born to a religious American parent, she is a huge follower of Christianity. Unfortunately, she has not revealed much about her parents so far.

Talking about her education, she studied at Penn Hills High School. She finished her graduation in the year 2010. Well, it was during her high school days she met her now ex-boyfriend Aaron Donald.

As we all know, the beautiful Jaelyn had a long-term relationship with Aaron Donald. As for a fact, Donald is the defensive tackle for the Los Angeles Rams of the National Football League.

Well, despite being in a relationship for years, the duo never married. And lately, it looks like the couple has separated. As of 2020, the NFL player is dating a new girl. The former duo has not revealed much about the reason behind their split.

Is Jaelynn Dating After Split With Aaron?

While Jaelynn has not talked much about her split, it looks like she has not moved on from her last relationship. Her social media posts do not hint at her new romantic relationship. However, we hope she finds a new man soon.

In years of relationship with Donald, Jaelynn became a mother of two kids, a son, and a daughter. She welcomed her first child, a daughter Jaeda in April 2013. Similarly, the second child Aaron Jr. was born on April 6, 2016.

Well, following the split, the kids apparently live with Aaron. That being said, Blakey too is allowed to see her kids. And needless to mention, they share a great relationship as a family. Both the child often feature on the YouTube channel of their father.

Further, Jaelynn also often posts photos with her children on her Facebook. Back in October 2016, she posted a photo along with her boyfriend and children, all dressed up in The Incredibles avatar.

Her Ex-Boyfriend is Dating a New Girlfriend

After a split with Jaelynn in around 2019, Aaron has apparently moved on to a new girl. As per the reports, Aaron is dating Louisiana State University graduate Erica Sherman. In fact, the two are already engaged.

Just recently July 2020, Aaron posted a vlog on his YouTube channel where he referred to Erica as his fiancee. The vlog is about his surprise for Erica on her birthday.

Well, the new couple seems pretty much in love with each other. Further, Erica too shares a great relationship with her step-kids.

Well, Jaelynn doesn’t seem to be a big fan of social media. However, she is pretty active on Facebook. She is pretty vocal on her Facebook and doesn’t fear sharing her views on various matters.

Further, she also gives insight into her personal life and there are numerous photos of her with her ex-boyfriend and kids.