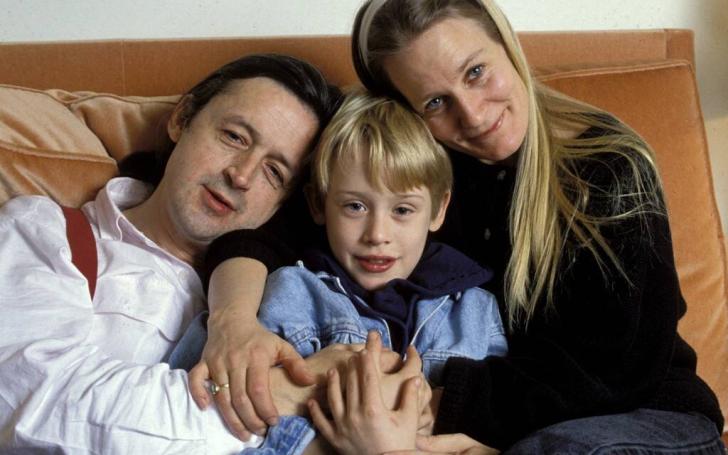 Patricia Bentrup is famous as the matriarch of the Culkin siblings. Her children, especially Macaulay Culkin, became a prominent face in Hollywood. Her son Macaulay is a recipient of several awards.

Bentrup and her partner, with whom she shares her kids, Kit Culkin was in a relationship for several years. Ever since breaking up with Kit, she moved on and currently lives with her husband.

The big question here is, who is she married to? What is she doing now? Who is her husband? Let’s dive in!

Patricia Bentrup was born and raised in North Dakota

She was born on November 21, 1954, in North Dakota, the United States. She is one of eleven children between Hubert Brentrup and his wife Mildred Narum. Patricia belongs to the Caucasian ethnicity and has American nationality.

Patrica spent her early life in the midwestern state. She graduated high school from a local high school in New England, Hettinger Country.

Her parents are unfortunately no more in this world. Her dad Hubert passed away in 2003 while her mother took her last breath in 2011.

She has ten siblings

After Patricia started dating Kit, she moved to New York City. She spent several decades of her life in the city.

Most of Patricia’s siblings are active on Facebook, however, she remains outside of social media.

She and Kit Culkin started dating in the 70s

The former couple started dating in 1974. Apparently, the pair first met in the state of North Dakota. They lived in the state for the first few years before moving to New York. Though Patricia and Kit never married, their kids always thought their mom otherwise.

Off the seven kids, their eldest daughter Dakota has tragically passed away. She died in a car accident in December 2008. Authorities revealed at the time that Dakota died after she got off a curb while walking in west side LA.

All of Patricia’s kids started out as child actors

The Culkin clan were all involved in the showbiz. However, of the seven, only a handful of them made an everlasting impact in the media. One of them being Macaulay.

Macaulay became a worldwide sensation after he appeared in the two back-to-back Home Alone movies. The film grossed millions of dollars and Macaulay was touted as an acting prodigy.

In addition to Macaulay, Shane, Christian, Rory, and Kieran also became famed actors. Rory’s credits include Lords of Chaos, Signs, Mean Creek while Kieran appeared alongside his brother in Home Alone and also appeared in the series, Succession.

Aside from the seven biological kids, Patricia was also stepmother to Kit’s daughter Jennifer Adamson. Sadly, Jennifer passed away at the ripe age of 29. She was the only child between Kit and Adeena VanWagnoer.

In March of 1995, Patricia and Kit decided to pull down the curtain in their decade-long relationship. But the separation didn’t turn out the way both of them or anyone had expected. After they separated, trouble started brewing between the two.

They didn’t fight over child support but rather who will receive custody of their kids. Many tabloids reported that the duo didn’t fight for custody just because they loved their kids but because they wanted the money their star kid was making. Previously, when they were still together, the pair used to split 15% commission on their son, Macaulay’s earning.

Fast forward a few months and the Culkins siblings eventually settled out with their mother, though the judge ordered her to instill proper discipline and good study habits in her kids.

What is Patricia Bentrup doing nowadays?

Well, it might surprise you that Patricia is happily married. Yes, for the past couple of years, she enjoys blissful marital life with Mart D. Cox. Not much is known about their relationship as to how and when did they started dating, but we do know that they live in Billings, Montana.

Moreover, her husband Mart works as a remodeling specialist based in Billings. He offers services including accessibility construction, design, retrofitting, installation, and molding installation.

The lovebirds do not share any children between them, however, she is the stepmother of Kara Cox. Mart shares Kara from his previous relationship. Meanwhile, Patricia’s ex-boyfriend and the father of her seven kids Kit is also in a relationship. He is together with Jeanette Krylowski for around 20-years.