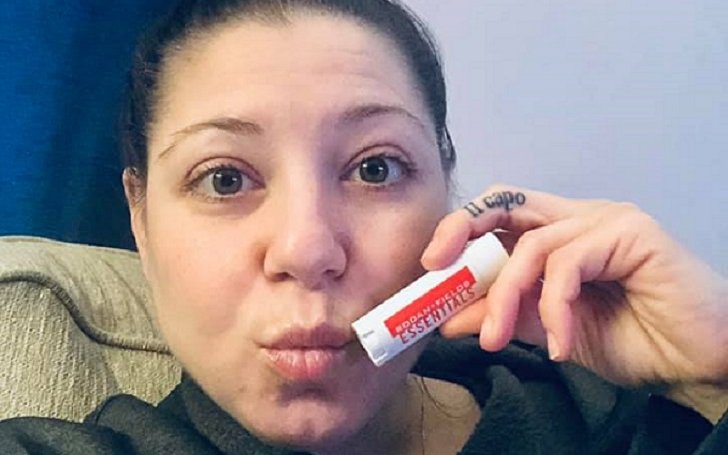 Marie Riccio (also known as Marie Kirby) rose to prominence as an ex-wife of late celebrity chef Carl Ruiz. The couple together ran a famed Italian deli and cafe, Marie’s Italian Specialties. After their divorce, Riccio became the sole owner of the cafe.

In the article, also take a closer look at her parents, age, and many other unexplored facts you are looking for!

Like her hubby, Marie is also well-versed in the art of culinary. She is a restauranteur who owns Marie’s Italian Specialties, a cafe located in the Hickory Square Mall in Chatham Township, New Jersey.

The restaurant’s dishes include the brick chicken entree and the sacred swine sandwich.

Riccio opened Marie’s Italian Specialties along with her spouse Marie on 10th October 2011. Her late ex-hubby told The New York Times that they both are equal in the cooking. When the interviewer asked him to explain the cafe’s name, Ruiz told,

“My wife is Sicilian. If the place wasn’t called Marie’s, I’d be in trouble.”

He also revealed the type of food the restaurant serves in the same interview.

Marie Riccio & Carl Ruiz Marriage: When Did They Divorce?

The ex-duo remained tight-lipped about their marriage throughout their love life. They never revealed when the two tied the knot. But according to some sources, they exchanged their vows in the late 2000s.

The two shared the same love for cooking and also used their skills in their business. It is hard to balance family life and private life with the same efficiency but Marie and Carl initially managed their hectic schedule. Nonetheless, it couldn’t last long and they went their separate ways in 2018. Sources reported they remained friends after their split.

A year after their separation, Carl opened a new restaurant called La Cubana, in the Meatpacking District of New York City. It specializes in authentic Cuban fare. On the other hand, Marie then handles Italian Specialties solely.

Ruiz, an executive chef at La Cubana passed away in his sleep on 21st September 2019. He was just 44 at the time of his untimely demise.

“On behalf of the La Cubana family, with heavy hearts, we are deeply saddened to share the passing of our beloved Executive Chef Carl Ruiz.”

He died because of clogged arteries. Bruce Goldfarb of the Maryland Department of Health confirmed to USA Today, “the cause of death is atherosclerotic cardiovascular disease, natural causes.”

Riccio is the proud mother of a fraternal twin. She welcomed a son named Robert V. Kirby and a daughter Michelle M. Kirby in October 2005. She shares a deep bond with her children.

Marie frequently posts adorable photos of her kids on various occasions such as birthdays on her social media handles. However, the detail of their biological father still remains pretty secret.

In mid-2020, Robert and Michelle graduated from Madison Junior School. The family of three currently resides in New Jersey.

Who are Marie Riccio Parents? Is of Sicilian Descent

Riccio is the daughter of Martin and Joyce Riccio. Talking more about her family, her grandfather Martin Joseph Riccio passed away at 83 on 10th June 2017. Her grandmother’s name is Fay Riccio.

Carl Ruiz’s ex-wife Marie is Sicilian as per her ethnicity and belongs to American nationality.

The 41-year old Marie was born on 13th Feb 1981, in New Jersey. She spent the majority of her early life in New Jersey with her family. She graduated from Rutgers University – Newark Campus, in  New Jersey.

As a professional chef, Marie has definitely amassed a decent sum of money. If sources are to be believed, she has a net worth somewhere around $1 million as of 2022.