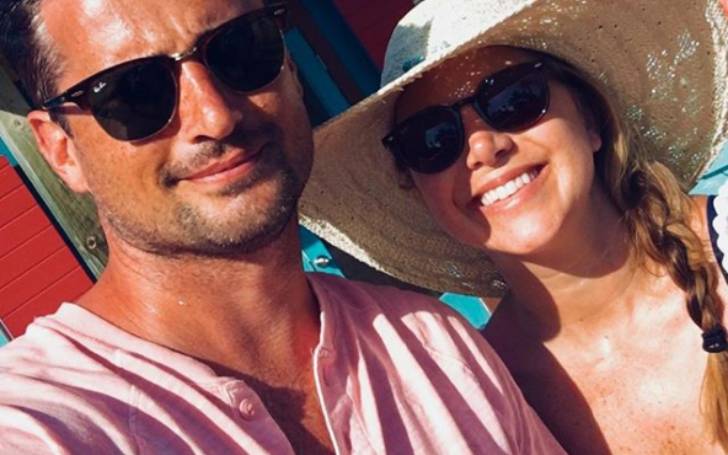 Amanda Moye Brown came to media prominence after she married actor, Wes Brown. Since 2008, she has been living a rather peaceful life with her boyfriend turned husband.

Apart from themselves, the Brown household has also another member at the house, their beautiful daughter. But there are a lot of aspects of Amanda’s life that not many of you are aware of.

Like how old is she? Where is she from? How much is her net worth? Find out all the answers to your burning questions here today!

Who is Amanda (Moye) Brown? She is also working in the entertainment world

She came to median prominence after tying the knot with one of the hit soap operas stars, James Wesley Brown aka Wes Brown. But Amanda is not your ordinary celebrity spouse. Her husband might be a big TV star but so is Amanda’s professional life.

At the moment, she serves in the music department of Disney Television Animation, one of the biggest companies in the world. Moye has been working in the division since July 2018. Before moving to this department, Amanda Moye Brown worked as a Coordinator at Disney Junior from 2009 to 2011, and even before that she was an executive assistant to Senior Vice President from 2006 to 2009.

Amanda’s journey into the entertainment professional world started back in 1999 when she joined Wright Entertainment Group as a Management Representative. Later in 2001, she had a small humanitarian stint at Foundation & Special Events Coordinator.

Aside from all that, she was an Associate Studio Manager at Glen Ballard, Aerowave from 2003 – 2004, and Production Executive at Lance Bass Production.

Amanda runs a blog where She writes about Empathy: Supporter of Black Lives Matter

Many of you might not know that Amanda is also an avid writer. She has a blog called Empath on a Warpath. Moreover, she also has an Instagram page related to her blog.

On Instagram, she generally shares motivational quotes. In addition, from her blog and social media handle, Amanda wants to spread the powerful message of empathy to the world.

Just recently, while paying tribute to the #BlackLivesMatter movement, she added a picture. See for yourself!

This is empathy at work in THE BEST way ♥️ We don’t all have to be the same, make the same choices in all things but we are called to love one another and care for each other in meaningful ways. We can learn from this, if we choose to.♥️ #empathymatters #loveoneanother #growth

From the above picture, we can say she is a well-grounded person, just like her husband.

Where is Amanda Moye Brown from? How old is She?

Amanda was born Amanda Eve Moye in the state of Florida. She has kept the information about her parents and siblings behind closed doors. After completing her education, Amanda moved to Los Angeles in her 20s.

One of the perfect pairs out there, Amanda and Wes tied the knot on 2nd May 2008. The beautiful and private wedding took place at Boston Rouge, Louisiana.

No one knew about the pair’s wedding until Wes himself shared a picture from their nuptials, commemorating their wedding anniversary. Going through the picture we can say the bride wore a white gown and carried a white bouquet and the groom a long black coat.

Apart from the pictures, one thing to notice is how many people were in attendance. Despite such a big nuptial, it’s amazing how Wes was able to get the paparazzi away from the site.

From their union, the duo shares one daughter

Wes doesn’t share a lot of pictures with his wife but his daughter Merribeth is everywhere to be seen on his social media. He is a proud papa after all!

The father-daughter duo often goes out in many fun places alongside their mommy off course. Amanda serves as the cameraman as Wes and their daughter strike a pose.

The family of three is truly enjoying their lives. At the moment, the browns reside in Westport, Connecticut.

Amanda has written in the about section of her blog that she met Wes after she moved to LA in her 20s. The oldest photo of the duo we can find is in 2006 when they attended the premiere of  We Are Marshall in Chinese Theatre, Hollywood, California.

We can say, they might’ve started going out in the early 2000s. Going on that same note, the couple dated for several years before the big day arrived.

How much is Amanda Moye Brown’s net worth?

As of 20201, Amanda has an estimated total fortune of $2 million. She is working at Disney since 2006 and we all know Disney pays high bucks to their employees.

On the other hand, her husband Wes Brown is worth $1.5 million.