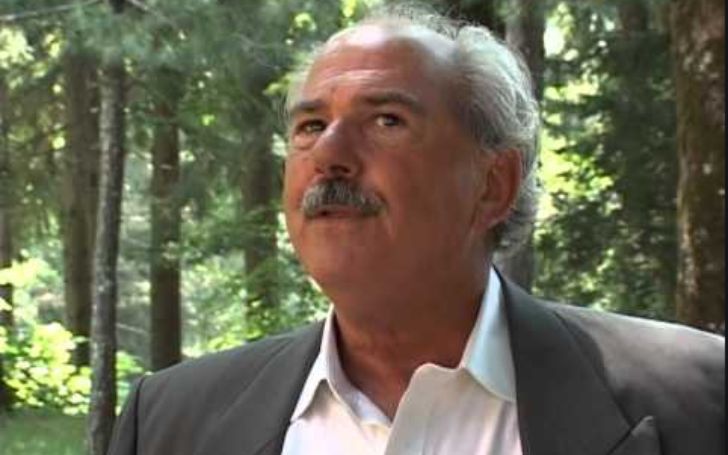 Paige Reffe became famous after he married the US Global AIDS Coordinator, Deborah Birx. However, many of you might not know that Paige, like his wife, was a big government official. He has worked for numerous democratic candidates from the 1980s to the early 2000s.

Deborah Birx’s husband Paige Reffe is also a renowned lawyer based in Washington D.C. Ever since Deborah was assigned as the Coronavirus Response Coordinator, people have been raising a lot of questions about her hubby.

Today in this article, we’re going to take a close look at all the intricate details inside the life of Paige.

All About Paige Reffe Early Life, Age, and Family

Paige was born Paige E. Reffe on April 21st, 1952, in the United States of America. As of 2022, he is 70-year-old. He belongs to the Caucasian ethnicity and has Scottish ancestry. Paige spent the major portion of his life in Seattle. Information on his parents and siblings is a rarity.

Talking about his education, after graduating high school, he studied B.A. in Political Science. Later on, he graduated as a Juris Doctor from Emory University. On the other hand, his wife Deborah studied a BS in chemistry from Houghton College and obtained an MD from Hershey Medical Center.

What About Paige Reffe’s Career? He Extensively Worked For Three Former Presidents

Initially, Paige started out as a small-time lawyer, working around in small firms in the D.C area. After accumulating 20-years of experience in the field, he opened his own firm, Paige E Reffe in 2000. Aside from this, Paige also worked for the United States government.

From 1979 to 1983, he served as the Trial attorney for the Tax Division of the United States Department of Justice. There, he primarily focused on bankruptcy and civil tax matters. Then from 1985 to 87, he was the chief of staff for the Congressman/Senator Tim Worth. During his time there, he managed a multi-million dollar budget along with managing forty staff.

From 1995 to 96, he was the Director of Advance and Deputy to the former President, Bill Clinton. His office was solely responsible for the successful trips made by the President including his visit to Japan, Sarajevo, and Northern Island.

Aside from Bill Clinton, he also worked at the Office of Management and Budget and the General Service Administration for Jimmy Carter’s administration. He also served as a member of the Board for the US Committee to Expand NATO.

As of now, he works for his own firm, The Reffe Group, which primarily focuses on internal events.

Paige Married Deborah Brix in 2019: Do They Share Children?

Mr. Reffe first came to prominence after his association with physician and diplomat, Deborah. There is no information as to when the pair started dating, but we can say for sure they’ve been together for a few years. Furthermore, the pair tied the knot in 2019 in a small ceremony surrounded by their loved ones.

Not many tabloids reported about their marriage because of which it was kept hidden for a few months after the wedding. Be that as it may, the lovebirds are relishing their beautiful marital life. The pair doesn’t share any children between them, however, Paige is the step-dad to Brix’s two daughters from her previous marriage to her first husband, Bryan Dudley Raybuck.

Brix and her first hubby initially exchanged vows in December 1976. The matrimonial took place at the Trinity United Methodist Church. Her uncle Rev. Hayden Sparks along with two others officiated the holy ceremony. Besides, for her big day, Deborah wore the same wedding dress her mother wore when she walked down the aisle in 1951.

He himself doesn’t share any biological kids with his wife Debby, nevertheless, he is a proud papa of two grown-up stepdaughters, Danielle and Devynn Birx-Raybuck. Let’s talk about them one by one.

At first, Danielle, well, she is a University of Maryland, Baltimore graduate. She works as a social worker at the INOVA Fairfax Hospital. As of 2020, she is happily married to her boyfriend turned husband Michael Flynn. They were wedded in a beautiful ceremony on August 20th, 2016 at Potomac, MD. They are also parents of two children.

Moving towards Paige’s second step-daughter, Devynn, she was born in 1983. Unlike her sister Danielle who is relatively active on social media, Devynn likes to lay low.

What we know about her so far is that she is an academic publisher who has written a few books including Governance and Accountability in India. She graduated with a BS degree in Biology from Davidson College and completed her graduation in Global Policy from The Johns Hopkins University.

As of 2022, she is working as a Senior Business Development Officer for the Women for Women International Program. Safe to say, both of Reffe’s step-daughters are pretty successful on their own ventures.

Besides, the full family lives in a multi-generation home. Dr. Birx’s parents, her daughter, son-in-law, and grandchildren, all live in the same household.

How much is Paige’s net worth?

As of 2022, his net worth stands at a resounding $2 million. He accumulated such a vast amount of money through his work as a lawyer and as the Director of Advance for former President Bill Clinton. In addition, his wife also has a decent fortune of $1 million.