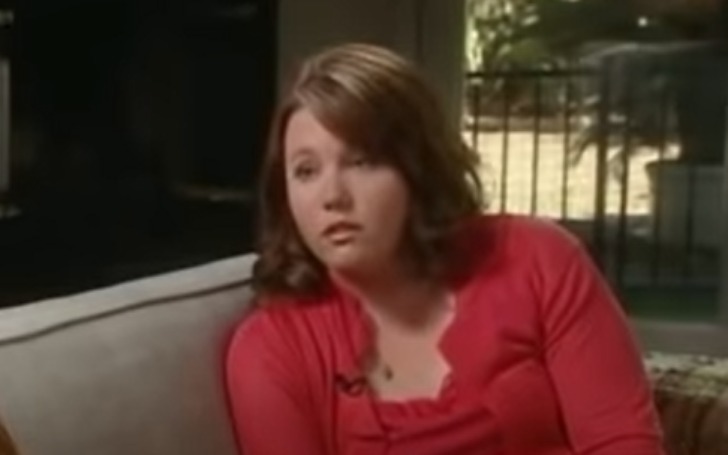 Starlet Dugard is a daughter of a former captive Jaycee Dugard, who came to prominence after the release of the book named “A Stolen Life- A Memoir”. Written by her mother, the books showcased the struggle Starlet and her mother went through while they were captive.

Starlet’s mother was only 11 years old when she was kidnapped and she was abducted for 18 years by Phillip Garrido and Nancy Garrido. Moreover, she gave birth to her two daughters Angel and Starlet while she was captive. So, how did they escape from the place? Where are the Dugard sisters today? What are they doing now?

So, let’s find out other interesting facts about Starlet including her birth story, personal life, and many more.

Starlet Dugard Was Born To Her Captive Mother At 17

Starlet Dugard was born on November 13, 1997, to her mother Jaycee Dugard through her captor Phillip. At the time of her birth, her mother was just 17 years of age.

She was born in the backyard of their captor’s house in California and grew up there itself. Jaycee was reportedly kidnapped by Phillip and his spouse Nancy Garrido when she was only 11 years old.

Growing up in such circumstances, she had a very traumatizing childhood. Although the situation was very abnormal, her mother did her best to give them a good life. She reportedly started homeschooling her two daughters even though she just had fifth-grade education only.

At the time of Starlet’s birth, her mother Jaycee was not taken to the hospital. When the Garridos found out about her labor pain, they gave her a drug name codeine & made her watch videos of delivering a child so that she would learn how to give birth to a baby on her own.

Starlet Dugard Thought of Her Mother As Her Sister

About the same, Hollywoodlife stated,

Explaining to the girls that Jaycee was actually their mom and not their sister — as the Garrido’s had raised them to believe — was one of the more difficult aspects of their adjustment process.

Besides, Starlet’s mother, despite going through so much, still considered Philip as her kid’s dad until a few years ago. Jaycee also revealed that she would not want her daughters to see their father in real but she would respect their decision if they wanted to meet. In addition, she said,

“I would hope they wouldn’t want to, but as long as he’s behind bars, and they’re safe, then I wouldn’t hinder their ability to make that choice,”

“I can’t fathom how I kept it together or, you know, I must’ve been checked out, you know, on a different level. You know, [I was] present, but not present for, you know, some of it, because it’s terrifying on its own. But being alone, how did I even do that?”

She even said that she didn’t know how she survived through all that. But, she also revealed that she was very happy to see her daughter’s face.

As aforementioned, Starlet’s mother Jaycee Dugard was kidnapped in 1991 at the age of 11 from a bus stop near Lake Tahoe. She revealed that she was abused and raped by Phillip when she was captive which led to her pregnancy.

Talking of Phillips Garrido was born on April 5, 1951, in Pittsburg California. As per reports he was stated as Abductor, Serial rapist, pedophile, and Hebephile. Furthermore, he was already charged with many other criminal records before he was sentenced to prison for Jaycee’s case.

He was charged with sexual harassment of a 14-year girl but the case was not taken further as the girl declined to testify. Later in 1973, Garrido was married to his classmate Christine Murphy. He was also sentenced to 15 years of imprisonment after raping her for 8 hours in a rented storage container. But, he kidnapped her when she tried to leave him because of his abusive nature. Moreover, as per a 1976’s court evaluation, Philip was diagnosed as a “sexual deviant and chronic drug abuser”.

The ordeal came to an end after a female cop Lisa Campell grew suspicious of Garrido and his behavior at the University of California where he had reportedly come along with his two daughters so as to take a permit to distribute religious flyers.

Campell, the 40 years old UC Berkeley manager of special events, reportedly instantly observed the mental instability of Phillip. Not only this but his daughters born with Jaycee also seemed pale and gave an unusual empty stare.

While she asked him to come a day later on August 25, she ran a background check just to find out that Garrido was a sex offender. A day later after he returned back Garrido went on to say that he was on parole for rape and kidnapping for the incident that happened 33 years ago.

Though Campell desperately wanted to take action against him, she couldn’t do anything legally. However, things changed after she contacted Garrido’s parole officer at the California Department of Corrections and Rehabilitation, who stated that Garrido’s had no daughter unlike what he stated.

Garrido along with his wife Nancy was finally arrested on August 26, 2009, after he admitted that of his crime. Phillip was sentenced to prison for 431 years for one count of kidnapping and 13 counts of sexual assault.

Similarly, Nancy was sentenced to 36 years to life in prison for one count of kidnapping, one count of rape by force, and to California’s “one strike” rape law.

Starlet Dugard’s and Her Mother’s Story Shook The World

After two years of coming out of captivity, Starlet’s mother Jaycee Dugard finally decided to share her story with the world. In 2011, she was finally ready to share what she had experienced through her book A Stolen Life. Everyone was horrified after hearing about her scary experience.

Furthermore, Starlet’s mother revealed that she wanted to share her story with the world because she wanted other victims to open up and not tolerate the situation they are going through.

As mentioned above, Starlet’s mother Jaycee published her first book in 2011. Her book ‘A Stolen Life’ was one of the best-selling books. After the book was published, many people were able to take it as a lesson.

Starlet’s mother dedicated her book to her two daughters Starlet and Angel Dugard. As per one of her interviews, Jaycee has only revealed the part of her story she is comfortable sharing.

What is Starlet Dugard Doing Now?

As of 2022, Starlet has maintained her privacy and has not revealed her identity to the world. Although her name came into prominence because of the book her mother published, she likes to stay away from the media limelight. She is living with her family and slowly moving on from her traumatized life.