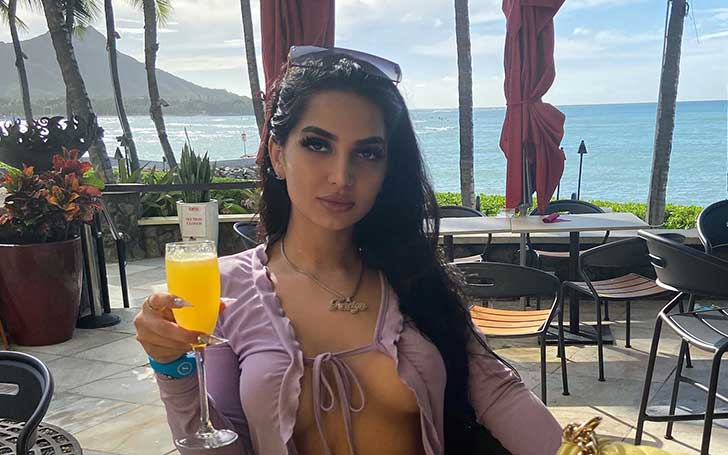 Arna Kimiai became a trending topic on the news and social media in March 2021 after she mistreated an Uber driver. A video went viral on social media in which Kimiai coughed on the driver when he asked her to wear a mask. After that, she ripped the mask off of the driver’s face.

Several people called her out for the misbehaving, but anyway she gained a lot of attention, not only in the USA but across the globe. And people have shown their eagerness to know Arna’s background, family, and other details about her.

So, who is Arna Kimiai in real? What’s her identity? Where is she currently? We have all the details about her in today’s article. Read it through to know all the details.

What’s the Birthday of Arna Kimiai? What’s Her Age?

Well, it’s not an easy job to find the birthday of a person who came to the limelight out of the blue. Nevertheless, several online tabloids, including Daily Mail mentioned Kimiai to be a 25-year-old California-native woman in 2023. So, we can speculate she was born in the mid-1990s.

In the meantime, some online sources have mentioned that Kimiai was born in 1996 while some have mentioned her birthday to be in January 1997. But, her birthday is yet to be revealed, however, it’s certain that Kimiai is in her mid-20s as of 2023. In the meantime, Arna thanked her fans on Instagram on January 29, 2021, for wishing her a birthday. So,

Who Are Her Parents? Kimiai’s Dad Is a Prisoner

Well, several people searched for Arna’s parents after the infamous incident and gradually her family background came up to the light. It was revealed that Arna’s father is an incarcerated sexual offender Farshad Kimai. But, unfortunately, there is no info about her mother yet.

Several sources have mentioned Farshad as the proprietor of Arna Enterprises Inc. based in Richmond, California. The company was suspended in 2016 after he was found guilty of a sexual offense.

Her Infamous Incident With Uber Driver – What Are the Consequences?

On March 7, 2021, Arna Kimiai got into an Uber car with two of her friends. In the video that surged on the internet, we can see Arna’s two friends on face masks while she herself appears without a mask.

Seeing that Uber driver, Subhakar Khadka asks her to cover her face, but she instead coughed on him, grabbed Khadka’s phone, and eventually ripped off his facemask. After that, the driver allegedly kicked them out of the vehicle. While leaving out Khadka’s car, the three reportedly sprayed pepper spray in the back of the vehicle.

As a consequence, Kimiai was charged with assault on a hired driver, attempted robbery, a misdemeanor count of battery, and one count of violating the local health ordinance. Meanwhile, another passenger, Malaysia King was also charged for the incident.

Moreover, both Uber and Lyft banned Arna following the incident. In the meantime, Malaysia was later arrested over a separate incident; for using a fake ID to withdraw funds from a bank account.

She Pleaded Not Guilty

Arna, along with the co-defendant Malaysia King appeared at their first hearing via ZOOM conference due to COVID-19 restrictions. That day, Arna was formally charged for her actions. However, she immediately entered a not-guilty plea.

Where is Arna Kimiai Currently? What about Her Imprisonment?

Months after the infamous incident with the Uber driver, Arna Kimiai allegedly stole the identity of her past neighbor for fraud. A San Francisco oncology nurse, Emily filed a report on April 5, 2022, at the Southern Police Station. “I noticed I was getting Chase inquiries. There was about 12 of them,” said the victim.

Emily said she got the cellphone number from one of the places Arna had used her identity. And as she tracked down the person, it came back to Arna Kimiai which she said didn’t recognize at first. But as Emily googled the name, she not only recognized Kimiai as the viral person but also as her former neighbor.

Emily further revealed that Kimiai had used her name to buy a Miami penthouse apartment and set up an electric account with Florida Power and Light. So, Emily filed the reports in three different places viz. SFPD, Miami PD, and the US Postal Inspection Service. And she was ultimately arrested by the Miami Police Department on April 27, 2022.

Unfortunately, there isn’t any information on the charges she has faced for the identity theft. However, her case for the Uber incident is still ongoing and her trial is in June 2022.

Her Other Criminal Records

Not only these two incidents but Arna Kimiai has also involved in other wrongdoings. Back on July 14, 2015, Arna was apprehended for battery on a person. Likewise in February 2020, Orange County Sheriff’s Office arrested Kimiai for burglary. Later that year, she was again arrested for taking a vehicle illegally.

In the same fashion, in February 2019, she was accused of making an unsafe turn and striking another woman’s vehicle in LA. Two years later, in February 2021, the woman filed a civil suit against her.

Arna is a famous face on social media. She has around 2.5k followers on Instagram, however, she has set her profile to private where she reportedly promotes products. Kimiai has described herself as a Persian Doll on her Insta bio which reflects her Persian roots.

She also has an account on TikTok where she interacts with her followers and fans.