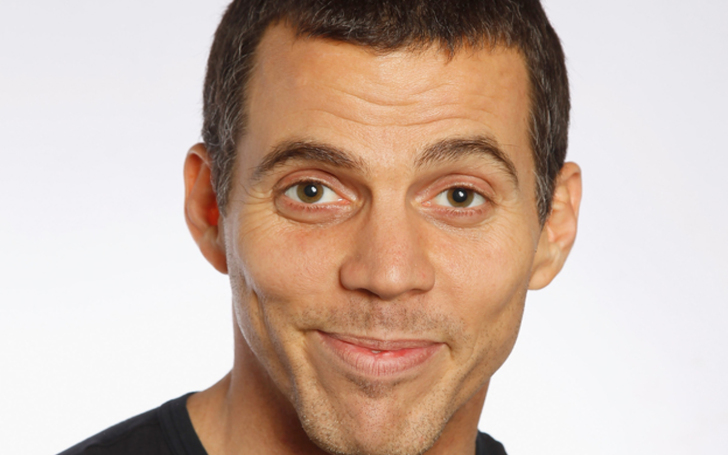 Candy Jane Tucker is the ex-girlfriend of Stephen Gilchrist Glover or Steve-O. Tucker’s former celebrity boyfriend is an entertainer, television personality, and stunt performer. Steve-O is mostly known for his performance stunts on MTV’s Jackass (2000–2002) as well as for several movies based on the show with each of their titles of the same name.

Looking at Steve’s present life; it seems he’s doing fine — professionally and personally, and there’s hardly an argument to that saying. However, his early rise to fame is nothing less of a troubled adventure. And somewhere in that timeline, Candy, the first serious girlfriend, had a notable appearance.

The time they spent together is a story worth telling. So know how Candy met Steve-O, what was she prior to being his girlfriend, and also the former couple’s life — post their breakup.

As per IMDb, Candy Jane Tucker, born 1985/86 starred in a Swedish television program, High Chaparall. The show first aired in 2003 on the Kanal 5 network. In the series, Jane Tucker appeared as herself (Steve-O’s girlfriend) for one episode in 2003. The show featured her alongside her then-boyfriend, Steve, who himself was the primary star of its 9th episode. High Chaparall is an interview/adventure series featuring the Swedish comedy duo of Filip Hammar and Fredrik Wikingsson.

Tucker’s former boyfriend, Steve-O began his career as a clown in a Florida flea market. Then Jackass director Jeff Tremaine recruited him to be part of the daring crew. It was in the early 2000s.

Since then the British personality has become well known for his extreme stunts and eye-catching tattoos including a large portrait of himself on his back. He later appeared on the spin-off series Wildboyz with Chris Pontius and Dr. Steve-O (2007).

How Candy Jane Tucker’s Relationship Started With Steve-O; Tucker Was 18 When She First Met Steve

It was late 2002 and Steve O was really feeling right where his life was heading, writes the Jackass star on his memoir, Professional Idiot. The star narrates his film Jackass: The Movie did well. Financially, he was doing great and his relationship with his father was getting back on track. Tucker’s former partner, could reliably go to an ATM and withdraw hundreds of dollars without breaking a sweat.

Professional Idiot further details the other thing contributing to its writer’s overall happiness was his then-new girlfriend, Candy Jane Tucker. He met her in August 2002 at a bar in New York City. Jane was only eighteen at the time and had just graduated from high school a few months earlier. The stunt performer got onstage at a bar and showed off his then freshly-inked and future infamous back tattoo.

Afterward, Tucker came over to Glover’s and on the memoir, he remembers her asking if he wanted to smoke a joint with her. Stephen says Candy knew the path to his heart from the beginning. They went on and smoked together and the MTV star remembers how he couldn’t stop staring at her.

Professional Idiot describes her as so young and sweet and beautiful. That night Jane gave him her number and Gilchrist called her the next day. After that, they started spending a lot of time together. Candy would stay with
him all the time at his friends, Dunlap and Berk’s apartment in New York City. She’d also frequently travel with him, and they even had a good long distant relationship. The three passports holder claims Candy and he — were genuinely in love.

Steve says Candy was ‘innocent but open and eager for new experiences.’ On the other hand, he was far from the most responsible guide. In December 2002, Jane was with him throughout the weekdays.

Everybody knows Steve-O and his bizarre yet hilarious poo rubber incident in Sweden. This real story is about MTV’s star outrageous attempt to smuggle hash and weed packed in a condom and then swallowing it to his gut. Much like in Jackass, Stephen is almost always a game to risk his life in the real world as well.

And while he managed to pull off this whole condom/intestine stunt, the undercover cops somehow were able to confront him outside the hotel he was staying in Sweden. Lucky for him, he had enjoyed the stuff the other night. After that, Steve spent some time and jail. Candy, at the time, was still his girlfriend. In his memoir, Steve-O writes how he missed her every day he was in the lock-up.

The British-American star eventually got out of the prison and when he came out he told Jane that he was quitting coke. Glover, nonetheless, explained it was the most noncommittal declaration of all time.

The Gonzo star and Jane had been living together. After a while Candy decided to move to California to try and make her own career. It was then when things started to crumble between the two, narrates the former drug addict.

“I felt like she’d gotten the fame bug and wanted to be a star herself. That in and of itself might not have been a problem. But I believed she started to see me as an embarrassment, like someone holding her back,”

Steve remembers in his book. He adds,

I got the sense she felt she could do better than me. There’s a distinct possibility I was just paranoid and that those ideas were as much a projection of my feeling.

Nonetheless, the stunt lover had already poisoned the water between him and Candy with all his pessimism and paranoia. The 11 years of age difference also started to bother Gilchrist. He explained, at the time, they both had a lot of growing to do and he was sure they couldn’t do it together.

Stephen tried to tell her all those things but did so without politeness and maturity. Amidst the rift, Wildboyz star reports there was a lot of yelling and crying. He even drunk and destroyed a bunch of things in their apartment.

Steve and his friends broke out windows, bashed in walls, and some appliances. He even posted some writings on the Internet about trying to kill the pope.

One night after he had come home, Stephen kicked a hole in the door, passed out on the sofa, and pissed all over himself. The next morning, he told Candy that was it and that their relationship was through. The tenant later evicted Steve-O, his friends, and Candy. The latter became homeless, albeit temporarily.

Then, the Jackass actor, himself moved to Florida to his mom leaving a huge mess behind.

After Tucker, Steve-O became the husband of Brittany Mcgraw from 2006-2008.

He also had a relationship with a celebrity tattoo artist Kat Von D in the past — Von D and the former prankster spouse of Tucker confirmed toward the end of 2015. They dated for only about three months. Steve-O then dated Stacey Solomon, though, this romance couldn’t last long either. Elisabetta Canalis was another named with whom Steve-O allegedly had a romantic affiliation.

As of the present, Tucker’s bygone bae, Steve-O is married to Lux Wright, a photographer, stylist, and visual artist. The London-born reality star asked Lux to marry him in January 2018 in front of some of his Jackass co-stars. Apparently, he filmed the entire thing. Lux and Tucker’s ex, Steve-O met at a workplace; Wright was in the production design. The photographer initially didn’t know who he was.

Reportedly, Lux was a huge influence on Steve-O for helping him achieve sobriety. Steve-O has been open about his past struggles with substance abuse and has been living sober since 2008.

Where Is Candy Jane Tucker?

The current whereabouts of Steve-O’s former girlfriend, Candy Jane Tucker is a mystery above the rear. She has just become another forgotten exes of a media personality. What’s more, Tucker is also absent in the internet’s vocabulary with no viable account on Facebook, Twitter, and Instagram.