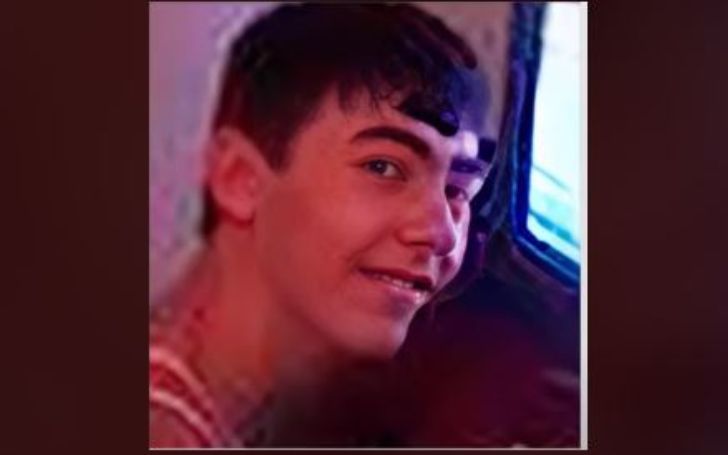 Daniel Petry is a former Brazilian young man who brutally murdered Gabriel Kuhn, a fellow young boy in his neighborhood after sexually abusing him. The whole tragedy happened in the summer of 2007 in Santa Catarina Brazil.

Petry’s case of murdering Gabriel is one of the most harrowing homicide incidents in modern crime history. It often gets mentioned in horror forums for its wickedly absurd nature of the crime. The images from this homicide are some of the bone-chilling shockers that are found on the internet.

While even the intricate details from the Brazilian case have been out there since the day it happened, the people involved in it now have absolutely gone missing. That especially includes the one and only perpetrator, Daniel Petry. Recount what actually happened the day he murdered Gabriel, what was the reason, his sentencing, Petry’s life after prison, and the answers to what is he doing now.

Warning: Details down below are extremely violent; readers’ discretion is advised!!!

Daniel Petry Was Born In The 90s; He Was A Troubled Kid

Daniel Petry, full name, Daniel Felipe Petry was born in the year 1991. He was a native of Blumenau, Santa Catarina.

Petry apparently was always a rebel and quite an aggressive kid from the beginning. He allegedly would react with extreme violence even on the slightest provocation. Due to his violent temper, Daniel had also spent some time in psychiatric therapies but he wasn’t regular in any of those sessions and neither did the treatment proved to be successful in his case.

Daniel would also often run away from school.

At home, Petry spent most of his time watching Brazilian TV shows. He also used the internet and played an online role-playing game called Tibia.

Daniel and Gabriel, real name, Gabriel Guillermo Kuhn knew each other through their common interest in the aforesaid online game called Tibia.

One of the most talked about reasons why Daniel killed Gabriel was that the latter had burrowed some 20,000 Tibia’s currency (roughly $1.75) from the former. Kuhn, however, didn’t return the money and it has been strongly presumed that this was the ultimate cause that provoked Petry to murder Gabriel.

Daniel apparently asked Gabriel to return his money multiple times but the latter allegedly kept on refusing to give it back. Kuhn reportedly also blocked Petry from all of the virtual contacts and cut off all connections with him.

This made Daniel angry and some time afterward he called Gabriel’s mother. She let him know that she was out of home and that Gabriel was alone at the house.

What Exactly Happened On The Day Daniel Murdered Gabriel?

As soon as Daniel entered Gabriel’s house, he locked the door and started assaulting the latter. Some time afterward, Petry dragged Kuhn to the bed and raped him.

After he was done, Daniel started putting his pants on. At the same time, the injured Gabriel, who was in the blood, and crying, began laughing all of a sudden. He threatened Daniel that he would report what happened to his parents as well as his own.

The Violent Detail Of Gabriel’s Killing By Daniel Petry

Petry didn’t want Kuhn telling his parents of what had happened and so after Gabriel’s threat, Daniel removed the power cord of the gaming console that was lying at Kuhn’s house. He next wrapped it around Gabriel’s neck whilst continuing the beatings. By this point, Kuhn’s blood was all around the place. After leaving Gabriel unconscious, Petry thought he was dead and tried to hide his body in the loft.

However, upon trying to lift Kuhn’s body, Gabriel realized it was too heavy. He then decided to piece apart the body so that it would be lighter for him to dispose of Kuhn.

Daniel, therefore, next got a knife and hacksaw from the garage. Soon after that, he started cutting Gabriel’s body from the torso so that he could lose his legs.

Petry Sawed Kuhn’s Body When He Was Still Alive

Petry in order to make Kuhn’s body lighter, he began sawing Gabriel’s body down from the waist. However, after only about one or two saw pulls, Kuhn regained consciousness and realizing he was being sawed started screaming in agony. The live mutilation continued as Daniel kept on sawing only harder and faster successfully ripping Gabriel in half.

It is reported that Kuhn lost consciousness once again from the shock and died sometime during his body’s separation. The brutality, however, didn’t stop there as after separating Gabriel from his legs, Daniel once again started pounding his victim and even went on to carve Tibia symbols into Kuhn’s chest.

Daniel then ditched the idea of completely disposing of the body and left the corpse of Gabriel in the hallway trap door just as it is. The passage was as bloodied as it could get and the legs of Kuhn remained in the hallway next to the hacksaw that Petry used to cut him.

On the day of the murder, July 23, 2007, Gabriel was 12 years old and Daniel was 16 years old. As mentioned, the brutal killing happened in Santa Catarina, a state in Southern Brazil.

Gabriel’s Brother Was The First To See His Dead Body

Sometime after Daniel had murdered Kuhn, Gabriel’s brother came home, and as he saw his dead brother’s body instantly dropped to his knees crying for his mother. He screamed for help after which the people in the neighborhood noticed and learned what had happened. They called the authorities and when the police arrived they found Gabriel’s body in two pieces.

The investigators later checked the place and found virtual arguments between Kuhn and Petry as they logged into Gabriel’s video game console. Later they logged in the device as the ultimate piece of evidence.

Daniel’s arrest wasn’t that much of a hassle for the police as after the officials confronted him, he admitted all the crime with no hesitation or regrets.

Shockingly he also recounted every gory detail that he had committed the afternoon of the murder. The only thing that Daniel refused to admit was that he sodomize his victim.

The autopsy of Gabriel however did reveal that he was raped multiple times moments before his death. Though during his sentence hearing Petry told Judge Pereira that

Gabriel was a coward and a thief. He burns in hell right now where I sent him. And when I die I will find him in hell and finish my revenge.

Petry also blamed the violent nature of Tibia for making him go crazy.

After trials, the court sent Petry to a juvenile delinquency center in September the same year the murder took place. He however was sentenced to only three years of socio-educational punishment. In the aftermath of the murder and Petry’s imprisonment, several Tibia players from around the world protested against the fewer years that Daniel got in addition to condemning his violent act of killing.

Some heads of the game company expressed their condolences to Gabriel and his family. Some theory claims the reason behind Daniel’s wrath toward Gabriel emerged due to the former’s attempt to shut the latter as Daniel had been sexually abusing Kuhn way before the day of the murder.

Where Is Daniel Petry Now?

The most mysterious part of Daniel and Gabriel’s case is the current what and whereabouts of Petry. His updates or better yet his existence since his release from prison have largely remained a robust cliffhanger. In light of absolute obscurity, countless theories have been spawned with respect to Daniel Petry’s life post his prison time.

Some believe he might have killed himself after getting regretful for what he had done while some rumors suggest Daniel is now a lawyer living as a free man. Others have taken as Petry fled to some low-key country and has been remaining there ever since. He is also presumed to have a wife and children.

Some reports have gone on to add that Petry now is a US citizen. Speaking of Petry’s nowness, back in Aug 2022, many people mistook a resident of Sao Paulo, Marcos Daniel Petry as the boy who mercilessly killed his fellow neighbor in 2007.

This Sao Paulo local, in the meantime, also got a lot of hate and despise in the consideration that he was indeed the boy who killed Kuhn. However, all the assumptions turned out to be false and Marcos wasn’t the real murderer turned into a ghost name. He in fact didn’t even have the slightest breach of law his whole life.

Although Petry has been completely pushed into oblivion, time and again, there appear some aliases on settings like Instagram, Facebook, Twitter, and LinkedIn by the very name of Daniel Felipe Petry. This has often scared people and consequently is also the occasional fodder for tabloids and murder mystery forums. Whatever the case, the real what-ifs of Daniel since his release have long been a closed book and a mystery of huge complexity.