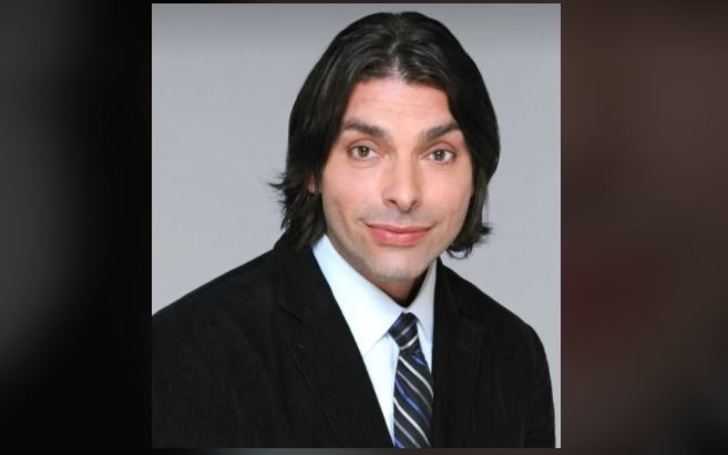 Every, now and then, 90 Day Fiancé viewers have wondered about Darcey Silva and her ex-husband, Frank Bollok. Darcey’s pursuit to find a romantic relationship on the TLC show gave the single mom her stairway to success. And now with her own show Darcey and Stacey, she is ever so growing her popularity as an entrepreneur, clothing designer, and actress.

Sporadically, what viewers often wonder when they see Darcey is “what happened to her former partner, Frank Bollok?” So is he still in the life of Silva and her kids?

How did he meet Darcey in the first place? How they formed their relationship? Has Darcey moved on after separating from him? Know all about Frank Bollok in the article below.

Bollok allegedly comes from a Hungarian background. He went to the Bronx High School Of Science. Some consider him to be smart than average. This is due to the fact that Bronx Science is difficult to get into and counts as one of the best specialized public schools in NYC.

Frank has a bachelor’s degree in liberal arts and sciences from Hunter’s College in New York. Silva’s former husband though had let go of his music career aspirations for some undisclosed reasons.

People first came to know him in 2010 when he appeared in his ex-wife and her sister’s show The Twin Life’s YouTube trailer. He is also reportedly a semi-pro rapper with a stage name, Ruse. In fact, he recorded The Twin Life soundtrack for Darcey and Stacey with Frank Lucas Jr.

Although Frank may not have any interest in appearing on Darcey & Stacey now, he was once almost a reality television star alongside Darcey Silva.

In Aug 2013, he got a job at sales in Bob’s Discount Furniture. As of now, Bollok is a store manager for Bob’s Furniture, according to LinkedIn. The ex-husband of Darcey Silva was also a salesman for Douglas Elliman, a real estate company

He is also the co-owner of The Twilight Lodge, at Haines Falls.

When Frank and Darcey were together, the couple along with Darcey’s sister, Stacey Silva were almost in a reality show called The Twin Life. The two had also filmed a pilot. During their marriage, Silva often referred to Frank as an “aspiring rapper.”

Frank Bollok shares two daughters with his ex-wife, Darcey Silva. Their names are Aniko and Aspen.

One of Bollok’s kids appeared alongside her mother in Season 2 of Darcey and Stacey.

Why Did Frank Bollok And Darcy Silva Divorce?

According to Bollok’s former partner, Darcey, herself, there was no bitter feeling or some theatrics behind the reason for her divorce from Bollok. She asserted it was just a matter of their relationship changing over time.

While talking about her relationship with her daughters’ father, she said,

“We just felt we grew apart and [were] searching for our soulmates.”

The Connecticut-born reality star also added that she and her ex-husband have an amicable and respectful relationship that’s focused on raising their two daughters, Aniko and Aspen.

“My relationship with my daughters’ father is good and respectful. I’m grateful for my daughters Aniko and Aspen and always will be. We are blessed to have them,”

said the 47-year-old TV actress. The former couple shares joint custody of their daughters. And as per the further condition, Frank agrees to Darcey moving their daughters out of state.

After separating from his ex-wife, Silva, Bollok married Kristell Mapelli on December 21, 2018, and the two also had a baby boy in 2020. Their extravagant wedding took place at a beachfront mansion in Quintana Roo, Mexico.

The couple split their time between Schenectady, New York, and Albany, New York.

Frank’s daughters with his former spouse, Aniko and Aspen occasionally appear on the pair’s social media.

Meanwhile, Bollok’s ex, Darcey as of recent is having a bit of a drama with her latest beau, Georgi Rusev. For the time being, Darcey and Georgi have split, but there are signs the two could still be together.

How Rich Is Frank Bollok; His Net Worth?

To date, there is no known figure to Frank Bollok’s net worth or the assets that he’s managed to gain over his career. Though people close to him suggest he is quite loaded in terms of finances. And his a bit fancy and quite luxurious social posts seemingly tell so.  What’s more, some sources claim that he also gains significantly through Binance Coin (BNB), a cryptocurrency.