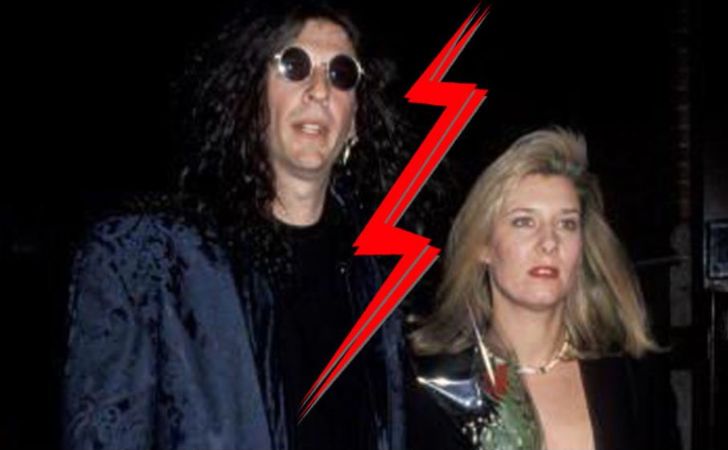 Alison Berns is an actress and TV personality, known for her works in movies and TV series like Private Parts, The Howard Stern Show, and others. She is also famous as the ex-wife of Howard Stern. He is a successful American radio and television personality, comedian, and author.

Alison was married to Howard for 23 years and also has children with him. But unfortunately, their marriage didn’t last for very long ending up in a divorce. She married for the second time in 2001. Well, what apart from her love life? Where is she now?

Also find out about her career, net worth, age, and much more.

Alison Berns Is The Ex-Wife Of Howard Stern

A successful actress Alison Berns is mostly famous as the ex-wife of radio personality Howard Stern. The former couple first met in their college days at Boston University where Howard was pursuing his degree in Communications whereas Alison was a student of Social Works.

Their first conversation began with Stern offering her a role in a movie which she reportedly accepted. While working on a project together, the duo developed a great bonding leading to a romantic relationship.

After around a year of dating, they decided to walk down the aisle. They eventually married on June 4, 1978, in a private wedding ceremony at Temple Ohabei Shalom in Brookline, Massachusetts. A lot of their friends and family members attended their wedding.

During their marriage, the couple was also professionally involved and worked on projects like Negligee and Underpants, Private Parts, and U.S. Open Sores.

But despite all, their marriage was not meant to last forever. Almost after 23 years of togetherness, Alison’s divorce from her then-husband Howard Stern was finalized in 2001. They had been living separately since 1999. Unfortunately, they have not revealed the reason behind their divorce.

Talking about his tragic divorce from Alison with Rolling Stone, Howard said,

“My marriage ending blew my mind. I was upset that I failed and let down my family, my kids, my ex-wife. It was all very painful.”

Who Is Alison Berns Husband Now?

As of 2021, Berns is married to her second husband David Scott Simon. They got married in 2001, the same year she divorced Stern. As per the reports, Alison and David had been dating months before Alison’s divorce was finalized.

In case you are wondering, their marriage was an intimate ceremony with a few friends and family members in attendance. Well, as of 2021, they are married for 2 decades already, and their relationship seems as strong as ever.

She Has Three Children

Private Parts’ actress Alison Berns is a mother of three children Emily Beth Stern, Ashley Jade Stern, & Deborah Jennifer Stern. All three of her kids were born from her marital relationship with her ex-husband Howard Stern.

All her daughters are well settled in life and in fact, Deborah is an actress like her parents. Well, all her kids share a great relationship and bonding.

As a successful actress and TV personality, Berns has been a part of numerous movies and TV series. She began her career professionally in 1987, where she appeared in three episodes of the TV series The Howard Stern Show, which was hosted by her then-husband, Howard.

The following year in 1988, she appeared as herself in the TV movie Negligee and Underpants Party, which was followed by her role in U.S. Open Sores in 1989. From 1991 to 1992, she appeared in four episodes of TV series named The Howard Stern Show.

In 1993, she was also part of a TV series named The Geraldo Rivera Show. Similarly, from 1994 to 1998, she appeared in four episodes TV series Howard Stern. Her proper role as an actress was in the 1997 movie Private Parts, where she played an NBC Switchboard Operator.

Where Is Alison Berns Now?

Ever since her divorce from Stern, Alison has been a sort of virtual recluse. She has completely kept herself away from attention and does not make any public appearance. She is not on social media platforms which makes it even difficult to track down her whereabouts.

That said, we are pretty sure, she is living a beautiful life away from all the glitz and glamor. Hope, we will get to see her soon.

How Much is Alison’s Net Worth?

As a former actress, Alison has earned a great deal of money in course of her career. Further, she also received a huge amount in a divorce settlement from her spouse. Well, as per Celebrity Net Worth, she has a net worth of $50 million, as of 2021. She made most of her fortune comes from her career in movies.

On the other hand, her ex-spouse Howard is worth over $650 million.

Talking about her education, she has a degree in social works from Boston University.