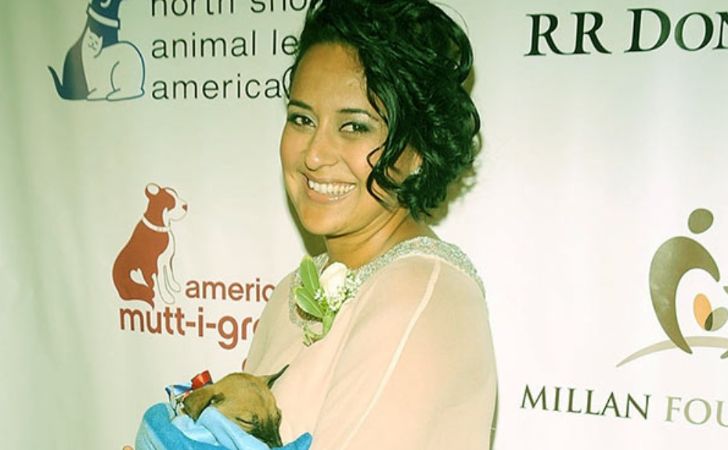 Ilusion Millan is a professional Clinical Psychotherapist, who is most famous as the ex-wife of Mexican-American dog trainer and TV personality Cesar Millan. Her husband is mostly famous for his Emmy-nominated television series Dog Whisperer with Cesar Millan.

The couple was married for 16 years before things turned sour between the two. Moreover, Ilusion also had two kids with her husband. Now that she is divorced, how is her life now?

In this article, we are going to talk about Cesar Millan’s ex-wife Ilusion Milan’s career, age, married life, net worth, & much more.

The beautiful Ilusion Millan, also known as Ilusión Wilson, was born on September 18th, 1976, in the United States. As of 2022, she is 46 years of age. Talking about her parents, they were American-Mexican. However, she has not revealed much about her parents and family background.

When it comes to her education, she has good academics. She did her schooling at a local school in her hometown and later attended Pacific Oaks College, where she completed her Bachelor of Arts (B.A.) in Human Development, Family Studies, and Related Services.

Later, she finished her Master’s degree in Clinical Psychology from Pepperdine University which she completed in 2018. She has since been working as a Psychotherapist. Following the completion of her Master’s degree, she even posted a photo of herself on her graduation day on Facebook.

They look adorable together.

The ex-celebrity wife Ilusion leads a successful professional life. She began her career back in 2004 working for Cesar Millan Inc. There she helped her then-hubby in ventures outside of his TV show which include speaking engagements, executive leadership seminars, & other works.

At the time, Millan also became part of several campaigns promoting animal health and rights. Further, she also assisted her husband in raising awareness about dog problems and more.

However, following the completion of her education in Clinical Psychology, she has completely shifted her profession. Since 2018, she has been working as a Psychotherapist at Counseling Partners of Los Angeles.

As we said, Ilusion was in a marital relationship with Cesar Millan. The couple married in 1994 in an intimate wedding ceremony. At the time of their marriage, Ilusion was 18 years of age whereas Cesar was 24.

Soon after their marriage, the former couple moved to Los Angeles and settled together. Talking about their first meeting, they came across an ice rink where he saw her in the crowd. At the time, Ilusion was just 17.

Soon after their first encounter, the duo began dating and they waited till Ilusion turned 18 so that they could get married.

Why Did Ilusion Millan Divorce Cesar?

Though things seemed great between the couple, their relationship didn’t last for very long. After being in marital bliss for over 16 years, Ilusion filed for divorce from Cesar in July 2010, citing irreconcilable differences.

Further, the former duo also settled down to remain friends and take care of their kids together.

Note: After Cesar learned about his wife’s intention to divorce, which came just around a month after the death of his dog Daddy, he even attempted suicide.

She Is Also A Mother Of Two Kids

During her 16 years long marriage, Ilusion has two children. She welcomed her first child Andre Millan in 1995 and later gave birth to her second child Calvin Millan in 2001.

Cesar Millan, born Cesar Felipe Millan Favela, is a Mexican-American dog trainer, author, & TV personality. He always wanted to become a dog trainer and illegally crossed the border into the United States when he was 21 to fulfill his dream.

Starting off his first job as a trainer at a dog grooming store, Cesar has now come a long way in his career. He is one of the most successful dog trainers in the world and runs numerous related TV shows one being the Emmy-nominated television series Dog Whisperer with Cesar Millan, from 2004 to 2012.

Some of his other successful TV shows include America’s Top Dog, The Girls Next Door, Mutt & Stuff, Red Table Talk, & many more. Further, as an author, he has sold over 2 million copies of his books worldwide, making it to New York Times bestsellers list.

Did Ilusion Remarry After Divorce?

This might sound unusual but Illusion never married after her divorce from Cesar. Also, there are no reports of her involvement in romantic relationships. That said, it is quite possible that she has been keeping all of it a secret. Anyway, we hope she opens up in case she is dating a partner.

Unlike her, her former husband Cesar is in a relationship with actress, model, & former stylist Jahira Dar. They began dating in August 2010 and even got engaged in April 2016.

Where Is Ilusion Millan Today?

Following her split from her ex-spouse, Ilusion is leading a beautiful life away from the limelight. She also finished her Master’s degree in Clinical Psychology and is currently focused on her career.

She lives along with her kids in Los Angeles and is also seen together with them on various occasions.

What Is Ilusion Net Worth?

Undoubtedly, from her professional career, she has amassed a decent net worth but she has not revealed the exact sum of her net worth. That said, she receives $23,000, as spousal support and another $10,000 as child support from her husband, which also adds up to her wealth.

Well, Ilusion Millan is pretty active on Instagram and Facebook. Unfortunately, she has kept her Insta, where she goes by Ilusion Millan-Wilson, private.