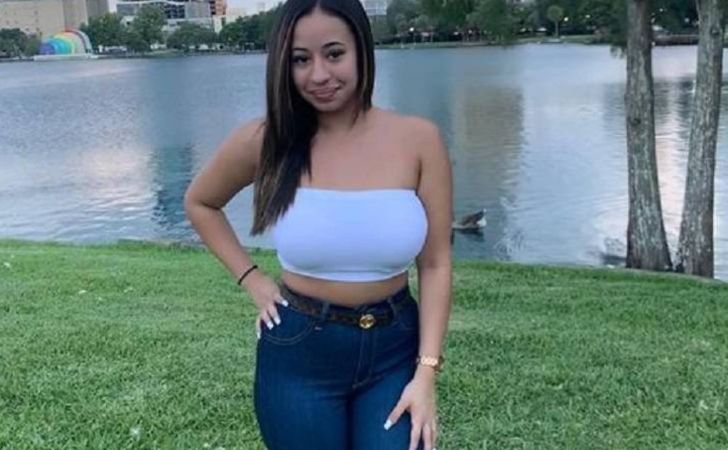 Jaden Newman is one of the most potential amateur basketball players. The 17-year-old girl attracted huge attention after scoring an average of 30.5 points and over 7 assists for her Varsity High School team at the tender age of 9. She mostly played for the Downey Christian School basketball team in Orlando.

Besides, Newman belongs to a family, where most of her family members played basketball. Her father is an accomplished basketball coach who has coached Jaden throughout her career. On the other hand, her brother Julian Newman is an amateur basketball player who was named “The Best Sixth Grade Basketball Player” by The Huffington Post in December 2013.

Here we have come with lots of things that you didn’t know about Jaden’s life. Let’s take a look!

Besides, talking about her nationality, Newman is an American and belongs to a mixed ethnical background. She is of Puerto Rican descent.

Jaden Newman’s Parents: His Father Is Also A Basketball Coach

Jaden is the daughter of father Jamie Gonzalez and mother Vivian Gonzalez. Her father Jamie is now a basketball coach. He used to play as a point guard for the Colonial High School team in Orlando. He later dabbled into the coaching career, becoming the basketball head coach at the kids’ school, the Downey Christian School.

On the other hand, her mother Vivian was also a point guard at University High School in Orlando. She later went on to join the US Navy and served for four years. As of now, Vivian works for the U.S. Postal Service.

Her Brother is a Basketball Player

The then-fifth grader soon started getting wide attention. The highlight video of Julian posted in late 2012 by ScoutsFocus.com, a basketball recruiting site went wild on the internet, amassing millions of views. Furthermore, a number of reputed tabloids like Sports Illustrated and The New York Times also featured his articles.

Jaden Newman Was Coached By His Father

Jamie, a local basketball coach played a major role in ameliorating his kids’ skills. They always did early-morning strength and conditioning workouts with their father.

After training diligently on all aspects of her game under her father, Jaden said, “I don’t only score the ball. I can do it all.” She added, “I know basketball and I know how to play defense and get tough steals and pass the ball.”

Later on, Jamie also appeared in a number of big matches with his children. The latest YouTube video titled “I’m Ready To Go PRO!” Jaden Newman Is Going To The WNBA?,” posted in March 2021 showed how aggressive and crazy Jamie is about the game.

As soon as Jaden got rigorous training from her dad, her growth gave her a new height in her flourishing career. She played as a point guard for the Downey Christian School basketball team.

As a fifth-grader, Newman averaged over 15 points per game, more than 30 as a sixth- and seventh-grader. She scored an average of 45 points as an eighth-grader. In January 2018, the hoping player scored 70 points in one game, tying a national record too.

Since Newman started showing her amazing skills, the player has also attracted huge media attention. She appeared on The Queen Latifah Show.

Early in her career, Newman was underestimated because of her short stature but later when they discovered her true talent it all faded away.

Jaden Was Offered Scholarship For Her University Education

As soon as Newman went viral for her magnificent basketball skills, the 17-year-old started getting numerous offers from various colleges. She first got the scholarship offer at nine years old from the University of Miami (Florida). She said,

“I thought I was in a dream or something. But it was real, and then we went on the campus and we took a tour and stuff, and we saw the gym. It was fun.”

Although a number of colleges approached her, Newman doesn’t appear to be in rush to make a decision. She calls UConn her “dream school.

Besides, Jaden would also love to go to The Women’s National Basketball Association (WNBA) to play for L.A Sparks.

Who Is Jaden Newman’s Boyfriend? Her Love Life

Newman has kept most part of her love life out of the media. The promising player has yet to reveal anything about her personal life. Although Newman has decent fan followers on her social media, the Instagrammer has yet to share her beau’s photo.

So, because of her highly protective personal life, it becomes hard to trace out if Jaden is dating someone or is focused on her career entirely. So far, there have been no reports of her love affairs and boyfriends in the past as well.

Where Is Jaden Now?

At present, she is busy with basketball and is rather very focused on her game. Besides, as an influential figure, she is also active in her collaborations with several fashion brands.

She apparently lives in Orlando, Florida. Besides, she is also often seen with her parents and brothers.

Jaden Newman’s net worth is $500,000 as of 2022. Most of her money comes from her raising basketball career, especially her lucrative contract boasts her fortune.

Further, she also adds to her fortune as an ambassador for Fashion Nova, a global fashion brand.

As for her social media presence, Newman is active on Instagram and has over 1 million followers as of 2022. Similarly, she has a considerable fan following on Facebook and Twitter.

The fitness enthusiast has a height of 5 feet 3 inches or 162 cm. Besides, her weight is 63 kg or 132 lb. She regularly does exercise to keep her body fit and healthy.