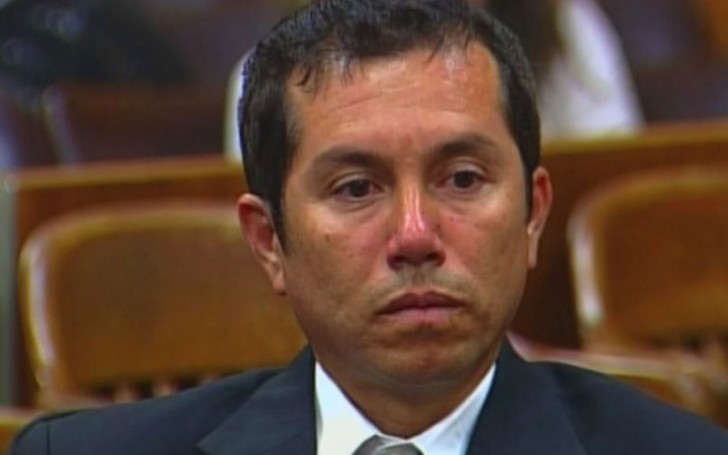 Jose Trinidad Marin, the name we will certainly never forget. Famous for being married to the late singer Jenni Rivera, the man was behind one of the most vicious and vile sexual abuse scandals of all time.

For several years, while still in a relationship with Jenni, Jose sexually abused his own daughters and his sister-in-law. The lewd man finally got what Jenni Rivera’s ex-husband deserved and was sent to prison for 31 years.

It has been decades since the trial unfolded. Many of the late singer’s fans are curious to know if Jose is still alive and serving his sentence. Moreover, many of you are unaware of Jose’s early life so stay tuned as we have all the facts listed here today!

Who is Jose Trinidad Marin? His Early Details

Born on February 15th, 1964, in Mexico, Jose first came to media prominence after he married American singer-songwriter, Jenni Rivera. During the initial phase of their relationship, the duo remained secretive about their marital life because of which there’s quite less info about Jose.

Besides, Jose belongs to the Mexican ethnicity and has American-Mexican nationality. His parents primarily raised him in Mexico before moving their way to the United States.

There’s no info as to when he moved to the states. That being said, considering his meeting with his wife while studying in high school, we can say he was fairly young when he moved.

What did Jose Trinidad Marin Do? His professional career

At the time when he and Jenni first started dating, Jose worked in several odd jobs to make ends meet. Around the same time, he got a job as a restaurant manager from where he started earning a decent amount of money too.

He had also told Jenni not to study in college and stay at home taking care of their kids and family. Naturally, Rivera didn’t concur with him and eventually, it led to physical abuse.

Besides, after the divorce from Jenni, he moved on with his life and started a new life in Riverside County.

When did Jose marry Jenni Rivera?

When you marry the person whom you have loved the most, you somehow expect everything to work out. Similarly, Jenni was hoping her marriage would also work out. Unfortunately for her, their marital life was full of problems and constant abuse.

Not only did her husband physically abuse her, but he also sexually abused their own two daughters and her sister.

The former flames became a parent for the first time when Jenni was still studying in high school. She gave birth to her oldest child, a daughter named Chiquis Rivera on June 26th, 1985. Although Jenni became a mom in her teens, she still managed to graduate high school and provide for her child.

A couple of years after the oldest came, Jenni and Marin welcomed their second child, a daughter named, Jacqueline Rivera on November 20th, 1989. A few years later, on September 11, 1991, they became a parent of a baby boy named Michael Rivera.

All three of them are doing great in their respective career. The oldest one Chiquis trod the same path as her mother and became a singer. Meanwhile, the other two became actors who work primarily in English and Mexican films and series.

After years and years of mental torture, Jenni finally decided to call it quits. She filed for divorce somewhere in the early 90s and it was finalized in 1992. The custody of her three kids was given to Rivera.

Initially, Jenni stated that she filed for divorce with Jose due to the physical and emotional abuse that he inflicted on her. It was several years after the divorce, in the year 1997, when she found out about her ex-husband’s sexual abuse scandal.

He sexually abused his own daughters and sister-in-law

For many years, the former husband of Jenni Rivera was sexually exploiting Rivera’s sister Rosie and his own daughters. It all began with her sister Rosie and afterward he started molesting his two daughters as well.

In 1997, Rosie first confessed to Jose’s wrongdoings. Back then she claimed Marin molested her and also their oldest daughter Chiquis. When they went for the physical examination, it was also found that he also abused his other daughter, Jacqie.

As soon as Rivera heard the dreadful news, she lodged a complaint against her husband. Subsequently, the court ordered him to appear, however, he ran away and became a fugitive. He even started a new life in Riverside County with a new identity and all.

Nonetheless, all of his efforts to disappear were in vain as in April 2006 the authorities finally apprehended him.

Trino was sentenced to prison for 31-years in 2007

After around a year of legal battle, Jose was found guilty of sexual abuse. The court sentenced him to 31-years to life in prison without any possibility of early parole for good behavior.

At the time of the hearing, all of Marin’s family were in attendance including his children. After the sentencing, his eldest daughter Chiquis, whom he abused from the age of 8 to 12, said, “I just would like to tell my father that I love him and I forgive him. He may not think that I love him, but I do.”

How is His Relationship With His Children Nowadays? What is Jose Trinidad Marin doing now?

As surprising it is to hear, despite all the atrocities, Jose’s daughters are still on good terms with him. In fact, he even called his oldest child, Chiquis while she was getting married. In 2019, a day before her wedding to Lorenzo Mendez, she got a call from her old man straight from the prison.

Chiquis recorded this whole incident as a part of her YouTube vlog. In the video, we saw Jackie, who was already talking to their dad, come inside Chiquis’s room and say, “Hi, Dad, I have your little girl here,” and gave the phone to her.

Soon after, the father-daughter started talking. In addition, Chiquis also asked her father to lead them in his prayer.

All this really leads us to believe that Jose is still on good terms with his daughters regardless of all the past transgression. Moreover, we can say Jose has also accepted his heinous crimes and trying his best as much as he can to change himself.

His ex-wife Jenni died in 2012 in a plane crash

The year 2012 brought forward grim news for the Rivera clan. Jenni passed away after the plane she was traveling in crashed near Monterrey, Mexico. She along with six other passengers on board died instantly.

The singer was in the city for a musical performance, however, the event had such a sad ending. Her body was brought back to her hometown of Long Island where she is buried at the All Souls Cemetry.

Where is José Trinidad Marín now? Is He still in jail or got out?

In 2018, there came a rumor that Jose is getting out of prison for good behavior. Several sources reported the news and the news wasn’t well-received, considering how mad people were.

The news further got all the fuel after Jose’s daughter said in an interview,

“I’ve heard that but I haven’t talked to him. He hasn’t confirmed anything to me. I haven’t been able to go see him. So we’ll see what happens. I don’t want to say much because I don’t know if that’s true.”

So, as of now, we can only assume that Jose is still in prison.

How Much Is Marin’s Net Worth?

Late singer Jenni Rivera’s ex-husband Jose was apparently unemployed as soon as he was exposed to his sexual abuses. However, his net worth is estimated to be around $600,000 to $800,000 as of 2022.