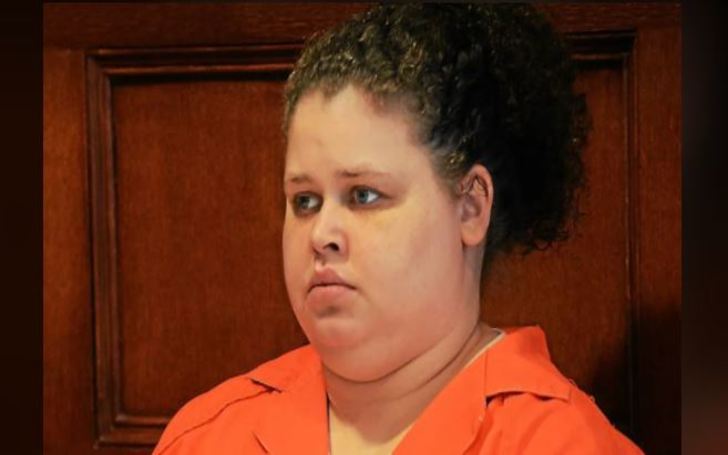 Sarra Elizabeth Gilbert (Sara Gilbert) is the sister of the late Shannan Gilbert whose death in 2011 rocked the nation. The killing of Shannan has to date been a mystery. She is also the daughter of Mari Gilbert who lost her life in the most harrowing way possible. What’s tragic is the fact that her killer was none other than her daughter, Sarra, herself.

The Gilbert family story has been put in many books, movies, documentaries. However, here’s an unpurified version of what happened to Sarra Gilbert, her mother, Mari, and her sister, Shannan.

Know what led the daughter to kill her own mother in the most brutal way anyone could think of. Also, read how many and what charges she faced? Is there a chance Sarra could be released earlier?

Sarra Gilbert Is The Third Daughter Of Mari

Sarra was born in Ellenville, New York on January 17, 1989. Before her death, Sarra’s mother, Mari was working at a Walmart. She is the third child of Mari, after her sisters, Shannan and Sherre Gilbert but before her younger half-sister, Stevie. Though, not much about their father is known. However, he was reported as schizophrenic and a heroin addict.

Sarra Had A Tough Childhood

Sarra grew up under the care of a single mother who often suffered from depression and poverty. Her attorney John Ray said that Gilbert was the victim of sexual abuse by one of her mother’s boyfriends, and her older sister was a prostitute on her mother’s consent. In addition, her mother practiced “black magic,” which ultimately led Sarra to believe she was a demon.

Her older sister, Sherre, too had experienced the same terrible abuse as hers. Sherre also suffered from her mother’s boyfriend.

Some Say She Was Obedient To The Family

On the other hand, she was also the family’s archivist, the one gathering notes and following the particulars of her sister’s case with a hungry eye for detail.

Sarra Gilbert Married A Drug Addict In Her Teens

Sarra’s love life isn’t an ordinary one. She aborted her first child at the age of fourteen, dropped out of school at sixteen, and moved in with her boyfriend. He was a twenty-two-year-old drug dealer named Manny. The two welcomed their son in 2009, a boy named Hayden.

Elizabeth and Manny would serially break up and reconcile. Her boyfriend served time for drug arrests. And at least once, Sarra sought shelter for victims of domestic violence. Sarra from the early 2010s to mid-2010s became more dependent on her family, and on Mari especially than ever before. Her mother helped her by all accounts, taking in the baby when needed and becoming her daughter’s emotional support system.

Sarra Gilbert And Her Mom, Mari; Why Did She Kill Her Mother?

Daily Freeman reports on July 23, 2016, Sarra killed her mother with a fifteen inches knife stabbing her 227 times and hitting her with a fire extinguisher. John Ray, the Gilbert family’s attorney, forwarded to PIX11 about what happened to Mari. Ray explained Sarra had invited her mother over to her apartment because she was hearing voices.

The mother went to see if she was alright but ended up losing her own life at the hands of her daughter.

After the killing and the police had arrived, Sarra’s first words to them were: “I am under arrest.” And at the trial, Sarra said her intention was to kill her mom saying “she’s evil.”

Several months prior to Mari’s death, in February 2016, police had arrested Sarra in Ulster County and charged her with endangering the welfare of a child and animal cruelty, per PIX11. Allegedly she had drowned a puppy in front of her 8-year-old son, took the young boy into the woods, and threatened to kill him.

Then in May 2016, the officials again arrested Mari’s daughter for criminal contempt. A source told PIX11 that she’d violated an “order of protection” secured by her boyfriend.

Attorney Ray disclosed that Shannan’s convicted sister had begun to hear voices and hallucinate a few years prior to killing her own mother. He added Sarra was in and out of psychiatric hospitals since 2014.

Ray argued that Sarra hadn’t taken her antipsychotic medication for close to eight weeks before the killing took place.

Others Say She Lied About Her Drug Addition With Mental Health

Conversely, during the trial of her mother’s killing, the prosecuting attorney, Emannuel Nneji said she began using drugs as a young teen and misled everyone into believing drugged behavior was mental illness.

Additionally, Sarra’s youngest sister, Stevie reported that she tormented and belittled their mother for years before she killed her.

She also added that it was jealousy that prompted Sarra to kill her mom. Stevie claimed Sarra would have killed her too if she had the chance.

Her addiction to illegal substances reportedly began as early as her teens. In July 2016, she had overdosed. Hayden’s mother believed she was taking ecstasy, while others say it was likely LSD. She landed at Albany Medical Center. Sarra survived after doctors packed her in ice to lower her temperature which was at 107  ̊F.

Where Is Sarra Gilbert Now?

The 32-year-old is currently serving 25 years to life in state prison—the maximum sentence allowed by law. As per multiple reports, Ulster County Judge Donald Williams said, if he has anything to say about it, she will never walk free again.

Williams though said he would push to make sure Gilbert gets the mental health treatment she needs.

For most of the 40-minute proceeding, Marie’s daughter stood, swaying silently, beside her attorney John Ray. But when it came to her turn to address the court, Gilbert sobbed briefly and asked for mercy.

Her son, Hayden is living with relatives of his father.

Shannan Maria Gilbert went missing on Long Island on May 1, 2010. Police found the 24-year-old’s body more than a year later on December 13, 2011, in a marsh at Oak Beach, according to Oxygen.

Right before her death, Shannan, who was a sex worker, had gone on to see a client. Before she disappeared, 911 received multiple panicked calls. One call, believed to be over twenty minutes long – was from Shannan herself. In the conversation, she allegedly screamed “They’re trying to kill me!” according to PIX11. It, however, is not clear who she was referring to.

Just a few days after the police found Shannan’s body, they discovered her clothing, cellphone, and purse; about a mile away. Police initially claimed she died because of accidental drowning, according to NBC New York. However, a medical examiner later ruled the cause of death inconclusive.

Not long after, the family also asked a forensic pathologist to conduct an independent autopsy on Shannan’s remains. The examination found that her death was consistent with homicidal strangulation because a small bone in her throat was missing, possibly indicating it was fractured when the perpetrator killed her.

During the course of the investigation with respect to Sarra’s sister, Shannan, authorities made a number of other grim discoveries. They found the remains of 10 other people along Gilgo Beach. Four of the victims lost their life to strangulation; they all were sex workers.

Sara’s Other Sisters After Shannan’s Death

Since Mari’s death, and Sarra’s sentencing, Sheree and Stevie (along with Ray) have continued their mother’s work in seeking justice for their late sister, Shannan.

Netflix Released A Series Based On Sarra Gilbert’s Family

In 2020 Netflix released the adapted version of the true story of Sarra’s mother, Mari Gilbert, and her sister, Sarra. The adaptation narrates Mari’s hunt for answers about her daughter’s death.

This wasn’t the first time her sister’s death got a fictional conversion. In 2011, Shannan’s fate received a TV version by the name 48 Hours. The following year, her story made it to another documentary titled Disappeared. In both projects, Sarah appeared as herself.