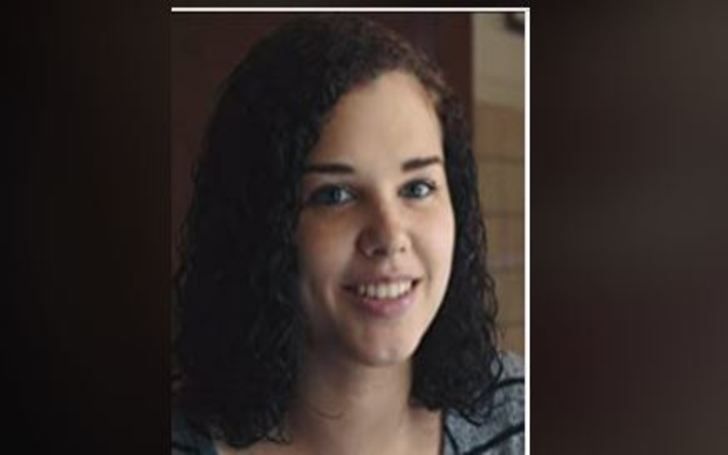 Sherre Gilbert is the daughter of a slain mother, Mari Gilbert, and the sister of the late Shannan Gilbert. She is one of the active-leading voices seeking justice for her sister who lost her life mysteriously in 2010.

The lives of each of the Gilbert family members have not been easy; from their childhood to adulthood. From financial hardships to abuse and the loss of their close people; they have endured it all.

So how is Sherre doing a decade after losing her sister and almost six years after the tragic passing of her mother? Where does she stand on the healing part? Is she married and started a family of her own.

Sherre Gilbert Was Born In Pennsylvania

Sherre was born in Lancaster, Pennsylvania in 1987. Her late mother, Mari worked at a Walmart. During her death, Mari had four grandsons and was engaged to Elroy J. Shulterbrandt.

While not much about their father is known, he was once reported as schizophrenic and a heroin addict.

She Was A Victim Of Molestation

Sherre had it rough growing up. She was raised by a single mother who often faced poverty. Furthermore, she and her sister, Sarra became the victim of sexual abuse from her mother’s boyfriend. Also for the most part of her life, Sherre had a cold relationship with her mother, though they had reconciled during the latter’s death.

Shannan Maria Gilbert, the eldest daughter of Mari went missing on Long Island on May 1, 2010. More than a year later, the police found her on December 13, 2011, in a marsh at Oak Beach, according to Oxygen.

Before she went missing, Shannan, a sex worker, had gone on to see a client. Before she disappeared, 911 received multiple calls, where reportedly Sherre’s sister, herself was panicking. In the conversation, the deceased resident of New Jersey allegedly screamed “They’re trying to kill me!” according to PIX11.

However, it is still unclear clear who she was referring to.

Who Killed Her Sister, Shannan Gilbert

Police initially concluded Shannan died because of accidental drowning, according to NBC New York. Later, a medical examiner later ruled the cause of death was hard to construe.

After some time, the Gilbert family led by their mother, Mari asked a forensic pathologist to conduct an independent autopsy on Shannan’s remains. The results reported that her death was consistent with homicidal strangulation. As such a small bone in her throat was missing, which consequently indicated that it was fractured when the perpetrator killed her.

Shockingly, a few days after they had found Shannan’s corpse, the police discovered the remains of 10 other people along Gilgo Beach. Interestingly, four of the victims who had lost their life to strangulation were all sex workers.

What Sherre Gilbert Had To Say After Her Sister’s Death

Although Shannan’s body discovery was the push to investigate the suspected serial killer of the Long Island, law enforcement resisted her death as a murder. This left Shannan’s family fighting for answers to this day.

When asked why she thinks it was a homicide, Sherre answered saying all the dead women, including her sister were an escort. She also reported that her elder sister was meeting a man named John that night.

What’s more of one of the top suspects in the Long Island murder case was John Bittrolff, a Suffolk County resident who had been reportedly convicted of murdering two prostitutes.

Sherre along with her mother, Mari were adamant that Shannan was definitely a victim of the Long Island serial killer. She said her deceased had other dreams as well. As per Sherre, she wanted to be a singer, an actress and was also going to school to be a writer.

On July 23, 2016, Sherre’s younger sister, Sarra killed her mother with a fifteen inches knife, reports Daily Freeman. She stabbed her own mother 227 times and hit her with a fire extinguisher.

The Gilbert family’s attorney, John Ray, reported to PIX11 about what happened to Mari. The lawyer explained Sarra had invited her mother over to her apartment because she was hearing voices. Fact: She had initially called her elder sister, Sherre.

The mother of four daughters then went to see if she was alright but ended up losing her own life.

It was a call from Sherre, asking the cops for a welfare check on their mother, which led to the discovery of the crime where Sarra had killed Mari.

The judge, however, said he would make sure Sherre’s sister gets the mental health treatment she needs.

Mari’s killer stood, swaying silently, beside her attorney Ray but later sobbed briefly and asked for mercy. Her son, Hayden’s custody went to the relatives of his father.

What She Said About Her Sister Killing Her Mother

After her sister, Sarra’s sentencing Sherre said she and her family tried to help her, but she would only get better for a short period of time and then get worse again.

The second daughter of Mari added her sister belonged in a place where she could receive treatment and not in a prison.

The streaming giant Netflix released the story of the Gilbert family in 2020. In the movie, New Zealand actress, Thomasin Mackenzie played the role of Sherre.

Where Is Sherre Gilbert Now?

After experiencing the deaths of two beloved family members, it is given that Sherre must be scarred for life. She nonetheless has embarked on a journey to become an activist advocating for sex workers like her sister, Shannan. Helping her in all these is her younger sister, Stevie Gilbert.

Sherre owns a Twitter profile, albeit secured. Additionally, she has a Pinterest profile. And as such it appears she has quite an interest in fashion and home designs, among others. Reports suggest she is in her mid-30s currently residing in Ellenville, New York. Reportedly, she also has not left the village in Ulster County since Mari moved there.

Is She Married? Does She Have Children

One can easily assume the deaths of Shannan and Mari are never far from her mind. She, however, has been reported of being a mother of a boy. Though, it is unclear who her husband is. As mentioned she affiliates herself with social sites but is nowhere near sharing about her personal life.