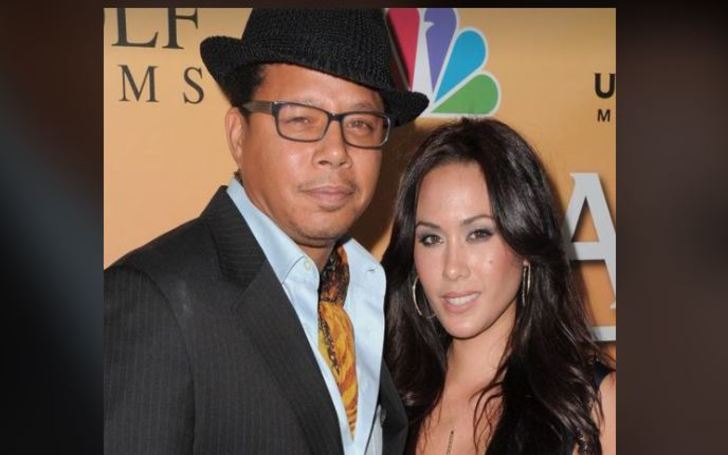 Michelle Ghent is the ex-wife of actor, Terrence Howard, known for playing Lucius Lyon in FOX’s series, Empire. Ghent is the second wife of Howard; the couple was together from the late 2000s to the early 2010s.

Michelle and Howard’s relationship involved quite the drama with both parties saying quite a lot about each other all for the public’s grasp. For years they reserved headlines for their seemingly tumultuous marital ride.

Take a look back at how the two became fodders for the tabloids during the year 2011. Also, know all about, Michelle Ghentbirth details, career, relationships, & much more.

Ghent as per some reports was born around 1977. Already in her 40s, Michelle has remained anonymous for the most part of her life. In fact, she only became a subject of curiosity after she met her ex-hubby.

She reportedly met her future husband, Terrence Howard, when she was working as a production worker.

Other than the aforesaid pieces of information, though, the things to say about Ghent becomes ridiculously puzzling; mainly if it is about her life before the late 2000s.

Accordingly, the facts relating to her early life, parental background, and her ethnicity are something akin to a perplexing riddle.

In the late ’90s, Michelle used to work at Jeffries Technologies in LA. After that, former Ms. Howard became a talent coordinator
at MJZ, a commercial production company in West Los Angeles. She next would serve as a production coordinator at Go Film.

In 2005, she got the job as a production designer coordinator at Eric Beauchamp. The same year, she also got the position at World Hero, LLC. She would remain at World Hero and Eric for three years before becoming managing partner at Shells To Gold Couture.

When Ghent was in a relationship with her former husband, Howard, she worked as a managing coordinator to talent for his Al Chemist Productions Inc. As per some reports, she currently co-owns some sort of online store by the name, Fallyne Collection.

Michelle And Terrence Howard Marriage Was A Secret

Howard and Ghent married in January 2010 in Los Angeles. Their marriage was rather out of the blue.

In May 2010, while attending the Cannes, Howard let the news of his marriage to Ghent slip to CNN’s Anderson Cooper. The Iron Man star at the time said, “To come here and be with my wife, it’s the best feeling in the world.”

The Summary Of Michelle And Terrence Divorce

Michelle Ghent filed for divorce from the Ohio-born actor in February 2011. Later that year, she also requested a restraining order accusing Howard of being physically abusive toward her.

They finalized their divorce in May 2013. Michelle initially won $5,800 per month but later asked for more in light of the fact that Howard’s started to earn more from his hit show, Empire.

The court, however, overturned the initial agreement in 2015 after a judge ruled Howard had agreed to some divorce conditions under the coercion of Ghent threatening to sell nude pictures of Howard and other personal information.

In addition To Beating Howard Also Cheated On Michelle Ghent

When Ghent first filed for divorce, she accused Howard of domestic violence and infidelity.

She had also asked for spousal support and requested the Cleveland native pay her legal fees.

The Los Angeles resident and her team claimed both during and after their marriage, Howard physically beat and emotionally abused her. She sued Howard for intentional infliction of emotional distress and defamation.

Ghent alleged that Howard started abusing her just a week after their marriage and had, at some point, even threatened to end her life.

Their divorce became official in May 2013.

Then in July 2013, she once again went to court and claimed her former husband punched and choked her during an attempted reconciliation in Costa Rica.

After that, Ghent with a black eye – ordered a temporary restraining order against Howard.

In response to his former wife’s black eye blame, Howard, on the other hand, filed his own legal papers to deny the allegations made against him. He countered saying Ghent was instead blackmailing him.

The Academy nominee stated that Michelle was threatening to release his private materials to external parties for her own financial profit unless she received monetary compensation.

Howard accused her of being deceitful. He maintained he never laid a finger on her.

Allegedly there were also some hostile text messages which Terrence received from his ex-wife. And in one of the texts to Terrence, she allegedly wrote, “I’m just insane. I went to a crazy institute.”

To the police, the father of five said Michelle once tried to commit suicide. He also reported taking her to the hospital where she was diagnosed with paranoia.

In August 2015, Howard and his team reportedly provided audio recordings of Ghent where she threatened Howard to give her the settlement she requested, or she would release intimate videos of them. As per the recordings, she also threatened to disclose the actor’s damaging medical records.

During the 2015 hearing, the court also heard a recorded phone call between Michelle and Terrence. It featured Howard professing his love to Ghent shortly after he married Pak in October 2013.

“I will never love someone as I loved you. You are my dream of all time.”

Ghent then asked Howard why he broke her heart repeatedly and why he married Pak if he still loved her.

To this Terrence replied, he needed a chance to be OK and to just settle.

Michelle Lost The 2015 Case Against Her Former Partner

After hearing the call records, the judge although ruling the case in Terrence’s favor in Spousal Support Dispute, still called him a “Bully.”

The judge in L.A.’s Superior Court decided to rule in Howard’s favor. He overturned the initial spousal support agreement and ruled the Hawaii Five-O actor signed them under coercion.

Howard also requested a restraining order, claiming that his ex-wife maced him and assaulted his adult daughter as well as another family member. The court, however, denied his request.

In 2019, Michelle Ghent Won Over $1 Million From Terrence Howard

In June 2018, the Blast obtained some court documents that said Michelle Ghent claiming Howard hid his Empire money from her and owed her in excess of $1 million in back support.

This time, the second wife of Howard prevailed and in 2019, the court ordered Terrence to pay Ghent a hefty sum.

Terrence Admitted To Cheating On Michelle

Of all the allegations his former spouse threw at Terrence, he has admitted to cheating on her during their engagement with multiple women. The Family Matters star though explained he did so primarily because he and Ghent were not “sexually compatible.”

Howard said he still decided to marry Ghent because he was a Jehova’s Witness at the time and believed he should try to be monogamous.

Michelle Ghent Allegedly Had Herpes; She Also Did Some Drugs

In one of the interviews, Howard stated that either he gave Ghent herpes or she gave it to him. Ghent, however, denied any wrongdoing.

Michelle Ghent And Terrence Life After The Divorce

Some months had passed since the court finalized Howard and Ghent’s divorce, and the former exchanged vows with model and restaurateur Miranda Pak. The two remained in a marital union for two years before divorcing in 2015. Before that, they had one son. They, nonetheless, reconciled and welcomed another son in 2016. Two years later, they got engaged for the second time in Dec 2018.

Way before Miranda and even Ghent, Terrence was the husband of Lori McCommas with whom he had three children, Aubrey, Heaven, and Hunter.

On the other hand, there’s not even the slightest mentioning that could have explained what Michelle’s current romantic facet looks like. And the fact that – the brunette is seemingly quiet around socials – hasn’t helped much either.

The knowledge as to whether Michelle is married or has children with the new partner, for now, henceforth, remains to the people inside her circles only.