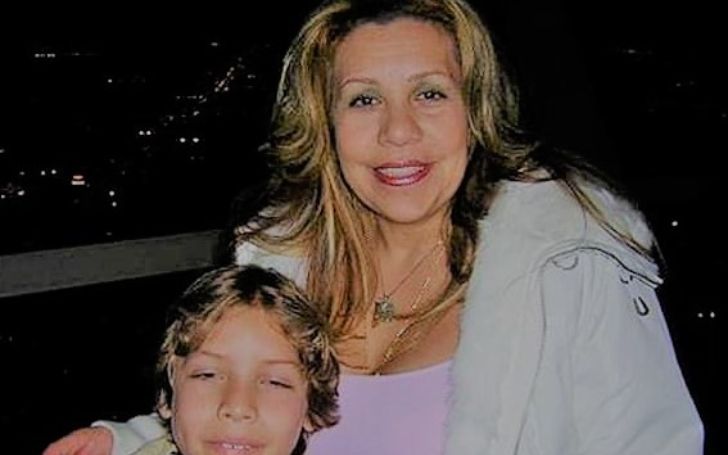 Mildred Patricia Baena is a former housekeeper of the famous actor and bodybuilder Arnold Schwarzenegger. She is known to the world for all the wrong reasons, mainly because of having an illegitimate relationship with the seven times Mr. Olympia winner. Patricia worked as a housekeeper for Arnold for 20 years.

All of the people know her for being the infamous housekeeper. But did you know that she was also married at the time of her affair with Arnold? Who was her husband? Who is the love child? How did people find out about the affair? There are a lot of hidden facts and details regarding the incident.

Similarly, people also blame her for the divorce between Arnold and his then-wife Maria Shriver, well is it true? Today we will uncover all the truth and mystery surrounding Mildred Patricia Baena, Joseph Baena’s mother.

Who is Mildred Patricia Baena? Details Regarding Her Early Life and Age

Baena has a sister named Miriam Peña. Regarding her racial background, Patricia belongs to Guatemalan ancestry and is an American by nationality.

Similarly, talking about her education many tabloids claim that she has earned a degree in Culinary Arts. However, not much is known regarding further studies.

Mildred Patricia Baena Had an Affair with Arnold Schwarzenegger

Arnold’s former mistress Mildred Patricia started her career working as his secretary and housekeeper in the early 90s. She reportedly worked there for over 20 years. At the time, the megastar was married to Maria Shiver and Patricia on the other hand was married to her husband Rogelio Baena.

Despite both of them being in a relationship the two reportedly started having romantic affairs. Sources claim that whenever Arnold’s wife went out for work, Baena would wear her clothes and jewelry and jump into the bed with the seven-time Mr. Olympia.

Just a few days later, Patricia also gave birth to her son Joseph Baena on October 2, 1997. At first, everyone thought that the child was of Baena and her then-hubby Rogelio. He was even mentioned to be the father of Joseph as per the birth certificate. However, when the child was a toddler he started resembling Arnold, which made everyone in the household more and more suspicious about the affair

The former housekeeper was confronted by Arnold’s wife regarding the child’s actual father. After years passed, the child started to resemble closely to Schwarzenegger rather than Patricia then husband Rogelio which made Maria quite suspicious about who the father was. She ultimately decided to ask Patricia and after some back and forth, according to Radar Online Baena broke down in tears and came clean about her affair with Arnold.

Similarly, after the confession, Maria was heartbroken and with anger and sorrow, she went to confront her husband telling him that she knew his 13 years secret. The Terminator actor also came clean about the matter and confessed his affair with Baena. Despite knowing the truth Maria still didn’t want to go public as she didn’t want to hurt Arnold’s Image.

The former first lady of California filed for divorce with Arnold in July 2011. However, the divorce was finalized on December 28, 2021. The couple was together for 25 years. The mother of four decided to walk down the path of divorce mainly because of Arnold’s illegitimate relationship with Mildred Patricia Baena who was the housekeeper working at Schwarzenegger Brentwood mansion since the early 90s.

Shriver wanted shared custody of their children, spousal support from the seven times Mr. Olympia winner, and payment for her attorney. As for a fact, the former couple had already announced their split back in May, months before their actual divorce. About the separation, he said,

At this time, we are living apart, while we work on the future of our relationship, We are continuing to parent our four children together. They are the light and the center of both of our lives.

Since the incident, Arnold is quite shameful of what he had done, and in an interview with Men’s Journal, he said, how much he beats himself up is not gonna change the situation but he would instead focus on having a nice relationship with his kids. In fact, Arnold has four children with Maria, which include Katherine, Patrick, Christopher, & Christina.

Mildred Patricia Baena Was Married During Her Affair With Arnold

Baena was already married to Rogelio Baena when she was involved with Arnold. The couple even shared a daughter named Jackie Rozo. However, their marriage details are still under the radar. As we already shed the light on the subject matter, Rogelio Baena was mentioned to be the father of Patricia’s son but when the truth came forward Rogelio filed for divorce in February 2008 because his wife had cheated on him with another man.

After the incident, the former housekeeper retired and stayed away from the media. Reportedly she is living with her children in her home in Bakersfield, Los Angeles, and is currently dating her boyfriend Alex Aguilar.

Arnold Career as a Bodybuilder and Actor

He was born Arnold Alois Schwarzenegger in Thal Austria on July 30, 1947. Arnold started lifting weights at the age of 15 and was crowned Mr. Universe at the age of 20. Moving on, he has also been crowned Mr. Olympia seven times. He is a well-respected and praised individual in the field of professional bodybuilding to date.

Apart from his career as a professional bodybuilder, he is also an actor. He got his first role when he played Hercules in Hercules in New York (1970) along with that he has also starred in other movies including Long Goodbye, and Stay Hungry. However, his breakthrough came when he played Conan the Barbarian and starred in the movie The Terminator.

The action hero has won multiple awards for his actions throughout his career including the Golden Globe Award for New Star of the Year – Actor, Golden Camera Award, Nickelodeon Kids’ Choice Awards, & Golden Raspberry Awards.

The love child of Arnold and Patricia seems to follow in his father’s footsteps. He is an aspiring actor. He is making his way in the acting industry and has acted in several movies, including Call of Duty: The Last Airshow, Bad to the Bone (2016), and Encounters.

Apart from being an actor, Joseph is also a bodybuilder. He already has great physics just like his old man and has participated in multiple bodybuilding and weight lifting shows. Likewise, Baena also works as a trainer, helping his clients achieve the perfect body they desire with his diet plans and exercise regime.

Mildred Patricia’s son has a bright future ahead of him and we wish him the best of luck in his career and future endeavors.

What Is Mildred Patricia Baena’s Net Worth?

She is estimated to have a total net worth of $500,000. Baena has accumulated her wealth from her career as a former housekeeper and secretary. She also owns a house in Bakersfield, Los Angeles, costing $170000 which Arnold gifted for her retirement.

On the other hand, Arnold Schwarzenegger is estimated to have a total fortune of a whopping $450 million. He has accumulated his net worth from his career as an actor, businessman, and former bodybuilder.